Americans are Stupid When it Comes to Global Warming

In honor, or dishonor, of Earth Day, a Gallup poll is conducted each year about Americans’ opinions on environmental issues. For 19 years, Americans have been asked to rate their personal environmental concerns and what level of action is required to solve these problems. Despite Al Gore and all of his efforts, public opinion has changed very little in almost two decades on this important global issue.

According to the Gallup poll, 61% of Americans say the effects of global warming have already begun, and they are right. March 2008 recorded the warmest temperatures ever over land surfaces of the world, even though the United States saw average temperatures. Despite these statistic, Americans are not personally worried. In 1990, 35% of Americans worried a “great deal” about global warming. Today, that number has only risen to 37%.

One thing that has increased is Americans’ understanding of global warming, which has increased from 53% reported 16 years ago to 80% currently; however, this understanding has not prompted action. Only 34 % of Americans believe drastic action is needed to curb the effects of global warming, but thankfully governors disagree. On Friday, 18 states signed a decree to reduce greenhouse gases due to federal impotence. “In the absence of federal leadership the states have stepped up,” said Kansas Gov. Kathleen Sebelius. For example, by 2050 California plans to reduce greenhouse gas emissions from all sources by 80 percent.

If Americans truly understand the current climate crisis, why don’t they think drastic action is needed immediately? According to the Gallup poll, Americans are more concerned with specific environmental issues, such as clean drinking water and air pollution, than looking at the bigger picture. Granted it is easier to be caught up in issues that affect your immediate health, but when it comes to climate change, all these individual environmental concerns add up to a very sick plant that needs our immediate attention.

Perhaps the reason for Americans’ stupidity on global warming stems from the increase in understanding about the issue. Peter Asmus of the Christian Science Monitor reports:

The success of the environmental movement in calling attention to the dangers of global warming has led to an ironic outcome: It’s become easier for the public to adopt a passive approach as we wait on world leaders to sign emissions treaties or huge corporations to “go green.”

I think Americans should heed the words of the Dalai Lama. Speaking at Crisler Hall Arena in Ann Arbor, Michigan, the exiled Tibetan leader explained, “Taking care of our planet, environment, is something like taking care of our own home. This blue planet is our only home.” 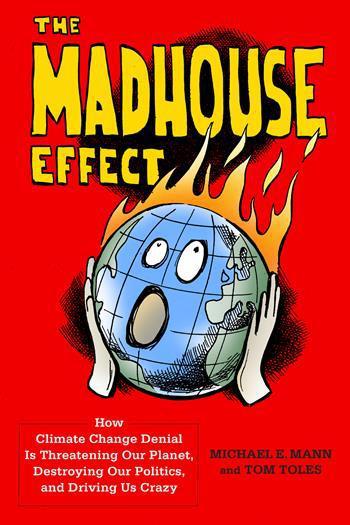