There is a reason that Germany has half of the world’s installed solar generating capacity, and it is not the Northern European country’s boundless sunshine. Renewable energy capacity has achieved such tremendous growth because of the German government’s aggressive energy policy.

The policy vehicle responsible for the rapid acceleration of the country’s renewable energy capacity, known as a feed-in tariff (FIT), guarantees a fixed-rate of return for homeowners and farmers who install solar, wind, small hydro, biomass, and methane capturing systems and sell their surplus electricity back to the grid. Germany has Europe’s highest feed-in tariffs, allowing consumers to earn around 40 euro cents ($0.62) per kWh compared to paying retail rates of 18 euro cents per kWh after taxes and support fees.

Electricity generated through Germany’s feed-in law produces about 50 terawatt-hours (billion kilowatt-hours) of electricity per year, or nearly 15% of German electricity consumption (1). This adds an average of only 1.01 euros ($1.69) a month to a typical home electricity bill.

Bu, despite the law’s success, conservatives in the German Bundestag want to ratchet back the incentives that support renewable energy development.

It seems that the members of the Free Democratic Party (FDP) and the conservative wing of the Christian Democratic Party (CDU) argue that solar generation is growing so fast that it threatens to over burden consumers with high electricity bills, according to an article in the New York Times.

Joachim Pfeiffer, a Member of Parliament who is drafting the plan to cut incentives, says solar power could end up adding 8 euros ($12.32) to a monthly electricity bill, “which would alienate even the most green-minded.”

Opposition to Feed-in Tariff is Not New

But calls for paring back the renewable energy feed-in tariff are nothing new, according to wind energy expert Paul Gipe. Gipe, an outspoken advocate of the FIT and has written extensively on on the subject wrote in an email, “The FDP and the conservative (utility) wing of the CDU have wanted to ratchet back the tariffs all along [and] It’s unlikely they will succeed.”

Other supporters of the German feed-in tariff point to the unparalleled growth in renewable energy capacity reason enough to maintain the system as it currently stands. “The general target is to mobilise all renewable options, producing a renewable energy mix and reducing the dependency on conventional energy over time,” says Hermann Scheer, one of the principal drivers behind Germany’s renewable resurgence.

So far, 15% of Germany’s energy comes from renewables, an increase of 11% in just eight years. “We could increase the speed of this growth if it weren’t for the barriers we’re facing at local and regional levels,” says Scheer.

Importantly, Gipe did add that the CDU could grant some concessions by throttling back on the proposed offshore tariffs “which are widely seen as a gift to the utility companies.”

I would argue that it would be foolish for Germany to nip the most successful renewable energy policy this planet has ever seen in the bud. Especially with the certain increase in demand for electricity, and the rising pressures on the coal-industry in Germany, Germans may be better off absorbing a slight increase in their electricity bills that is calculable, as opposed to drastic increases used to offset certain shortages.

Other posts about feed-in tariffs and German energy policy:

Photo: Jeff Poskanzer via Flickr under a Creative Commons License 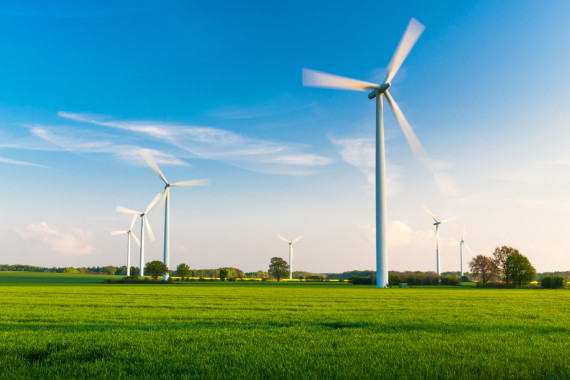