On Tuesday, the Bush administration moved to accelerate oil-shale development across the Rocky Mountain West. Along with calls to lift the moratorium on offshore drilling, and open up the Arctic National Wildlife Refuge to oil drilling, Tuesday’s release of proposed rules for shale exploration (pdf) by the Bureau of Land Management was merely another shot across the bow in the political blame game over $4-per-gallon gas.

[social_buttons]The draft rules recommend reduced royalty rates for the extraction of oil from shale on 2 million acres of public property in Colorado, Utah and Wyoming. While the government currently charges 12.5% to 18.8% for conventional oil drilling, oil shale development would be set at around 5%.

According to Secretary of the Interior, Dirk Kempthorne, shale deposits in Colorado, Utah and Wyoming could provide 800 billion barrels of oil, enough to meet U.S. demand at current levels “for 110 years.”

But the Interior Department is limited in what it can do. Language inserted in a spending bill by Senator Ken Salazar (D-CO) bars the department from issuing final rules on oil-shale development. Though the moratorium is set to expire this October, Sen. Salazar said on a Denver radio station Wednesday that it would probably be extended for another year, so that the issue of oil shale development could be given a much closer look. Salazar said:

“The administration is trying to set the stage for a last-minute fire sale of commercial oil-shale leases in western Colorado, despite the fact that we are still years away from knowing if the technologies for developing oil shale on a commercial scale are even viable.”

Tens of millions upon millions of people all over the southwest rely on water from the Colorado for everything from growing crops to meeting drinking water needs, making it one of the most heavily used and managed water systems in the United States.

Shell not in a hurry to develop oil-shale

Shell Exploration & Production Co. is working an oil-shale project on three 160-acre parcels in Colorado but the company seems to recognize that the technology to squeeze billions of gallons of oil from the rocks of the Rockies is not high on the company’s list of priorities. According to the Denver Post:

So, what’s the rush to hand out these oil leases now? Even the BLM report states that “currently, there is no oil-shale industry and the oil-shale extractive technology is still in its rudimentary stages.”

The lack of a domestic oil-shale industry makes it purely a speculative endeavor to project the development of the technology necessary to extract oil-shale, the future demand for oil-shale leases, and the costs of developing those resources.

After another day of falling oil prices, the hurried rush to hand out oil shale leases for hundreds of thousands of acres of the Rocky Mountain West is merely another knee-jerk reaction from a Bush administration that is struggling to gain political favor in an election year. But that begs the question – who’s favor are Republicans trying to gain?

Despite what Republicans would have you believe, this election will be about much more than gas prices. And if Republican strategists think otherwise, they’re in for a big surprise in November.

Photo Credit: dsearls via flickr Under a Creative Commons License 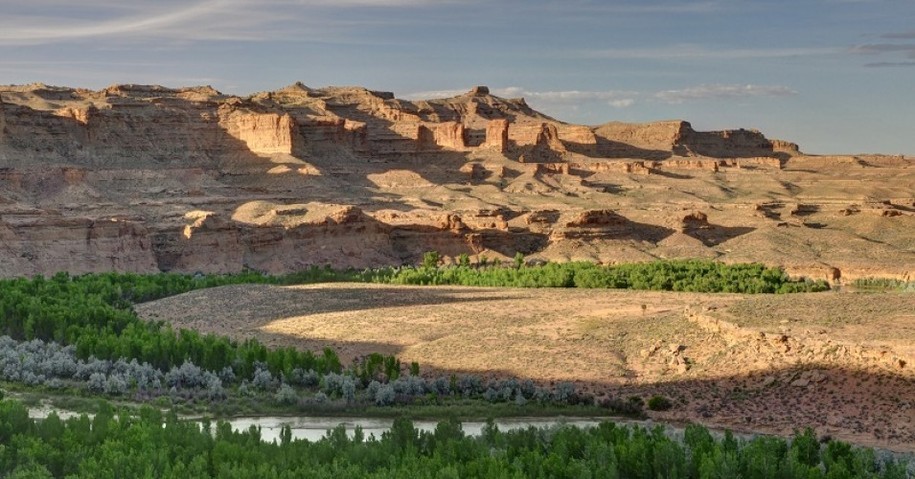