European Union officials are studying plans for an international wind power grid in the North Sea that could provide energy generated from renewable sources to 70 million European homes.

The proposed offshore grid would be more than 3850 miles long, and connect more than 100 wind farms, containing a total of 10,000 turbines to seven countries, including Britain, Denmark, France, Norway, Germany, Belgium and the Netherlands.

The plans, based on a report written by Greenpeace and environmental consultants 3E, assume that 68.4 gigawatts of capacity, across 118 identified wind farms, will be in place across the North Sea within 10-20 years, and could meet an impressive 13% of the annual energy needs of the countries involved.

In the past, the variability of wind speeds has been a limitation of wind power since it threatens continuity of supply. The report’s authors used scientific data on wind speeds to suggest that this variability could be stabilised within a grid system and supplemented by hydropower from Scandinavia.

Senior European energy officials have given the plans a positive but guarded reaction, calling them “ambitious but realistic.” Further talks on EU renewable energy policy are due in November, and it is now likely that the proposals will form a key part of discussions on how Europe can meet its target of sourcing 20% of its energy from renewable sources by 2020.

Greenpeace say the plan would cost between €15bn and €20bn, but would promote cost efficiency and opportunities for power trading, thus eradicating the need for planned EU investment in ‘clean’ coal and nuclear.

Image Credit – phault on flickr via a creative commons license 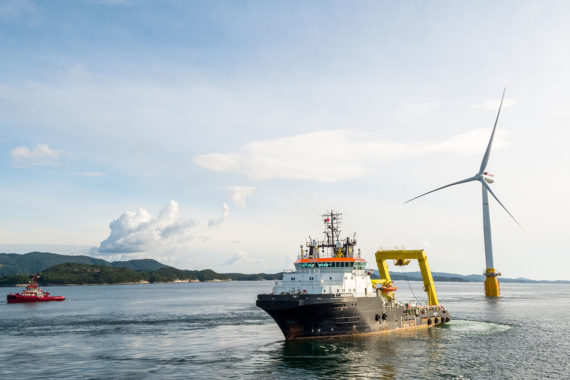