In a high profile campaign, West Virginia citizens have asked for a last minute ‘stay of execution’ against the imminent destruction of the site of a proposed wind farm on the state’s Coal River Mountain. Handing in a petition, signed by more than 8,000 residents, campaigners today called on State Governor Minchin to make good on his commitment to support the development of renewable energy in the state, and order a halt to the destruction of an area with enough wind power potential to supply 150,000 homes.

Richmond, Va. based coal company Massey Energy has announced plans to commence blasting at the site tomorrow (10th September), in an operation that will reduce the height of the mountain by 500 feet and free up ten square miles for coal mining activities.

Speaking today, Lorelei Scarbro, community organizer with local pressure group Coal River Mountain Watch said, “Once the demolition begins, it will be very difficult to stop it, and once the mountain is removed, it won’t grow back. The potential for wind energy and good jobs will be gone forever, along with our renewable water and forest resources.”

The threat to the mountain, the last in the area to escape the legacy of decades of coal mining, has resulted in an extraordinary mobilization of community power in support of renewable energy proposals. As well as the proposed wind farm, which residents say would provide 50 permanent jobs, there are plans for sustainable forestry and mountain-based tourism activities.

If the blasting gets the go ahead from the state capitol, it’s likely to send out a negative message to potential investors in green energy in the state, in stark contrast to recent strong support for renewables in states such as Colorado, Pennsylvania and Florida.

Other posts on wind energy: 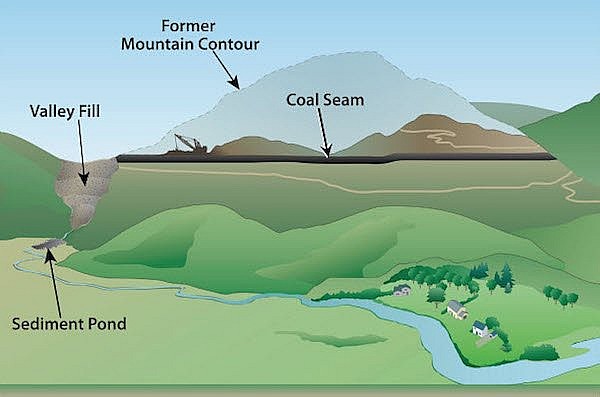