The U.S. Department of the Interior reports that they will start spending the stimulus money granted them in February, and among the $140 million-worth of projects is $15.2 million for Louisiana Governor Bobby Jindal’s favorite activity: volcano monitoring!

This has been covered before, but it’s too good to let go easily. The complete disregard for actual science shown was thrown back in Jinda’s face immediately, but the volcano gods joined in only a month later when Alaska’s Mt. Redoubt erupted. Residents of the area had been warned two months earlier than eruption was pending, and perhaps as a result there were no major incidents when the volcano finally blew. Department of the Interior Secretary Ken Salazar said that the Alaska Volcano Observatory’s “top priority is to prevent repetition of the incident that occurred during Redoubt’s eruption 19 years ago, when a Boeing 747 passenger aircraft strayed into an ash cloud and nearly crashed.” Eh, who needs monitoring, right?

The DOI’s announcement included other projects as well, including $14.6 million for updates to streamgauges. The US Geological Survey maintains a network of 7,500 of the streamgauges, which are used to monitor streamflow and which Salazar said were important in keeping track of the floodwaters that recently threatened North Dakota.

“Stream flow monitoring is critically important to our understanding of the effects of climate change on water availability in some regions of the nation, and accurate long-term streamflow information is necessary to determine how water managers can respond and adapt to these changes,” Salazar said.

Few will argue with the spending on these types of projects (well, one hopes), and most likely few would even notice it happening if Gov. Jindal hadn’t erupted. The backlash against that one ill-advised rant, though, highlighted the growing trend of distancing science from politics. Not long after the volcano monitoring flap, President Obama’s move to allow federal funding for embryonic stem cell research was punctuated by his statement that scientific decisions should be “based on facts, not ideology.” As the volcano-monitoring money starts to flow, we can hope that the separation of science and state will become the norm rather than the exception.

Dave Levitan Dave is a science writer focusing on science, health and the environment. You can find other examples of his work at davelevitan.com. Follow him on Twitter @davelevitan. 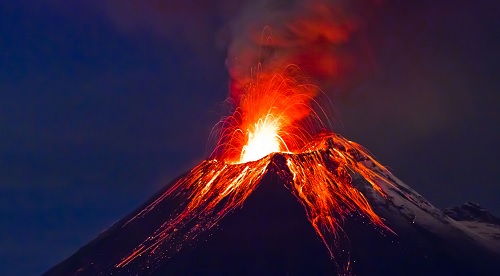 How much CO2 do volcanoes add? And does that affect climate change?