Urban Spaces – once concrete jungles of pollution – are starting to realize the potential for green living, and the race is on for which city can push that envelope the furthest.

That was the thesis put forward during today’s Marketplace of Ideas panel, which featured Chicago Mayor Richard Daley and was hosted by the Drum Major Institute for Public Policy (DMI).  Mayor Daley spoke about the realized benefits of green roofs, a design that Chicago has embraced with more than 600 roofs either in construction or completed, totaling more than 7 million square feet green of space.  These roofs cool the city, absorb rain water and air pollution, provide jobs for their installation and maintenance, and even provide folks with quality of life improvements.

Daley in a nutshell:  Green Roofs are great.  Every city should be looking to get them.  But the process of organizing to get there is complex.  First the city must lead by example, because no one likes being told to go green when the ones doing the telling don’t bother to green themselves.  Second, you need everyone — be they corporate or non-profit — on the same page.  Mandatory green roofs might work for Canada, but here… well, let’s just say that the Free Market, despite it’s failures, still has a roll to play in the Windy City.  Daley sees Chicago as the environmental city of the future (and he has some good evidence to back him up), and he sees the green movement in general and green roofs in specific as a great draw for businesses and people trying to decide which city to move to.

>>Read More about Green Roofs on Red, Green, and Blue

The Marketplace of Ideas is a program designed to identify successful progressives polices around the country and the world, then try and discover how those policies apply (and don’t apply) to New York.  The panel, moderated by DMI Executive Director Mark Winston Griffith, was filled with New York policy folks who are connected to Green roofs themselves.   Panelists included David Yassky, a New York City Councilman; Miquela Craytor, the Executive Director of Sustainable South Bronx, and Carter Strickland from the New York City Mayor’s Office of Long Term Planning and Sustainability.

Preaching to an Ever-Growing Choir.

It is always fun (for me) to listen to progressives wax lyrical about the benefits of environmentalism, but this time it was also tinged with some good old competitive fervor.  New York and Chicago are competing, some times in friendly ways and sometimes in much more financial ones.  In this spirit of competition, New York has some great things going for a young urban environmentalist, but Chicago is kicking our butts when it comes to green roofs.    It is that spirit that has Bloomberg one-upping Daley with his Million Trees plan, only to have someone like L.A’s Mayor Antonio Villaraigosa come back over the top with a Clean Ports project.  As these cities compete to out-green each other, their humble citizens keep winning.

To my disappointment, the only guy there representing the machinations of city gov’t, Carter Strickland, seemed pretty non-pulsed about the whole panel.  He brought up a lot of cost concerns, and started by talking about “white” roofs, essentially whitewashed roofs to decrease the city Heat Island effect.  It was pointed out that they only provide a small portion of the benefits of green roofs, but the reality of the Economic Disaster ruled the day (at least from Strickland’s perspective).  I suppose I have to take to heart the theory that each environmental situation calls for a different approach.

Alan Smith Alan Smith is a Freelance Producer in Brooklyn New York who’s been fortunate enough in the past to work on a Peabody award winning radio show (the Brian Lehrer show, WNYC Radio) and an Emmy nominated TV program (Brian Lehrer Live on CUNY TV). Other highlights include PhilanthroMedia, a new media company which works for social change with non-profits and foundations across the globe. In my spare time, I’m interested in the science and politics of the current green movement, and write about those things in and around whatever else crosses my grill at www.livingtheamericangreen.org 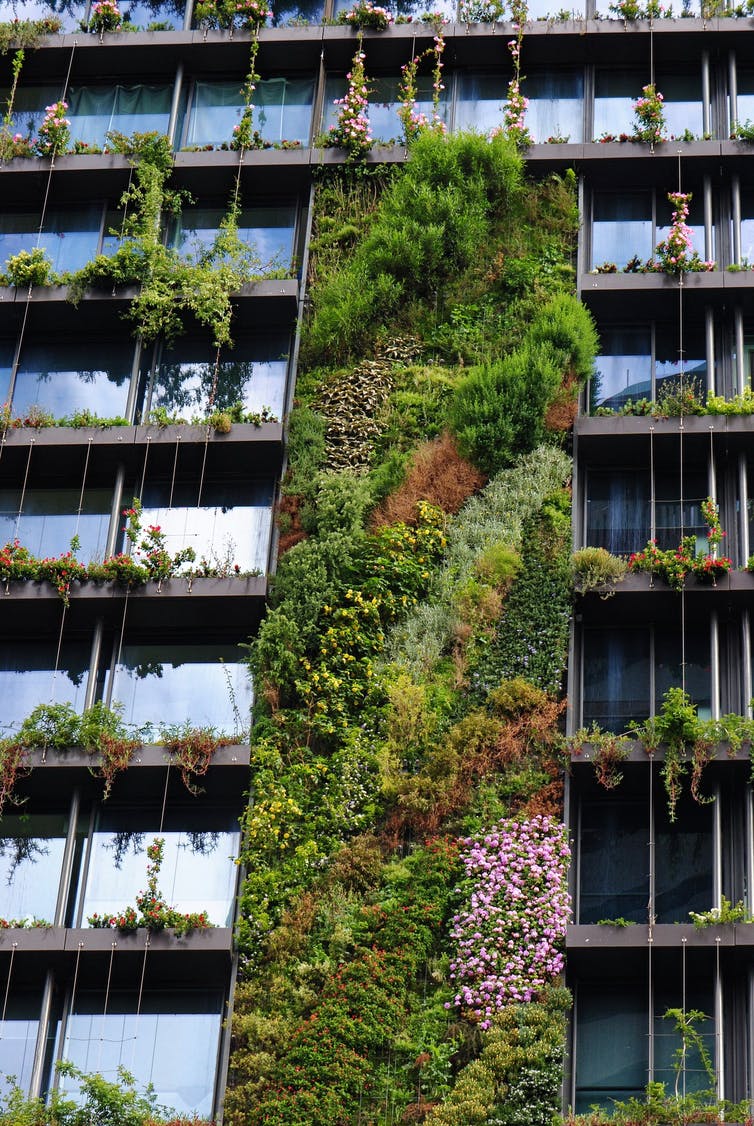 Greening our grey cities: here’s how green roofs and walls can flourish in Australia