Hey Red States, Get With the Freaking Program!

Republicans are not just talking about slowing progress on clean energy, energy efficiency, and climate change, they’re doing it…by doing nothing about it.

I’m over it.  There’s a lot of phooey balooey about compromising, reaching across the aisle, Republicans and Democrats working together, a spirit of bipartisanship, a ‘new kind of politics’…

I’m done.  Republicans have made it clear they don’t care.  Nope.  Not one iota. And they won’t compromise, even though they’re an ever-shrinking minority with no leadership, national vision, unified agenda, or interesting alternatives to Obama’s progressive agenda.  No way they’re going to let us wacko, socialist lefties have our way.  Ain’t gonna happen, Bubba.

We have to move on.  We don’t need the few dwindling hangers-on of Rush Limbaugh’s angry white man culture of hate, mistrust, and relentless pursuit of global environmental destruction.

“But wait, Scott,” you say, “we’ve worked so hard to get them to buy in, and now everyone’s paying attention to environmental issues.”  Phooey, I say.  It’s a ruse.  Let’s look at the facts.

When Bush needed allies in his desperate search to discredit climate change (arguing in his debate against Al Gore that there was not consensus in the scientific community on whether climate change was real), Exxon Mobil offered money (through an NGO front group) to scientists who would cast a shadow of a doubt on global climate change science.  Never mind that climate change is accepted by 99% of the world.  It was enough to delay action for 8 very costly years.

So the Mayors of left-leaning cities took it upon themselves.  The US Mayors Climate Protection Agreement has been signed on to by Mayors across the country.  This map shows the current participation by city.  Let’s see:  lots of cities in California, Oregon, Washington, the Northeast, Illinois, Minnesota, Wisconsin, Michigan…little or no participation in Utah, Wyoming, Idaho, Texas, Nebraska, Kansas, South Dakota, Oklahoma, Alabama, Georgia, Arkansas, Louisiana, Mississippi, North Dakota…what is this reminding me of?  Gosh, I can’t quite put my finger on it.  Let’s look at some more facts and maybe it’ll help me remember.

Ah.  Here’s another map of Regional climate change Initiatives.  They include the Regional Greenhouse Gas Initiative (RGGI), the RGGI Observer, the Midwestern Regional GHG Reduction Accord (MRGHGRA), the MRGHGRA Observer, the Western Climate Initiative (WCI), and the WCI Observer.  Looks like we have strong participation and accords in the Northeast, Minnesota, Wisconsin, Michigan, Illinois, California, Oregon, Washington, Montana, New Mexico, Utah, Arizona and Kansas…and no participation from North Dakota, Nebraska, Oklahoma, Texas, Arkansas, heck, the whole southeast and most of the middle of the country.  This also vaguely reminds me of another map…I, hmm…still can’t quite place it.  Maybe some more data and facts will help jog my memory.

How about states that are concerned about vehicle pollution in terms of greenhouse gases?  California took the lead and decided it wanted to regulate tailpipes of vehicles not just for smog, particulates, and other pollutants, but also of greenhouse gases.  This is truly groundbreaking, because there is no way for a car company to produce a gas-guzzler and get tax credits for it just because it’s a flex-fuel vehicle.  Did you know that thanks to our willingness to compromise with conservatives, our watered down clean air laws make it such that we’re using tax dollars to subsidize purchases of vehicles that get 20 miles per gallon, simply because they’re “hybrid”?  It’s true.  Here’s the map of states that are adopting this very progressive policy with California:

This is starting to look familiar.  I’m almost getting where I’ve seen this pattern before.  Let’s see, the Northeast, the west coast, Florida…and no participation from the middle of the country, Texas, the southeast.  *Note that this policy has since been adopted by the Obama Administration, making the policy moot, but reinforces the point that these progressive states are leading the nation forward.

What about renewable energy?  The mix of energy that we use in this country contains a paltry 3.1% clean, renewable energy (wind, solar, geothermal, etc.), unless you count large hydro facilities, which brings the total up to 10%.  We can do better, right?  Last week, we compromised with conservatives in Congress, who weigh in with such a minority (somewhere between bean-pole and featherweight class) right now, and moved toward a national standard that would require a “whopping” 15% of our renewable energy to come from clean, renewable energy by 2025.  Sounds good, I guess, until you consider that we abandoned a much more ambitious 25% (the 25 by ’25 movement) so that conservatives would stop their belly-aching.  So, once again, with lack of federal movement on the subject, I guess it’s up to the states.  So which states have mandated Renewable Portfolio Standards (RPS)?  Let’s look at the map:

OK, now we’re talking.  First, let’s acknowledge that Texas has stopped talking about seceding from the nation long enough to get in the renewable energy game.  But wait, what’s this?  Texas’ RPS is not a statewide mandate of a certain percentage (for example, New York, Illinois, Connecticut, Minnesota, New Jersey and Oregon all have RPS’s above 20% by 2025) of their total power use, but is a meager goal of 5,880 MW of power by 2015?!  Well shucks.  For the state that consumes 12% of ALL THE POWER CONSUMED IN THE U.S., you’d think they’d want to be a little more aggressive than making less than 1% of their power clean and renewable.  I mean, this creates non-exportable jobs for a state that has incredible wind and solar resources.  You’d think they’d be all over that action.

But I digress.  So if you also remove Iowa (similarly wuss-ish mandate of 105 MW), and Utah, Virginia, and Missouri, all of whom have ‘voluntary’ RPS, what are we left with from this map?  Hmmm…west coast, northeast, Minnesota, Wisconsin, Michigan, Hawaii, Colorado, New Mexico… with LITTLE OR NO PARTICIPATION FROM THE SOUTHEAST, ALASKA, OR THE MIDDLE OF THE COUNTRY.

Oh, NOW I remember, these are all looking a lot like the electoral college maps I lamented in 04 and celebrated in 08. Here’s Barack Obama’s victory map in 2008:

Global warming is real.  Climate change threatens our existence as we know it.  Peak oil is going to wreak havoc on world economies.  Global water shortages are a ginormous threat few people are even thinking about, and yet, here we are, with the same old Texas two-step.  Conservatives sticking to their guns, by gum.  Denying climate change.  Republican National Chair Michael Steele arguing that, in fact, our earth is cooling, not warming.  Representative Joe Barton (R-TX) truly believing that he outsmarted Energy Secretary Steven Chu, a Nobel Prize Winning scientist.   Just this week, red state belle Georgia announced perhaps the stupidest use of  stimulus money intended for modernizing our energy infrastructure and curbing Greenhouse Gas emissions.  Red state Kansas regresses to the stone age, approving a new coal fired power plant as soon as their Democratic governor leaves to become Secretary of Health and Human Services.  Red state Utah regresses to the stone age, with a new governor who doesn’t believe in human-caused climate change, as soon as their progressive Republican governor Jon Huntsman goes to DC as another Obama appointee.

Thomas Friedman, in Hot, Flat and Crowded, noted that America is in a heap of trouble and needs to stop our obsession with being as ‘dumb as we wanna be’.  We simply can’t afford it.  But somehow, this high-brow, ivory tower, elitist, liberal argument isn’t resonating with the red states.  We need a new approach.  Let’s see, what would work?…

“Hey Red States!  What are you, wimps?  We pounded you in November and now you’re too much of a sore-loser to get on board and try to save the world that you’re screwing up for your children?  We’re crushing you in clean energy.  I mean, we practically invented green business to create a profit motive for environmental protection JUST TO GET YOU INVOLVED, because we figure that’s all you care about.   You stink!  Look at those maps up there.  You’re pathetic and weak.  You’re letting a bunch of left coast sissies whoop you?  I know spotted newts with stronger backbones and more comprehension for science than you all.  You make me sick.  Stop making excuses, be a freaking man, and get with the freaking PROGRAM, you turd-burgling cow-tippers!!”

[If this is what it takes, taunting you like a bully on a playground, to get your juvenile attention, than that is what I will do.]

*Disclaimer:  I have a lot of very intelligent Republican friends.  No, really, I do.  And for the most part, they are very frustrated with their party’s lack of action on issues that are no longer dividing the country.  In fact, several of them feel that unless they do get with the freaking program, their party stands a very good chance of being a tiny minority for a very long time.

Scott Cooney is the author of Build a Green Small Business:  Profitable Ways to Become an Ecopreneur (McGraw-Hill), and would like to also mention that when interviewing several hundred green business owners for the research for his book, he asked each one their political orientation.  Not one right-winger.  Not one. 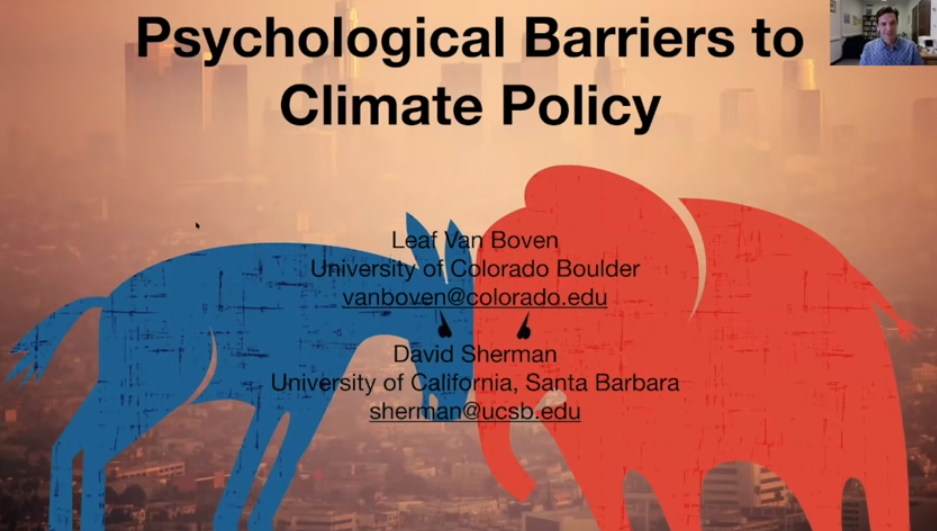 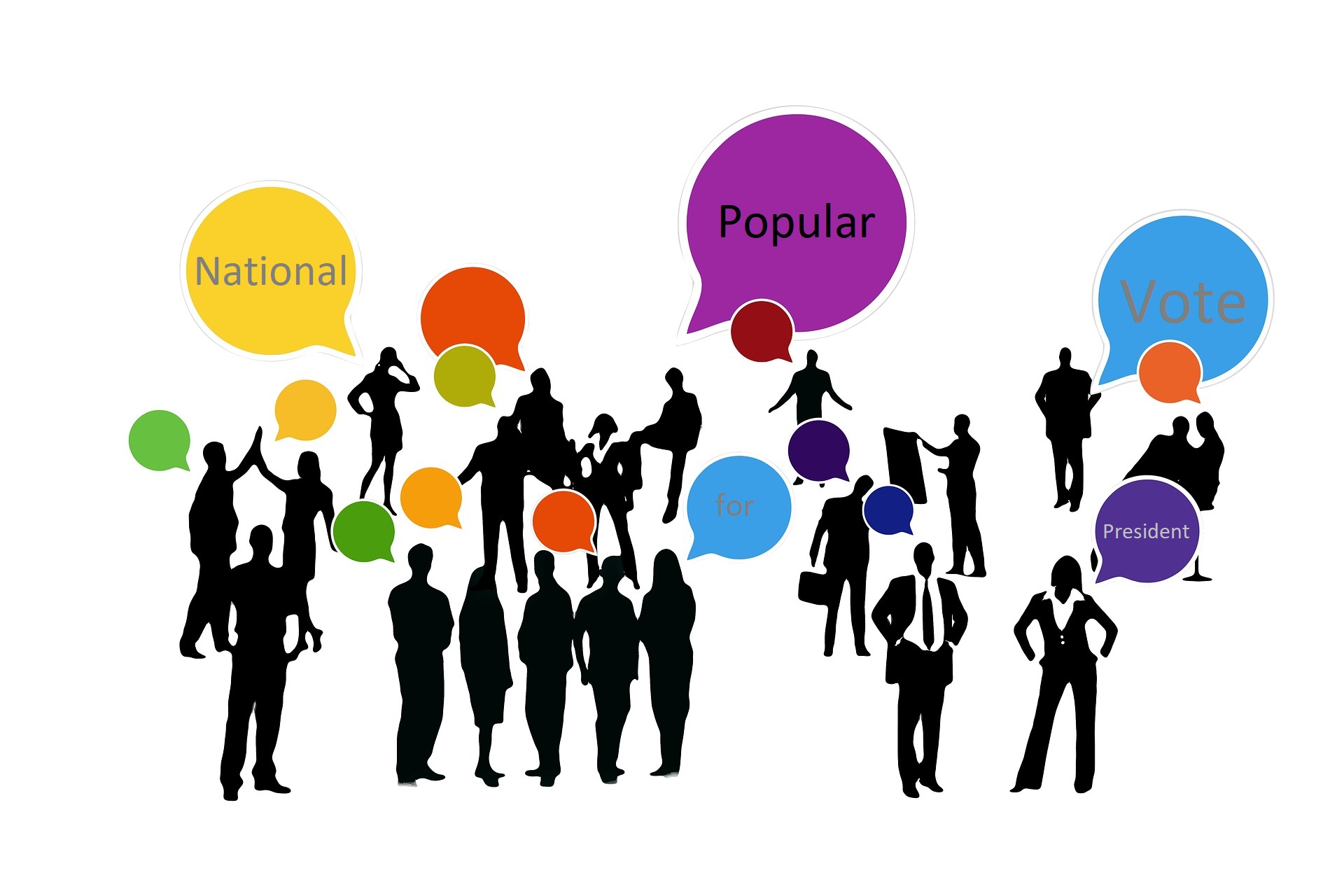