After 5 hours of deliberation today, a Salt Lake City jury found eco-activist Tim DeChristopher guilty of two felonies for “disrupting” a federal gas-lease auction. He could face 10 years in prison when he is sentenced later.

“Tim has shown the power of civil disobedience to shine a light,” said Bill McKibben. “The government should be giving him a medal, not a sentence.”

Background: Why is Obama prosecuting Tim DeChristopher, the gas-lease pranker?

DeChristopher had been offered a plea-bargain, but wanted to bring his case before a jury. Unfortunately, the judge in the case ruled that DeChristopher was not allowed to introduce any exculpatory evidence – neither the fact that he was committing his actions for environmental reasons, or the fact that the auction itself was a rush-job in the last month of the Bush Administration that was later ruled illegal by both a judge and the Interior Department.

The auctions would have given away leases next to national parks at bargain-basement prices without a proper environmental impact assessment. DeChristopher said he considered his actions were necessary, and is willing to go to jail. And since he wasn’t allowed any real defense, it looks like he may have to.

Judge Dee Benson was adamant, cutting off any possible defense time and time again: “We’re not here about why he did it. We’re here about whether he did it.”

“When a person breaks the law, there are consequences,” Assistant U.S. Attorney John Huber said. “He crossed the boundaries when he left the lawful protest [outside the BLM auction] to go inside and do what he did. … He chose a path of illegality and criminal conduct.”

But as Salt Lake City Tribune columnist Peg McEntee put it, “I’ve been involved in coverage of many trials, both state and federal, and motive is rarely discounted either by the prosecution or the defense.”

So Huber told the jury that DeChrisopher’s actions were like a man walking into a restaurant, ordering food that amounted to 25 percent of the night’s business, walking out without paying, and then throwing the food in the garbage.

It’s a pity the jury didn’t hear that in fact the auction was invalid, and the “legit” oil and gas company bidders had their money returned. You and I might think ” no harm, no foul”, but apparently the government wanted to send a different message.

“Just in case the federal government thinks that it’s intimidating people into silence with this kind of prosecution, think again,” McKibben said in an e-mail. “In fact, this is precisely the sort of event that reminds us just why we need a real, mass mobilization to stop the climate crisis.”

More on the Trail of Tim DeChristopher: 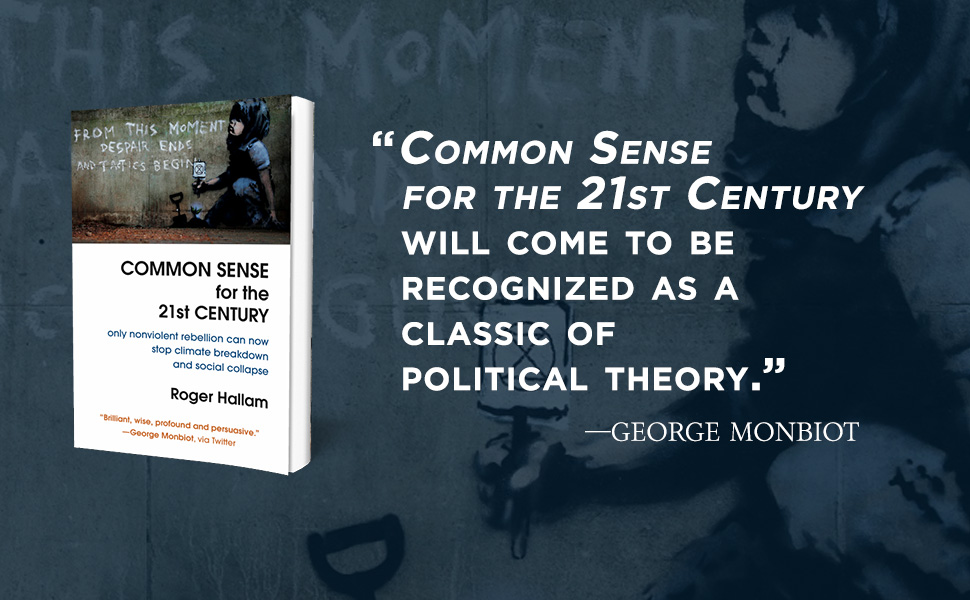