Should Monsanto be able to patent genes? Supreme Court may take up the case, in part.

Should a corporation be able to patent life and then legally restrict farmers from methods that have been used for 10,000 years?

Monsanto has made its patented genes the centerpiece of its business model, but there are plenty of people who think the very idea is appalling. Now, the Supreme Court may take up the question.

The case (Monsanto v Bowman) involves an Indiana farmer, Vernon Bowman, who bought bulk soybeans and planted them as seeds – something farmers had been doing for generations, until Monsanto came along.

In order to maximize corporate profits, Monsanto’s contracts don’t allow farmers to save some of their crop and replant the seeds: If you want to take advantage of Monsanto’s designer genes, you have to buy them fresh each and every season.

Monsanto sued Bowman for patent infrigement (something that the company also insisted it DOESN’T do, as recently as this past February, when farmers attempted to get a preemptive court injunction against just this kind of suit).

Here’s where the fun starts.

Patents for normal stuff come with what is called “exhaustion.” That is, if you buy a car or a refrigerator with patented components, the rights of the patent holder are exhausted in that first sale. You can safely resell your car without running afoul of patent law. You can resell your used books, video tapes, washing machines – anything up to nuclear reactors – and not run afoul of patent law.

But what about seeds? Not that the founding fathers would have considered seeds as patentable – the very idea would have been laughable. But stick with us.

Once you get to seeds, you have a problem. Seeds are self-replicating. If you buy one seed, you will soon have 10 or 100 or 10,000 seeds that you could sell. Just as you aren’t allowed to make photocopies of a book and go out and sell them, Monsanto argued that the “exhaustion doctrine” shouldn’t apply to seeds. And the courts agreed.

It’s a reasonable-seeming argument… but there are several problems. As Timothy B. Lee notes at Arstechnica,

In a world where 94 percent of soybeans in circulation are descended from Monsanto’s genetically engineered seeds, it might be hard for farmers who didn’t want Monsanto’s seeds even to buy seeds that were not patent encumbered. Monsanto’s position would effectively place the burden on farmers to test seeds they hope to plant in order to ensure they are not covered by any patents.

It’s not like you’re buying an obviously-pirated copy of “Hunger Games” off a bootlegger on a streetcorner. Monsanto hasn’t bred their little frankenbeans to grow little “©”s on the pods: you can’t just look at a pair of soybeans and say “Okay, this one is clean, but that one is Monsanto.”

So here’s what Bowman (or at least his lawyer) asked the Court:

Patent exhaustion delimits rights of patent holders by eliminating the right to control or prohibit use of the invention after an authorized sale. In this case, the Federal Circuit refused to find exhaustion where a farmer used seeds purchased in an authorized sale for their natural and foreseeable purpose – namely, for planting. The question presented is:

Whether the Federal Circuit erred by (1) refusing to find patent exhaustion in patented seeds even after an authorized sale and by (2) creating an exception to the doctrine of patent exhaustion for self-replicating technologies?

Monsanto, in its filing, restated the question thusly:

Whether the Federal Circuit correctly ruled that Monsanto’s patent rights in biotechnology related to genetically modified plants (here, patented technologies that make soybeans resistant to glyphosate-based herbicides) are independently applicable to each generation of soybeans embodying the invention, such that a grower who, without authorization from Monsanto, creates a new generation of genetically modified soybeans infringes Monsanto’s patents.

The Supreme Court has not addressed this issue directly, although it danced around it when it upheld the exhaustion principle in the Quanta case.

But as a preliminary step in deciding whether to consider Bowman’s appeal, they have asked the Obama administration to put together a brief for them on the issue. The good news: the Solicitor General of the US might advise the court that Monsanto is going too far, and should allow farmers to do what farmers have always done with their seeds. Here’s what the then Solicitor General wrote in his brief to the SCOTUS in Quanta:

[T]here is a seeming anomaly in allowing a patentee to achieve indirectly –- through an enforceable condition on the licensee – a limitation on use or resale that [because of the exhaustion doctrine] the patentee could not itself impose on a direct purchaser.

The bad news: The Obama administration is crawling with former Monsanto employees and allies, from Agriculture Secretary Tom Vilsack on down.

But there’s more good news: So far, Monsanto’s tentacles don’t stretch into the Justice Department… In fact, Dennis Crouch at the PATENTLYO blog notes an earlier Justice Department filing (in McFarling v. Monsanto, 2005) was not so friendly to Monsanto:

But there’s also even more bad news: Even if the Solicitor General recommends they take up the case, this court has been particularly friendly toward corporations, none more so than Justice Clarence Thomas… himself a former Monsanto employee.

And then there’s the bigger question: There are those that feel, strongly, that genes should never have been patentable in the first place. Because that’s what opened up this whole can of worms and sent the snakes nest tumbling down the slippery slope.

No matter how many different ways you argue it, Monsanto didn’t create the genes in question – they found them. They did create the technique for inserting them into different organisms, and that technique is patented.

But the idea of patenting the portions of living organisms themselves? That has absolutely nothing to do with the original intent of patent law. Funny how it’s the justices that so often spout fealty to “original intent” who seem the most intent on supporting big ag firms like Monsanto by giving them patented power over life.

Some rights reserved by Envios) 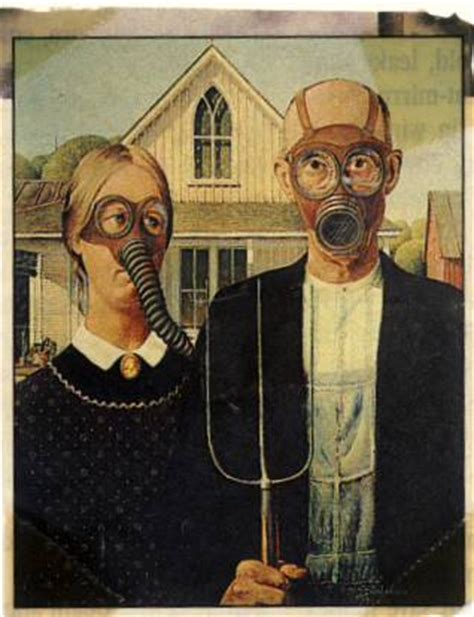