Not to put too fine a point on it, but didn’t that cunning rogue Chief Justice John Roberts pour a jug of Karo syrup into the gas tank of America’s twelve trillion cylinder engine?

Or, put another way (forgive the metaphor juke), didn’t he just give President Obama enough rope to hang himself? Out to dry, that is. Roberts must know exactly what he is doing: prompting x-million young and/or poor voters to an election year tea party tax revolt. The Obama health care reform will henceforth be defined as a tax against people too economically strapped to buy HEALTH INSURANCE – in other words, a gross injustice, courtesy of Obama.

Or call it a poison pill. Obama gets to brag that the heart of his 2700-page reform package stands – at the expense of the very people it was designed to protect. Forget about the niceties regarding the interstate commerce clause and other chatter points. This was all about Chief Justice Roberts interfering in a presidential election in a most mischievous way. He might as well have just heated up a branding iron that spelled out T-A-X and applied it to Mr. Obama’s forehead.

Of course, with or without the so-called reform, the American health care system remains a hostage racket.

When you are sick, you will do anything to get better, and the system knows it. You will sign onto any agreement to keep yourself alive, even if the health care system ends up taking your house and your children’s educations.

It is a well-established fact that the chief cause of personal bankruptcy in the USA is unpayable medical bills on the part of people who have health insurance.

It is considered bad manners to inquire of a surgeon what his fee might be for a life-saving operation. Anyway, you don’t want to know because it will be a figure with no anchor in the reality of “hours spent” or “services rendered”. Ditto the folks who run the hospital, where there is no reality-based relationship between “things dispensed” and “prices charged”.

It’s simple racketeering and true health care reform would be the vigorous application of Department of Justice attorneys on the doctors, pharma companies, insurers, hospitals, and HMOs who are engaged in routine, systematic swindling. But the truth is, we don’t want to remove the swindle and the grift, we just want to find some way to get the American public to pay for their own shakedown.

Before you get too exercised over the multiple idiocies and injustices of the current American medical situation just reflect for a moment that the whole creaking system cannot possibly survive no matter what the Supreme Court might have ruled or whatever Obama sought to accomplish. The US economic system is about to blow up. The banking sector has been kept technically alive on the life-support of accounting fraud since 2008, but that artful racket is coming to an end because sooner or later the abstraction called “money” must make truthful representations of itself in relation to reality, or else people cease to accept its claims of value. Without a functioning banking system none of the rackets organized into US health care can continue.

The eventual destination of health care, like everything else in society categorically, is a much smaller, more modest, more local scale of operation. We’ll be lucky if the people with medical expertise can reorganize the wreckage of the system into something resembling small local clinics with all the costly and pernicious racketeering bureaucracy peeled off it. The INSURANCE COMPANIES will be in the elephants’ graveyard of failed institutions. Let’s hope the doctors and their support staff remember to wash their hands.

A couple of side notes:

Anyone seeking to understand the deplorable physical condition of the general public need only stroll through the supermarket aisles and see the endless stacks of manufactured sugary shit that pretends to be food in this culture.

That whole matrix is coming to and end, too, by the way, but probably not soon enough to save the multitudes programmed into metabolic disorder. They will just have a shorter life-span, aggravated by loss of income in a cratering economy and everything that comes with being impoverished. The doctors themselves by and large know almost nothing about nutrition, and make no organized effort to militate against the homicidal processed food industry – which brings me to the second side note.

Namely, that the diminishing returns of extreme bureaucratization and turbo-specialization in medicine has only made the doctors generally stupider and more inept. My own situation is a case in point.

For two years I suffered an array of peculiar symptoms ranging from numb hands to supernatural fatigue. My ex-GP showed no interest in investigating the cause. Even my request for a toxicology workup was essentially shrugged off.

I had to become my own doctor. For a while I suspected Lyme disease, which is raging in my corner of the country. I went to see a Lyme specialist who didn’t accept insurance (because the insurance companies did not recognize his aggressive treatment protocols as falling within the current “standards of practice” – and this because the medical establishment doesn’t know its ass from a hole in the ground about Lyme disease).

Anyway, I asked the Lyme specialist to include a test for cobalt levels in my bloodwork because I thought there was an outside chance I had cobalt poisoning. The reason I thought this was because Google searches of my symptoms kept pointing to metal-on-metal hip replacement failure. I had gotten just such a metal-on-metal hip replacement in 2003. The hardware was developed because the orthopedists wanted to give younger patients a longer-lasting implant. That’s when the diminishing returns of technology stepped in and kicked everybody’s ass, including mine.

My cobalt blood test came back off-the-charts high. (My many Lyme tests all came back negative.) Wouldn’t you know, though, that the Lyme specialist wanted to treat me for Lyme anyway. He ignored the cobalt numbers and wrote out a prescription for $400 worth of antibiotics. He was the proverbial guy with a hammer to whom everything looked like a nail.

I declined that course of treatment and instead went to my new GP for a first appointment and asked for an additional cobalt test, along with one for chromium. (My hip implant is an alloy of titanium, cobalt, and chromium.) They both came back way over the toxic level. Apparently, the rotation of the metal joint has been shedding metal ions into my system for nine years.

Next I went to the orthopedic surgeon who put the implant in. He ordered an MRI and xrays and appeared rather concerned. Eventually I was routed to yet another orthopedic surgeon who specializes in “revising” hip implant failures – in particular ones of the type I have, which have been failing at such a staggering rate that the lawyers have assembled one of the greatest litigation feeding frenzies in history. They are going after the manufacturers of these devices.

I have health insurance but I am quite sure that I will be soaked for many thousands of dollars beyond the coverage to resolve this problem, which will involve at least the changing out of the terminal bearings of my implant – if I am lucky.

In the meantime, I have to become exactly the kind of pain-in-the-ass patient who asks too many questions so I don’t end up crippled, or dead, or taken for ride like a purloined human ATM machine. I suppose I am also lucky that this happened to me soon enough to even have this kind of remedial surgery. Another year or two and I would have just steadily turned purple and croaked like some poor 19th century foundry worker.

There’s an excellent chance that I will be on the operating table at the same moment that another financial crisis erupts, one that will be orders of magnitude worse than the 2008 Lehman collapse. Won’t that be something? I hope that the surgeon and the anesthesiologist, and whoever else happens to be on hand, don’t all run out of the room at once to call their investment managers while I’m lying there inert, like a boned-out Thanksgiving turkey.

Pray for my ass. I’m a hostage in the system.

Today is the official publication of my new book, Too Much Magic, which is largely concerned with the diminishing returns of technology as illustrated above.

James Howard Kunstler’s newest nonfiction book, TOO MUCH MAGIC, will be available in stores in July 2012. The book will be available at booksellers, large and small, online and off. To find out how you can help support local bookstores with your purchase, CLICK HERE. Other books: 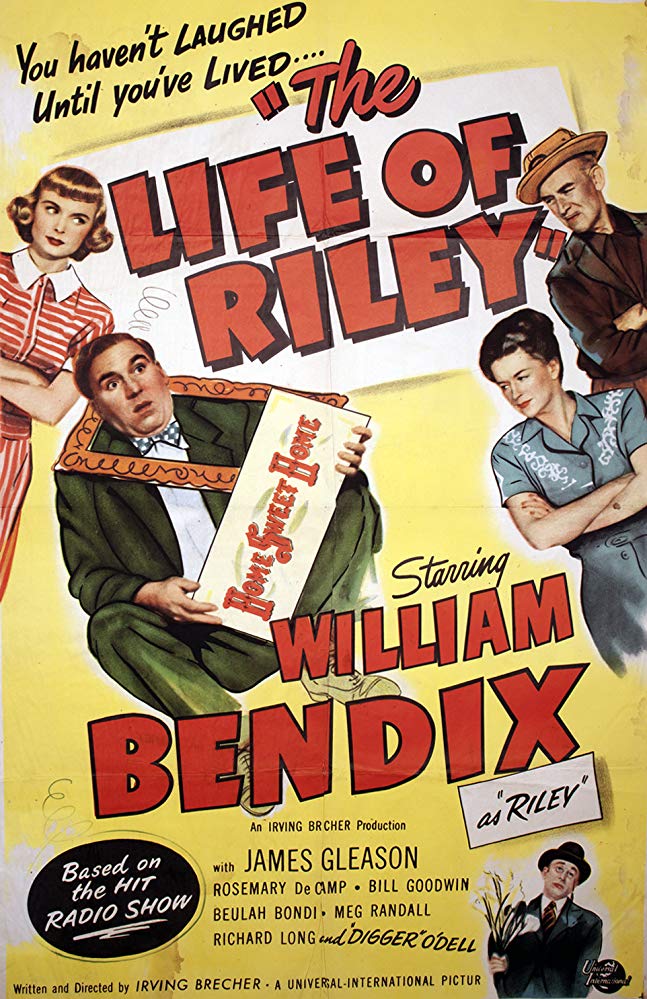 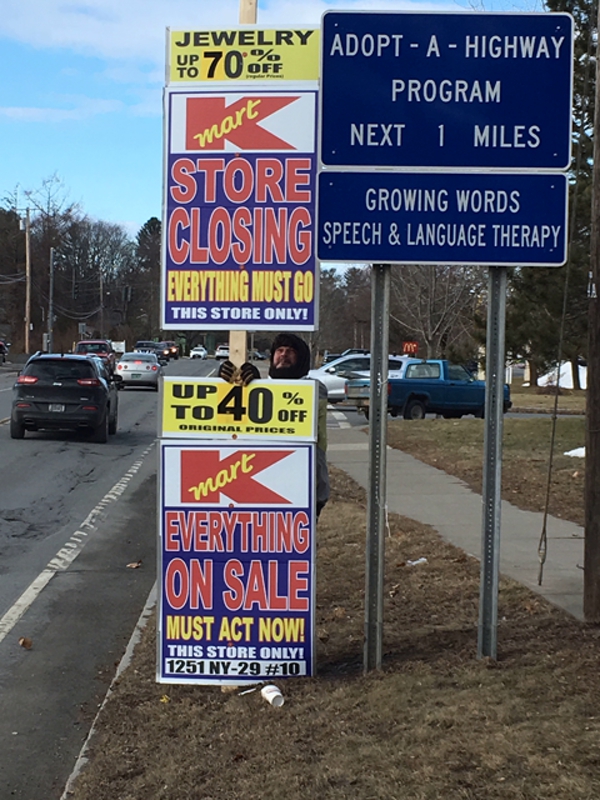 Going out of business: Today, Sears and K-Mart. Tomorrow….?