Bill McKibben: It’s past time we acted on climate change

(Bill McKibben, the Sierra Club, the Hip Hop Caucus and 350.org invite you to come to Washington DC on February 17th for a Presidents’ Day rally to pressure President Obama and Congress to actually do something about climate change. More information on the 350.org website.)

Change usually happens very slowly, even once all the serious people have decided there’s a problem. That’s because, in a country as big as the United States, public opinion moves in slow currents.

Since change by definition requires going up against powerful established interests, it can take decades for those currents to erode the foundations of our special-interest fortresses.

Take, for instance, “the problem of our schools”. Don’t worry about whether there actually was a problem, or whether making every student devote her school years to filling out standardized tests would solve it. Just think about the timeline:

In 1983, after some years of pundit throat clearing, the Carnegie Commission published “A Nation at Risk”, insisting that a “rising tide of mediocrity” threatened our schools. The nation’s biggest foundations and richest people slowly roused themselves to action, and for three decades we haltingly applied a series of fixes and reforms. We’ve had Race to the Top, and Teach for America, and charters, and vouchers, and … we’re still in the midst of “fixing” education, many generations of students later.

Even facing undeniably real problems – say, discrimination against gay people – one can make the case that gradual change has actually been the best option. Had some mythical liberal supreme court declared, in 1990, that gay marriage was now the law of the land, the backlash might have been swift and severe.

There’s certainly an argument to be made that moving state by state (starting in nimbler, smaller states like Vermont) ultimately made the happy outcome more solid as the culture changed and new generations came of age.

Which is not to say that there weren’t millions of people who suffered as a result. There were. But our societies are built to move slowly. Human institutions tend to work better when they have years or even decades to make gradual course corrections, when time smooths out the conflicts between people.

You can fight city hall, but you can’t fight physics

And that’s always been the difficulty with climate change – the greatest problem we’ve ever faced. It’s not a fight, like education reform or abortion or gay marriage, between conflicting groups with conflicting opinions. It couldn’t be more different at a fundamental level.

We’re talking about a fight between human beings and physics. And physics is entirely uninterested in human timetables. Physics couldn’t care less if precipitous action raises gas prices, or damages the coal industry in swing states. It could care less whether putting a price on carbon slowed the pace of development in China, or made agribusiness less profitable.

Physics doesn’t understand that rapid action on climate change threatens the most lucrative business on Earth, the fossil fuel industry. It’s implacable. It takes the carbon dioxide we produce and translates it into heat, which means into melting ice and rising oceans and gathering storms. And unlike other problems, the less you do, the worse it gets. Do nothing and you soon have a nightmare on your hands.

We could postpone healthcare reform a decade, and the cost would be terrible – all the suffering not responded to over those 10 years. But when we returned to it, the problem would be about the same size. With climate change, unless we act fairly soon in response to the timetable set by physics, there’s not much reason to act at all.

Unless you understand these distinctions you don’t understand climate change – and it’s not at all clear that President Obama understands them.

That’s why his administration is sometimes peeved when they don’t get the credit they think they deserve for tackling the issue in his first term in office. The measure they point to most often is the increase in average mileage for automobiles, which will slowly go into effect over the next decade.

It’s precisely the kind of gradual transformation that people – and politicians – like. We should have adopted it long ago (and would have, except that it challenged the power of Detroit and its unions, and so both Republicans and Democrats kept it at bay).

But here’s the terrible thing: it’s no longer a measure that impresses physics. After all, physics isn’t kidding around or negotiating. While we were discussing whether climate change was even a permissible subject to bring up in the last presidential campaign, it was melting the Arctic.

If we’re to slow it down, we need to be cutting emissions globally at a sensational rate, by something like 5% a year to make a real difference.

From his Pearl Harbor moment…

It’s not Obama’s fault that that’s not happening. He can’t force it to happen. Consider the moment when the great president of the last century, Franklin Delano Roosevelt, was confronted with an implacable enemy, Adolf Hitler (the closest analogue to physics we’re going to get, in that he was insanely solipsistic, though in his case also evil). Even as the German armies started to roll through Europe, however, FDR couldn’t muster America to get off the couch and fight.

There were even the equivalent of climate deniers at that time, happy to make the case that Hitler presented no threat to America. Indeed, some of them were the same institutions. The US Chamber of Commerce, for instance, vociferously opposed Lend-Lease.

So Roosevelt did all he could on his own authority, and then when Pearl Harbor offered him his moment, he pushed as hard as he possibly could. Hard, in this case, meant, for instance, telling the car companies that they were out of the car business for a while and, instead, in the tank and fighter-plane business.

For Obama, faced with a Congress bought off by the fossil fuel industry, a realistic approach would be to do absolutely everything he could on his own authority – new Environmental Protection Agency (EPA) regulations, for example; and of course, he should refuse to grant the permit for the building of the Keystone XL tar sands pipeline, something that requires no permission from John Boehner or the rest of Congress.

So far, however, he and his administration have been half-hearted at best when it comes to such measures.

If he were serious, Obama would be doing more than just the obvious and easy. He’d also be looking for that Pearl Harbor moment. God knows he had his chances in 2012: the hottest year in the history of the continental United States, the deepest drought of his lifetime, and a melt of the Arctic so severe that the federal government’s premier climate scientist declared it a “planetary emergency”.

In fact, he didn’t even appear to notice those phenomena, campaigning for a second term as if from an air-conditioned bubble, even as people in the crowds greeting him were fainting en masse from the heat. Throughout campaign 2012, he kept declaring his love for an “all-of-the-above” energy policy, where apparently oil and natural gas were exactly as virtuous as sun and wind.

Only at the very end of the campaign, when Hurricane Sandy seemed to present a political opening, did he even hint at seizing it – his people letting reporters know on background that climate change would now be one of his top three priorities (or maybe, post-Newtown, top four) for a second term. That’s a start, I suppose, but it’s a long way from telling the car companies they better retool to start churning out wind turbines.

And anyway, he took it back at the first opportunity. At his post election press conference, he announced that climate change was “real”, thus marking his agreement with, say, President George HW Bush in 1988. In deference to “future generations”, he also agreed that we should “do more”. But addressing climate change, he added, would involve “tough political choices”. Indeed, too tough, it seems, for here were his key lines:

“I think the American people right now have been so focused, and will continue to be focused on our economy and jobs and growth, that if the message is somehow we’re going to ignore jobs and growth simply to address climate change, I don’t think anybody is going to go for that. I won’t go for that.”

“I have nothing to offer except blood, toil, tears, and sweat. And God knows that polls badly, so just forget about it.”

The president must be pressed to do all he can – and more. That’s why thousands of us will descend on Washington, DC on President’s Day weekend, in what will be the largest environmental demonstration in years. But there’s another possibility we need to consider: that perhaps he’s simply not up to this task, and that we’re going to have to do it for him, as best we can.

If he won’t take on the fossil fuel industry, we will:

Those of us in the growing grassroots climate movement are going as fast and hard as we know how (though not, I fear, as fast as physics demands). Maybe if we go fast enough, even this all-too-patient president will get caught up in the draft.

But we’re not waiting for him. We can’t.

Just over a year ago, 15,000 people surrounded the White House — and President Obama listened, delaying the Keystone XL tar sands pipeline. This is our best chance to show the President how strong this movement has become since then — sign up today.

(Author and climate activist Bill McKibben is the founder of 350.org.) 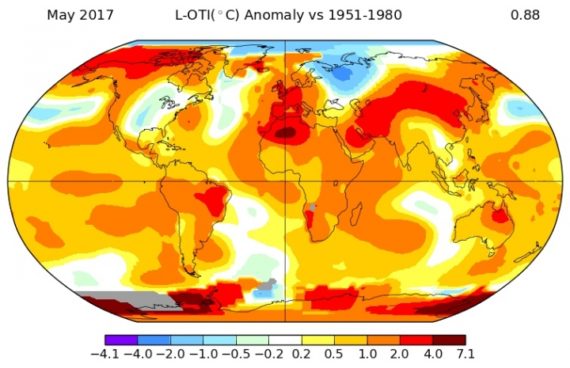 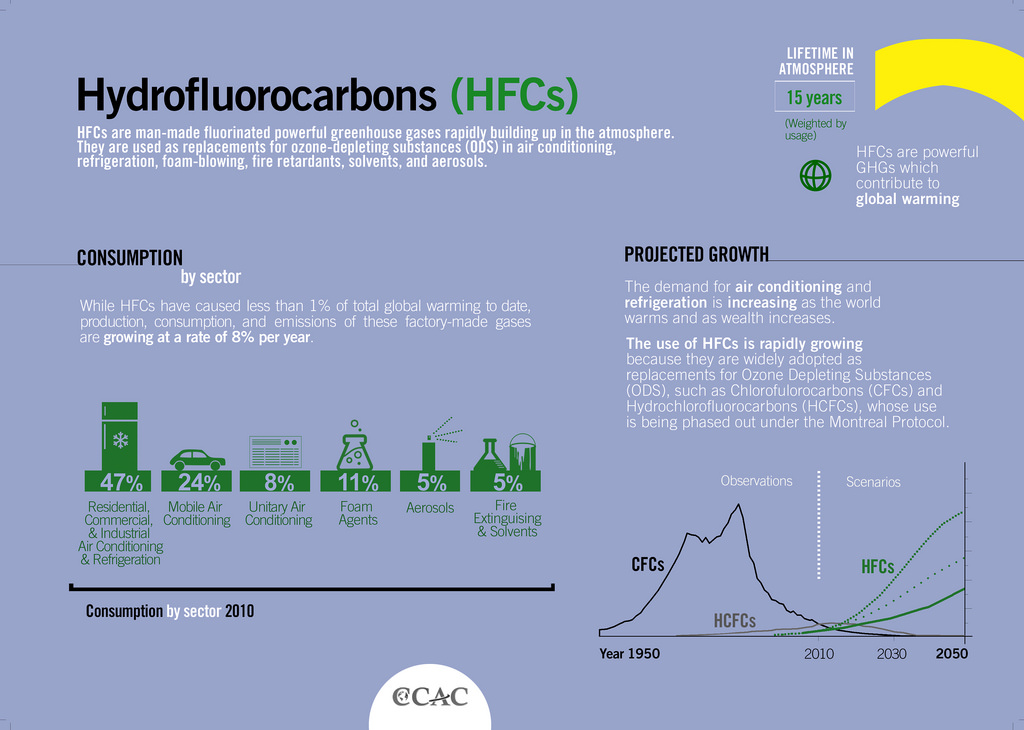 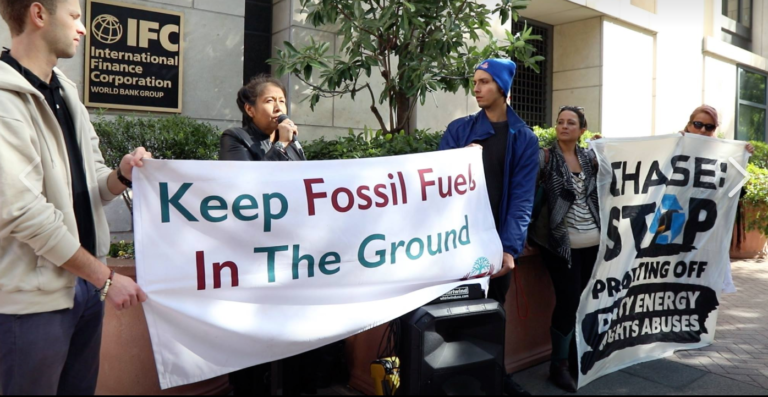