Most economists agree that putting a price on carbon will allow the market to account for the costs created by the extraction and burning of fossil fuels. But what’s the best way to do this? A carbon tax is one method for using markets to lower the amount of carbon we emit into the Earth’s atmosphere.

A carbon tax is “a fee assessed on the carbon content of fuels.” All fossil fuels – coal, oil, natural gas – contain carbon, and this carbon is released in the form of CO2 when we burn these fuels. As a greenhouse gas, carbon dioxide contributes to the trapping of heat within in the Earth’s atmosphere, and, by extension, climate change.

A carbon tax represents an effort to put a price not just on carbon itself, but on the environmental impacts created by emitting it into the atmosphere. Traditionally, those who emit large amounts of carbon – power plants, cement plants, large buildings, etc. – have not had to pay any costs associated with carbon pollution; all of those costs become externalities, which are paid by others – often taxpayers. A carbon tax attempts to inform the market of the costs of this pollution, and, thus, create economic benefits for those technologies that emit less of it, or none of it.

If someone – an individual or a business – hurt you or a member of your family, or damaged your property, you’d expect them to pay for that damage or hurt. That financial risk generally modifies behavior, as none of us want to pay the cost of harming someone else. That’s the idea underlying the carbon tax: carbon pollution creates harm and damage, and those that benefit from that pollution should also bear responsibility for the harm caused. That responsibility makes carbon-based energy more expensive, and less financially appealing.

There are several good reasons for considering the implementation of a carbon tax.

First, as noted above, a carbon tax represents one method of forcing the emitters of carbon pollution to pay for the costs – environmental and economic – that they create. A “well head” carbon tax assigns the fee to the organization/company that extracts the carbon in the form of coal, oil, or gas. We know the carbon content of these materials, and can assign fees based on that content. A coal mining company, or an oil or natural gas driller, thus has to pay the cost of the carbon pollution created by that material.

But won’t they just pass that cost on to customers? Yes, and that brings up a second good reason for considering a carbon tax. This mechanism allows for the market to see the total costs created by carbon-rich fossil fuels. Miners of coal, which contains the highest density of carbon, would pay the highest fees for the material they extract. Oil and natural gas would have lower fees assigned. Technologies like solar, wind, and geothermal power would only pay such fees through higher costs of materials used in their manufacturing, transportation of materials, and finished products, etc.; the energy they produce wouldn’t be subject to the tax, and, thus, would be cheaper than carbon-based fuels. A carbon tax helps the market position of energy sources that produce little or no carbon pollution.

Over the long term, the shift in demand to low and no-carbon sources of energy will bring down the prices of that technology. We’re already seeing that happening with solar power.

Finally, a carbon tax could be used to reduce other taxes, such as those on income. If governments choose to introduce a revenue-neutral carbon tax, then the amount of taxation levied on carbon with have to be offset by other tax reductions. Such offsets would make the implementation of a carbon tax more politically palatable, and could have additional economic benefits. A reduction on income taxes, for instance, could provide economic stimulus, as individuals and businesses are more likely to make purchases they might have avoided otherwise. A reduction in business taxes could lead to job creation (although it could also simply result in higher profit margins for investors).

But does this work? The Canadian province British Columbia instituted a revenue-neutral carbon tax in 2008, and it’s benefited both the environment and the economy.

Both the carbon tax and the cap-and-trade mechanism have their proponents, and both hold promise for reducing carbon dioxide emissions, and, eventually, decreasing the threats posed by catastrophic climate change. Carbon tax supporters such as former Clinton administration adviser and Columbia professor Joseph Stiglitz prefer the carbon tax for a number of reasons. Stiglitz argues that basic supply and demand dynamics undermine cap-and-trade as a tool for addressing climate change: price hikes of carbon-based fuels will drop demand, but that, in turn, will lead to decreased prices (and, thus, increased demand). A tax, on the other hand, will keep the prices of coal, oil, and natural gas higher regardless of other economic dynamics.

The Carbon Tax Center points to a number of other qualities that make carbon taxes a preferable means for addressing the cost of carbon in the market, including simplicity, transparency, and the ease of implementation.

While a carbon tax provides a great sense of certainty to the market in terms of the price of carbon pollution, it offers little guidance about the amount of pollution it will eliminate. Because other market dynamics will continue to effect the prices of energy sources, a tax won’t guarantee that low and no-carbon technologies will always have the price advantage (though it definitely makes this more likely). Furthermore, adjusting a carbon tax, particularly upward, carries with it the usual political difficulties associated with any sort of revenue increase.

No one likes taxes, and many respond negatively to the word… even if it’s revenue neutral. Politicians who’ve made commitments such as “no new taxes” pledges likely won’t support a carbon tax regardless of the circumstances: the risk of political damage, or being portrayed as a “flip-flopper” may be just too great. And legislators that don’t accept climate science themselves, or represent constituencies that reject the scientific consensus on global warming, won’t see the need for such a tax.

Of course, industries that rely on fossil fuels for their revenue won’t support a carbon tax, and will likely lobby legislators to oppose one. For decades, we’ve watched industries such as oil, gas, and coal companies, petrochemical manufacturers, and other interested parties not only lobby the US Congress, but also fund think tanks such the Heartland Institute and the American Enterprise Institute, which have, in turn, argued for these industries’ positions.

What do you think? Is a carbon tax the best market-based tool for reducing our carbon emissions? Share your thoughts with us in the comments? 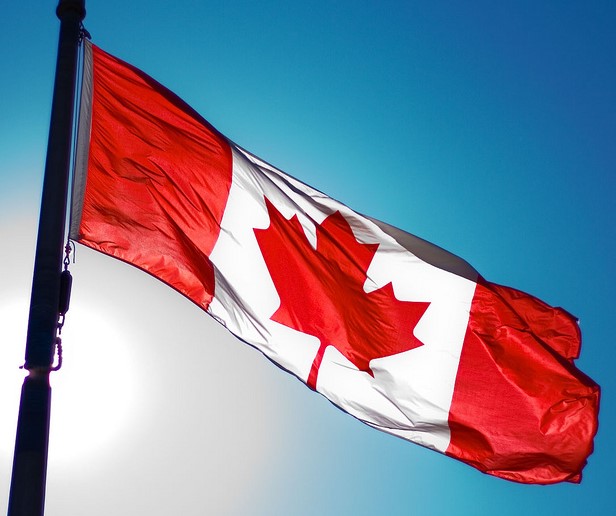 IMF: Climate crisis is driving the world toward economic meltdown