The Clean Air Act is a federal law written to cover the regulation of air pollution in the United States — both fixed sources such as coal power plants and moving sources like automobiles. There was a Clean Air Act proposed and passed in 1963 and it referred to the control of air pollution, but another version was created in 1970 which was more expansive and amendments were made in 1990. Some of the major points are listed below.

1. The original Clean Air Act supported/supports research into both observing and documenting air pollution and trying to manage it.

2. An expansion of perspective was also part of it in two ways. For one, interstate movement of air pollution was now included into a management view. Secondly, the increased focus on stationary sources of air pollution became more active.

3. Amendments to the law in 1970 called for more regulation of air pollution sources and expanded enforcement.

4. Another important aspect of the Clean Air Act was that it allowed for citizen suits, so individual citizens could file lawsuits against organizations that were creating air pollution.

5. The Clean Air Act called for National Ambient Air Quality Standards (NAAQS) in order to keep air pollution below levels that would be harmful to human health.

6. State implementation plans (SIPs) were combined with these standards to be applied to industrial sources.

8. In 1990, amendments defined some key components of the act relating to stationary sources: a major source is said to be one or more stationary sources that potentially emit 10 tons (or more) annually of an air pollutant which is hazardous. A major source could also be a single or a number of sources that emit 25 tons annually of a blend of air pollutants which are hazardous.

The next three major points resulted from amendments made to the CAA in 1990:

This history of the Clean Air Act is fascinating — particularly because there seemed to be very little in the way of laws to protect humans from air pollution prior to it. As mentioned above, the 1963 version of the act was ground-breaking, but it came from somewhat of an unexpected source, a Democratic Representative from Alabama, Kenneth A. Roberts.

Unexpected one may say, because Alabama has never been a hotbed of environmental awareness. In fact, even today, the state has a major air pollution problem.

One might have thought it would be someone or a group of politicians from a state like Vermont or California that would have been involved in creating such legislation.

The Clean Air Act of 1963 actually had a predecessor — the Air Pollution Control Act of 1955. It acknowledged there was a problem with air pollution in America, but mostly left the work of dealing with it to the states. It authorized the US Surgeon General to investigate the problem and publish information about it, but did not go as far as allowing for enforcement of restrictions on air pollutants.

It was the first national air pollution law in the United States but it didn’t do that much to prevent air pollution. Mainly, it supported research into how air pollution might be controlled. It also provided $5 million to the Public Health Service, which had been made part of the U.S. Department of Health, Education and Welfare in 1944.

One of the key points about the Clean Air Act of 1963 and its predecessors and successors is that it wasn’t intended to be mainly about the environment in general. It was clearly about human health and the health of animals that were linked with human activity. The language in the law is clear about that:

“Be it enacted by the Senate and House of Representatives of the United States of America in Congress assembled, That in recognition of the dangers to the public health and welfare, injury to agricultural crops and livestock, damage to and deterioration of property, and hazards to air and ground transportation, from air pollution, it is hereby declared to be the policy of Congress to preserve and protect the primary responsibilities and rights of the States and local governments in controlling air pollution, to support and aid technical research to devise and develop methods of abating such pollution, and to provide Federal technical services and financial aid to State and local government air pollution control agencies and other public or private agencies and institutions in the formulation and execution of their air pollution abatement research programs.”

Today, China has some of the worst air pollution in the world and there is some awareness in the US about it. However, in the 1950s, it was the US that had a severe air pollution problem:

“By Friday evening Oct. 28, 1948, though, thick gray fog covered Donora and the town’s eight physicians were rushing to the homes of people who were having trouble breathing. The town’s firefighters and police were taking oxygen tanks to residents who needed them, and firefighters from surrounding communities were helping keep Donora supplied with oxygen. On Oct. 31 an area of low pressure moved in with rain, breaking the temperature inversion that had trapped the smog near the ground and allowing the air to begin clearing. The pollution killed 20 people and left roughly 7,000 ill in hospitals or at home.”

It isn’t surprising that such an event and related air pollution problems in the US prompted the creation of the Air Pollution Control Act of 1955. So, it isn’t accurate to say that the Clean Air Act was only something that emerged out of the political unrest of the 1970s and the growing environmental awareness that went with it. Its roots actually were connected to concerns about air pollution which had been active for quite a while before that, when there was an industrial surge following World War II. However, due to the Clean Air Act expansion, emissions of six air pollutants decreased 69% from 1970 to 2014.

The US EPA was created in December of 1970 and Rachel Carson’s book Silent Spring had definitely contributed to a growing awareness of the negative impact that human-made pollution could have on both the environment and human health. 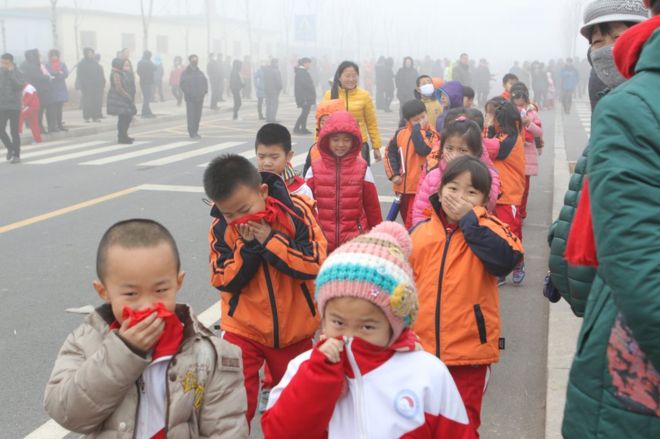 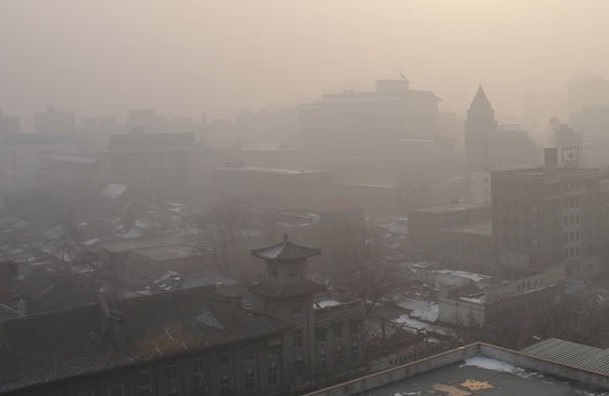 China cracks down on pollution – 40% of factories get temporary shutdown