For years, it was easy to see the political storm clouds gather over Europe with its fractious coalitions and its

ancient babble of conflicts. Marine Le Pen’s Daddy, severe old Jean-Marie, was on the scene in France decades before Donald Trump ascended to glory on the noxious clouds of America’s crapified culture, attended by heavenly hosts of Kardashian angels and the cherub Honey BooBoo.

For all the strains in recent American life, the two-party system had seemed as solid as the granite towers of the Brooklyn Bridge. Not even the estimable Teddy Roosevelt could blow up the system when he tried in 1912 — though his Progressive (“Bull Moose”) Party carried California, Pennsylvania, and Minnesota, and he far out-polled the incumbent Republican President Taft, who garnered a measly 8 electoral votes (Democrat Woodrow Wilson won).

Ross Perot made an impact in 1992 — he certainly had a good point about NAFTA and “the giant sucking sound” of jobs draining out of the USA. But his popinjay manner didn’t go over so well, and at the critical moment in the general election he lost his nerve and withdrew, only to foolishly re-enter weeks later. Then there was the Ralph Nader in 2000, whose egoistic crusade arguably put George W. Bush in the White House.

Since then, the country see-sawed between the long tenures of two Deep State errand boys from each major party, putting both parties in such a bad odor that Trump now rises on their mephitic fumes. Which raises the question, of course: what exactly is this Deep State? Answer: A leviathan of symbiotic rackets producing maximum incompetence affecting adversely the majority of citizens. It’s a blood-sucking beast of a hundred-thousand heads draining the USA of its dwindling vitality, lying about its intentions while it advertises the pietistic certainties of the Left and superstitious shibboleths of the Right, leaving a smoking hole in the middle where the practical problems of everyday life used to be worked out by practical means.

The Deep State is also the sum of unintended consequences and diminishing returns of a late-stage, bureaucratic, techno-industrial economy cannibalizing itself to stay alive. One obvious conclusion is that this economy has got to change before there is nothing left to eat, and no political figure on the scene, including Trump and Bernie Sanders, has a plausible vision of where this takes us. Both really just assume that the engine keeps chugging down the track of ever more material wealth that can be distributed differently. The truth is, there will be a lot less material wealth of the kind we’re used to, and a lot less capital representation in the things we call “money.” In fact, the scene at hand today is just a spectacle of the shrewdest and biggest rodents scarfing up the table-scraps of a 200-year-long banquet.

Hillary Clinton, of course, is the Deep State incarnate, which is the real reason so few citizens trust her. Every poor schnook getting shaken down for a $90,000 appendectomy bill looks at Hillary and knows exactly what she represents. Every 25-year-old jobless, couch-surfing millennial carrying fifty-grand in college debt sees the face of the Deep State in her self-satisfied demi-smile. Mainly, she has gulled the diversity pimps — because they are wards of the Deep State — and women, because it’s Mommy’s “turn” to direct the Deep State. Writer, financier, and Deep State rogue operative Jim Rickards keeps insisting that Uncle Joe Biden will end up as the Democratic nominee. (He said so in a Tweet just the other day). You have to wonder what this guy knows. Don’t suppose that Uncle Joe is the knight on a white horse you’ve been waiting for. After all, he’s vice-president of the Deep State.

Voters seem attracted to Trump because he’s so eager to give the finger to the Deep State. It deserves the finger, but it also needs to be carefully disassembled without blowing up what remains of this country. Trump already has a good start on blowing up the Republican Party. Never before have so many party officials dissociated themselves from the (so far) presumptive nominee. I expect to see more extreme measures against Trump to be yet attempted by the party mandarins in the two months before the convention. I doubt you will hear about them before they happen.

In the face of that, Trump’s behavior only gets more childish. His speech after the Indiana primary was a masterpiece of incoherence. Everything that reflected on the magnificence of his victory was “incredible.” Interestingly, that was exactly the right word. He’s tuned in to the national nervous breakdown underway. From time to time, when he’s not speaking emptily about how much he is loved, Trump voices some legitimate concern of the Deep State’s victims. There are few decent jobs outside the Deep State’s own rackets. We’re not obliged to take in a limitless stream of immigrants. Nation-building by military means has been a dismal failure. The national debt is a problem. The country’s infrastructure is decrepit. Trump says he can negotiate a fix to all this: the art of the deal. Blowing smoke up the Deep State’s ass is not a plan.

The tragedy is that no other serious, grown-up figures stepped forward in this dangerous moment of history. The party that Trump purports to represent lost itself in a wilderness of grift, jingoism, and supernatural pettifoggery. The rival Democratic Party is high on the fumes of “diversity and inclusion,” kindergarten politics that only corrode what’s left of our tattered common culture. Hillary’s Deep State couldn’t have found a better diversionary subterfuge. Both parties are close to blowing up altogether. I’m not convinced that they’ll survive their own conventions this summer. Then what?

Coming in June
World Made By Hand 4 (and final) 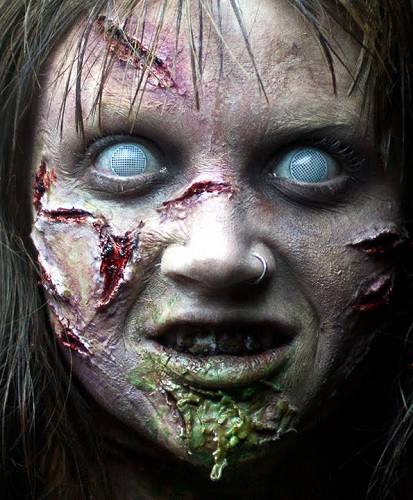