Wait a minute. They’re already dead. Brexit just reveals that not everybody’s brains have been eaten. A viral contagion now threatens the zombified institutions of daily life, especially the workings of politics and finance. Just as zombies exist only in the collective imagination, so do these two principal activities of society operate mainly on trust, an ephemeral product of the hive-mind.

When things fall apart in stressed complex systems, they tend to fall apart fast. It’s called phase change. Too many things in 21st century life have depended on sheer trust that the people-in-charge know what they are doing. That trust has subsisted on the doling out of money-from-nothing: debt, reckless bond issuance. TARP, QEs, bailouts, bail-ins, Operation Twists, Ponzi schemes… the whole sad-ass armamentarium of banking necromancy. The politicians let it get out of hand. Things that can’t go on don’t, and now they won’t.

The politics of Great Britain are now falling apart landslide-style. Since just about everybody in or near power can be blamed for the national predicament, there’s nobody to turn to, at least not yet. The Labour party just acted out The Caine Mutiny, starring Jeremy Corbyn as Captain Queeg. The Tory Cameron gave three months notice without any plausible replacement in view. Now Cameron’s people are hinting in the media that they can just drag their feet on Brexit, that is, not do anything to enable it from actually happening for a while. Of course, that’s what the monkeyshines of banking and finance have done: postponed the inevitable reckoning with the realities of our time: growing resource scarcity, population overshoot, climate change, ecological holocaust, and the diminishing returns of technology.

Britain illustrates the problem nicely: how to produce “wealth” without producing wealth. It’s called “the City,” their name for the little district of London that is their Wall Street. In the absence of producing real things, the City became the driver of the UK’s economy, a ghastly parasitical organism that functioned as the central transfer station for the world’s swindles and frauds, churning the West’s dwindling residual capital into a slurry of fees, commissions, arbitrages, rigged casino bets, and rip-offs. In the process, it enabled the European Central Bank (ECB) to run the con-job that the European Union (EU) became, with the fatal distortions of credit that have put its members into a ditch and sent the private European banks off a cliff, Thelma and Louise style.

The next stage of this protean global melodrama is what happens when currencies and interest rates become completely unglued from their assigned roles as patsies in financial racketeering. Sooner or later we’ll know what’s going on in the vast shadowy gloaming of “derivatives,” especially the “innovative” arrangements that affect to be “insurance” against losses in currency and interest rate “positions” — bets made on the movements of these things. When currencies rise or fall quickly, these so-called “swaps” are “triggered,” and then some hapless institution is left holding a big bag of dog-shit. A zombie is a terrible thing to behold, but a zombie holding a bag of dog-shit is like unto the end of the world.

Once this contagion starts burning, the people-in-charge won’t be able to quell it the way they did last time: by drowning it in torrents of money-from-nowhere. At least not without inducing real-deal inflation, the kind that leads to epochal ruin and more intense political upheaval: the nation-changing kind. We’re about five minutes away from that in the USA already, with the loathsome duo of Hillary and Trump putting on a Punch and Judy show for a disgusted public. If nothing else, Hillary and Trump represent the withering of political trust in America. The parties that spawned them are also whirling around the drain of credibility. They won’t survive in the form we knew them.

Who knows what comes out of this vacuum, what rough beast slouches towards Washington.

Shipping now to bookstores ! ! !
World Made By Hand 4 (and final) 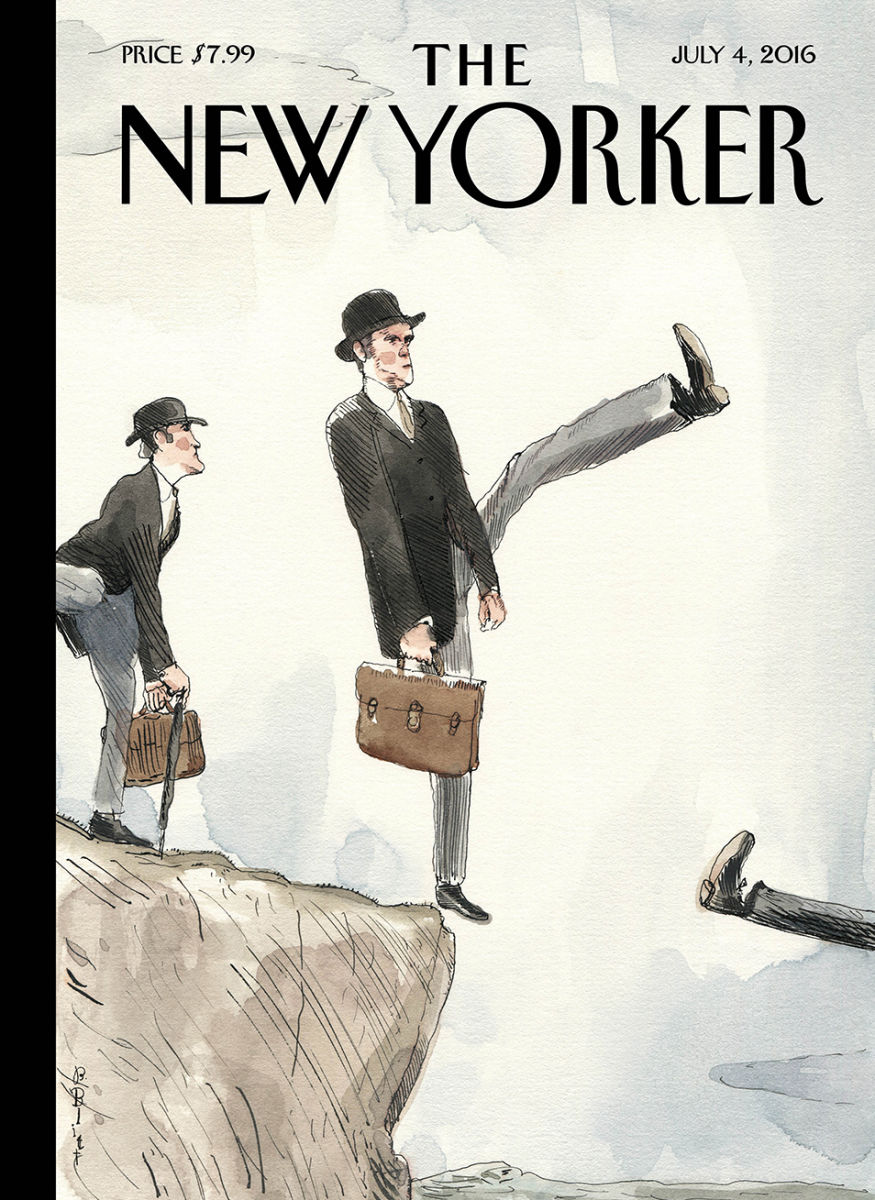