Congress is about to deregulate you to death

Republicans have complained for years about what they called “job killing” regulations. Since they care more about profits than people, they’re about to pass a suite of laws that will change that to the more egalitarian “killing regulations”.

Imagine this scenario: You go to the doctor because you’re in bad shape, and he offers you a course of treatment. You say, “What are my other options?” And he replies, “I’m sorry, but by law I am only allowed to offer you the most cost-effective treatment.”

That’s pretty much what the “Regulatory Accountability Act” does. It guts 60 years of policy and replaces it with a brave new world of “optimized” regulation. And it’s a funny way to deregulate, since it actually puts in place even more regulations – a stranglehold on the way government does business.

Making it impossible to protect

Writing at the New York Times, William W. Buzbee describes the monkeywrenches this would throw into the ability of any agency to

This measure would subject major rule making by agencies to dozens of new requirements, with a pervasive mandate for cost-benefit and cost-effectiveness analyses. Agencies would also have to periodically review the efficacy of new rules, even if no one was complaining about them. In addition, agencies would have to select a single best regulatory choice measured by monetary metrics and based on “best available” data. As a result, less quantifiable goals behind our protective laws — clean air and water, civil rights, safe drugs and honesty in markets, for example — would fade in importance. Every agency choice about what is “best” or most “cost effective” would become the subject of litigation.

In other words – sorry if the factory up the road is going to kill you, but it’s just not cost-effective to save your life. It’s literally “profit uber alles”.

The new bill also breaks down the walls that have protected the independence of such critical agencies as the Federal Communications Commission, the Securities and Exchange Commission, and the Consumer Product Safety Commission. If the President’s regulatory czar decides he doesn’t like their policy – for practically any reason – he can simply overrule them.

Buzbee, a professor at Georgetown University Law Center and a founding member-scholar of the Center for Progressive Reform, says this is the culmination of years of Republican rhetoric about “job-killing regulation”.

This is not reform. These bills would sabotage agency regulation with legislative monkey wrenches. Key compromises about agency power and procedures, worked out under the 1946 Administrative Procedure Act, would be discarded by these overwhelmingly anti-regulatory bills. And because they would be statutory changes, not mere presidential edicts, these changes would likely long outlive the Trump administration.

But by destroying not just the regulations that Republicans  oppose, but the entire regulatory process, he says it will put the government into a straight-jacket that might take years to fix.

This bill would also allow regulatory opponents to force agencies into lengthy trial-like proceedings over newly proposed rules, similar to formal proceedings that were long ago rejected as unworkable. Faced with these piled-on requirements and near-certain judicial review, many agencies would simply avoid any rule making.

… In a paradoxical twist, the Senate’s new regulatory-reform bills would further Mr. Trump’s deregulatory leanings, but also tie him in knots. All new major regulations would be hamstrung, even business-friendly deregulation.

… Under these bills, popular protective laws would still exist, but the regulations needed to make their protections real would in many cases be weakened because of the new, pervasive focus on cost. And new rules would seldom emerge from the regulatory morass and litigation minefield created by this “reform.”

Needless to say, you’re not hearing much about this reported in the press. This is just another GOP overreach they’re attempting to ram through without any public discussion.

Think this is an important story? LIKE our Facebook page for more updates on this and other critical issues!

Act! What you can do:

Countact your rep and your Representative or Senator and tell them you oppose: 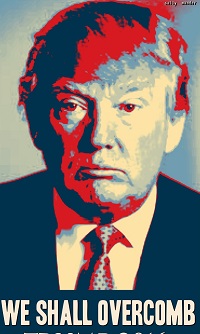 James Howard Kunstler – Trumptopia is here, and it’s going to be a long, hard slog til daybreak. 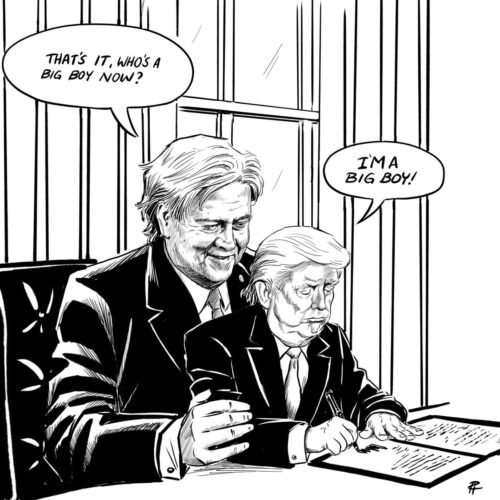 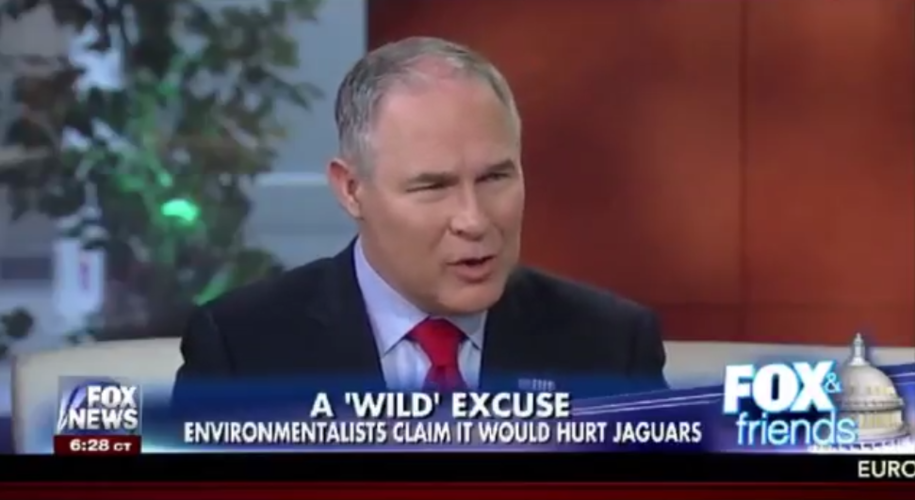