Nikki Haley, who didn’t have a lick of foreign policy experience before Pr*sident Donald Trump appointed her to be ambassador to the United Nations, delivered a speech on Iran’s compliance with the 2015 multinational nuclear agreement to the American Enterprise Institute Tuesday. It was quite the pile of manure. A compilation of lies that contradicted the latest report of the International Atomic Energy Agency, which is charged with determining whether Iran is living up to the agreement.

In other words, a speech doing exactly what was to be expected from the person in the administration whom neoconservatives love the most. She’s also, horrifyingly, reported to be at the top of the list as a replacement if Secretary of State Rex Tillerson becomes even more fed up with his post or gets canned.

As Jim Lobe points out, the AEI is “neo-con central.”

That’s the same “think tank” that acted as the Bush administration’s principal cheerleader for the 2003 Iraq invasion and provided the Pentagon with a number of its “scholars” as consultants to put together the totally failed strategy that followed Washington’s conquest of Baghdad. Who can forget the machismo-filled “black coffee briefings”—featuring the likes of then-Defense Policy Committee chair Richard Perle, serially mistaken Iran “experts” Michael Rubin, Michael Ledeen, and Reuel Marc Gerecht (the last two now with the Foundation for Defense of Democracies), and former CIA director James Woolsey—that bolstered the propaganda blitz about Saddam Hussein’s alleged ties to al-Qaeda, his enormous WMD factories, his fast-developing nuclear weapons program, and the gratitude which we should all feel toward the tremendous sacrifices and promise of Ahmad Chalabi as the George Washington of Iraq?

During the 2016 campaign, Trump blasted President Barack Obama for supposedly capitulating to Tehran in putting together a “terrible” agreement that curtails Iran’s nuclear development in exchange for lifting of nuclear-related sanctions. Under the law, every 90 days the executive branch must certify that Iran is living up to its part of the bargain—formally known as the Joint Comprehensive Plan of Action (JCPOA). The Trump regime has certified compliance twice. But the last time, in July, Trump made it clear he wants his team to find Iran has not complied when the next certification report is presented in October.

For weeks, Haley has been showing she’s very much on board with that plan. The White House sent her to Vienna in mid-August to put pressure on the IAEA to be more aggressive in its monitoring or Iran.

Paul R. Pillar, with 28 years in the national intelligence community until he retired in 2005, took note of what can only be viewed as Haley’s AEI rant:

The speech at AEI was Trumpian in some of the tactics it employed. The performance should cement the ambitious Haley’s place on Trump’s short list of candidates to become secretary of state once Rex Tillerson’s unhappy and probably short tenure in the job ends. The speech also used more twisted versions of familiar rhetorical twists that have been heard before from diehard opponents of the JCPOA.

One familiar Trumpian tactic is blatant lying. Haley lied when she said that the JCPOA “gave Iran what it wanted up-front, in exchange for temporary promises to deliver what we want.” The truth is that Iran had to fulfill most of its obligations first—including disposing of excess enriched uranium, disassembling enrichment cascades, gutting its heavy water reactor, and much else—before the agreement was fully implemented and Iran got even a whiff of additional sanctions relief.

Ryan Costello at the National Iranian American Council dissected what he counts as five of Haley’s lies in detail. Here’s a summary:

• “Iran has been caught in multiple violations over the past year and a half,” Haley claimed. Not so. The IAEA issued its eighth report Aug. 31. As in the previous reports, the agency found Iran is in compliance. That includes maintaining its supplies and enrichment level of uranium and its heavy water within the allowed limits. Heavy water is used in reactors that produce plutonium that can fuel nuclear weapons. Iran has dismantled its only reactor capable of producing weapons-grade plutonium. Haley’s claim that Iran exceeded the allowable levels of heavy water in 2016 misunderstands the agreement.

• “There are hundreds of undeclared sites that have suspicious activity that they (the IAEA) haven’t looked at,” according to Haley. Costello wrote:

Yet the Vice Chairman of the Joint Chiefs of Staff, General Paul Selva, stated in July that “Based on the evidence that’s been presented by the intelligence community, it appears that Iran is in compliance with the rules that were laid out in the JCPOA.”

Haley had every opportunity in August to point out one or two examples of that suspicious activity when she was in Vienna last month but she failed to do so. So which intelligence agency—apparently unknown to Gen. Selva—told her about these hundreds of sites without giving her some coordinates she could pass along to the IAEA?

• “Iranian leaders … have stated publicly that they will refuse to allow IAEA inspections of their military sites. How can we know Iran is complying with the deal, if inspectors are not allowed to look everywhere they should look?” In fact, Iran has allowed inspectors to visit the military site at Parchin and take samples. The IAEA has had no reason to ask to visit other military sites. The agreement does not permit wholesale inspections of military sites, only those that are suspected of violations. Surely, if there are hundreds, Haley could provide a list of at least a handful for IAEA to check out.

• “The deal [Obama] struck wasn’t supposed to be just about nuclear weapons. It was meant to be an opening with Iran; a welcoming back into the community of nations.” The Obama administration repeatedly made clear that the agreement was only about Iran’s nuclear program and nothing else. Yes, the hope was that diplomatic doors would be opened, but the agreement was not predicated on this.

• “We should welcome a debate over whether the JCPOA is in U.S. national security interests. The previous administration set up the deal in a way that denied us that honest and serious debate.” More nonsense. Did Haley miss the extensive, fiery debate that went on in Congress over the agreement?

Fifteen years ago, that team at the AEI was all too happy to see members of the Bush administration disinforming the nation—and the world via the United Nations—that Saddam Hussein had weapons of mass destruction, including nuclear weapons. The cost in treasure and lives engendered by those lies was immense, and the fallout in the form of tens of thousands of traumatic brain injuries of American military personnel, hundreds of thousands of maimed Iraqis, geopolitical instability, and continuing war in the Middle East afflicts us still.

In those days before the invasion and occupation of Iraq became such catastrophe, the neoconservatives and their enablers were intent on Iran being next on their list. With Haley obviously in their camp, all or some of them must believe that they may soon get another chance.

After Fukushima, Wikileaks points to the disasters waiting to happen 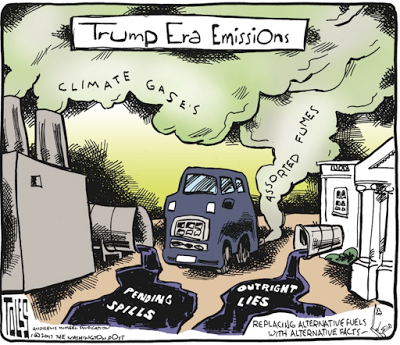 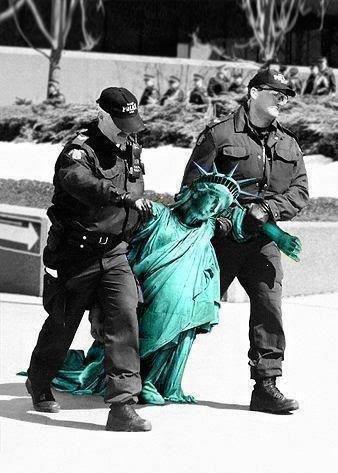 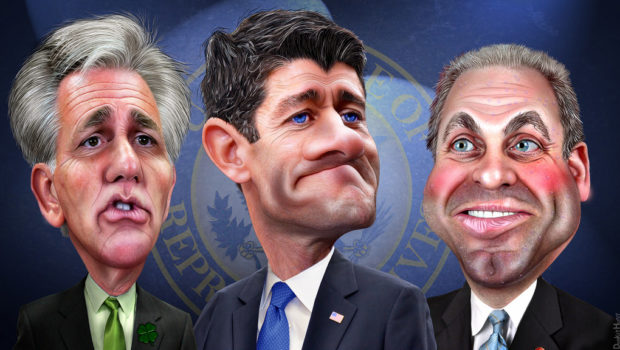