Why did the Fed Interior Dept misuse $84 million for California Delta Tunnels planning?

A federal audit has determined that the U.S. Department of Interior improperly used $84 million in federal taxpayer’s money in the planning process for Governor Jerry Brown’s Delta Tunnels project.

Mary Kendall, the deputy federal inspector general for the U.S. Department of Interior, today issued a 42 page report detailing the misuse of the money and the recommendations made to the state and federal agencies to resolve the issue.

“The audit says that California water districts — and not federal taxpayers — were supposed to bear the costs of the $16-billion water project,“ the Associated Press reported via the LA Times. “The inspector general says federal authorities also did not fully disclose to Congress or others that it was covering much of the cost of the project’s planning.”

The release of the final audit follows over a year of federal investigation requested by Public Employees for Environmental Responsibility (PEER), who filed a complaint last February that accused the California Department of Water Resources and the U.S. Bureau of Reclamation of improperly allocating federal funds intended for wildlife and habitat restoration to the Tunnels project. PEER claimed that of the $60 million in Fish and Wildlife Coordination Act grants spent, not a penny went to habitat improvements, according to Restore the Delta.

Barbara Barrigan-Parrilla, Executive Director of Restore the Delta, responded to the report with  a statement:

“As we knew from research completed by our colleagues over the last few years, funding has been misused to finance the planning of the Delta Tunnels. We are seeing the same type of obfuscation in the financial planning for the construction of the project.

“Central Valley Project contractors cannot afford 45% of the $17 billion initial construction costs without a subsidy. State Water Project Contractors, like Metropolitan Water District are not being honest with their boards about their partners or ratepayers how much it will cost in total. It is a boondoggle that is being shoved onto 98% of Californians who will be paying for generations.

“The truth is Westlands and the other west side San Joaquin Valley growers could not afford the planning process without tax contributions from federal taxpayers. How can MWD or SCVWD partners have confidence in Westlands as a partner for a project that starts at $17 billion?”

I will post more reactions to the decision later today as groups and agencies respond to the audit’s conclusions. 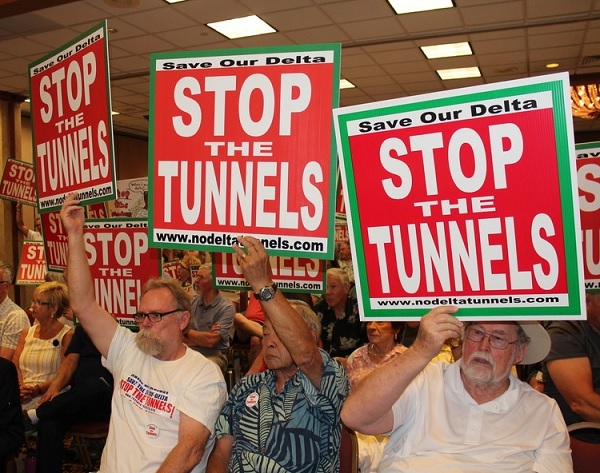