My long series of articles investigating the power of Big Oil in California, including my coverage of  the passage of Jerry Brown’s legislation extending California’s cap-and-trade program past 2020, began at the Annual Legislative Fisheries Forum at the State Capitol in March of 2009. As I listened to testimony from the public about the controversial Marine Life Protection Act (MLPA) Initiative to create “marine protected areas” in California, my ears perked up when John Lewallen, an author, longtime North Coast environmental leader and seaweed harvester, complained that an oil industry lobbyist, was strategically placed on the panel overseeing the creation of marine protected areas.

I was stunned. After he spoke, I asked Lewallen, a Mendocino County resident, “What’s the lobbyist’s name?” He told me, “Catherine Reheis-Boyd, the chief operating officer and chief of staff of the Western States Petroleum Association. Look it up on the DFG website.”

I looked up her name — and saw that she was on the MLPA Blue Ribbon Task Force for the North Central Coast, as well as for the South Coast. I was appalled by the fact that an oil industry representative with such an enormous conflict of interest was on a task force to “protect” the ocean, along with a coastal real estate developer, marina corporation executive and others with big conflicts of interests.

As it turned out, several months later Reheis-Boyd became the President of the Western States Petroleum Association (WSPA) and around the same time became the Chair of the MLPA Initiative South Coast panel after the previous chair left.

While state officials and corporate environmental NGO leaders touted the process as “open, transparent and inclusive” and saw no problem with having an oil industry lobbyist at the helm of marine protection in California, Tribal leaders, fishermen, grassroots environmentalists, and public trust advocates criticized state officials for allowing an oil industry official and others with conflicts of interests to oversee a process tasked with creating “marine protected areas.”

The worst fears of MLPA Initiative critics were realized in December 2012 when the Brown administration completed a series of “marine protected areas” on the California Coast that fail  to protect the ocean from oil drilling, fracking, oil spills, pollution, military testing and all human impacts on the ocean other than sustainable fishing and gathering.

Then in August 2013, an Associated Press and FOIA investigation revealed that the oil industry had conducted over 203 fracking operations in waters off the California coast during a 20 year period, including the period from 2004 to 2012 that Reheis-Boyd had served on the MLPA task forces for the South Coast, Central Coast, North Central Coast and North Coast.

Since that time, I have written many articles documenting the power of Big Oil and WSPA on this website and elsewhere. I’ve found that the state’s appointment of oil and energy officials, as well as Big Ag interests, to serve on the state’s regulatory panels and agencies has increased dramatically in recent years under the Arnold Schwarzenegger and Brown administrations.

Then in February 2017, an analysis of Department of Conservation data by the Fracktracker Alliance revealed that Governor Jerry Brown’s oil and gas regulators approved 238 new offshore oil wells in state waters under existing leases off Los Angeles and Ventura counties from 2012 to 2016, an increase of 17 percent. Roughly 171 of them were still active as of a year ago.

Now nine years after I attended that legislative forum, it is no surprise that Reheis-Boyd’s organization, WSPA, strongly backed Brown’s cap and trade legislation. WSPA and the oil industry collaborated with the Brown administration to craft language that was incorporated into Assembly Bill 398, brokered by Brown to extend California’s cap-and-trade program to 2020. www.dailykos.com/…

On June 28, 2017, In These Times revealed that leaked documents show that the Brown administration was promoting a cap-and-trade measure, not then yet a bill, laden with talking points that appear to be ripped near verbatim from a policy paper by the state’s influential oil and gas lobby.” (inthesetimes.com/…)

The bill was opposed by many environmental justice, consumer and conservation groups, although supported by some NGOs, including the Natural Resources Defense Council (NRDC), the Environmental Defense Fund (EDF) and the California League of Conservation Voters and billionaire environmentalist Tom Steyer.

Consumer Watchdog and Food & Water Watch disagreed with Brown’s contention that the legislation would “curb climate change and protect vulnerable communities from industrial poisons.” They opposed Assembly Bill 398, calling it “ a massive giveaway of billions of dollars to the oil and gas industry that fails to rein in one of the largest sources of greenhouse gas emissions in California.”

Both organizations called on state legislators to defeat the cap and trade bill, a measure that passed through the Senate Environmental Quality Committee on Thursday, July 13, and went to the Senate Floor on Monday, July 17.

Tucker said AB 398 creates “several exemptions” for the oil and gas industry and fossil fuel power plants from air pollution regulation by giving the Air Resources Board (ARB) total authority over their emissions. “It then straightjackets ARB’s oversight by requiring it to regulate only via cap-and-trade, prohibiting it from crafting meaningful greenhouse gas reduction goals,” she stated.

“Governor Brown is once again favoring the oil and gas industry, giving it a pass to pollute for another decade,” said Adam Scow, California director at Food & Water Watch. “Legislators who care about public health and California’s future must reject this bill and instead demand polluters make real emissions reductions at the source.”

Tucker and Scow said that the oil and gas sector would see “immediate benefit in the form of reduced regulation.” Brown’s legislation pre-empts local air quality districts that regulate the biggest refineries in the state, preventing them from setting stricter emissions limits that polluters would have to meet.

“In addition, the legislation makes the cap-and-trade program, which relies on the issuance and sale of emissions ‘allowances,’ even more favorable to the oil and gas industry. The program would keep carbon emissions cheap by continuing to give hundreds of millions of dollars’ worth of free pollution credits to the oil and gas industry,” they said.

“California has some of the dirtiest air in the nation and environmental justice communities need stronger provisions to address our climate and air quality crisis,” the group said in an action alert. “However, AB 398 includes a horrible give away to Big Oil that ties the hands of our local and state regulatory authorities, preventing the Air Resources Board from enacting critical regulations that cut greenhouse gases directly at the source. It undermines – instead of enables – our state’s ability to meet our 2030 targets under SB 32 and in essence overturns AB 197.”

CEJA Co-Director Amy Vanderwarker said in opposition to #AB398: “It does not get us to the real rapid emissions reductions our communities need.”

On July 13, a “broad and deep coalition” of over 50 of climate and environmental justice groups announced their opposition to AB 398, “the cap and trade bill that began with a Western States Petroleum Association wish list,” according to a press release from RL Miller at Climate Hawks Vote: climatehawksvote.com/…

However, in spite of the massive opposition to the bill, the oil industry and Jerry Brown were able to pressure the legislators, including some Republicans, to pass AB 398. The bill passed 55 to 21 in the Assembly and 28 to 12 in the Senate — and the Governor quickly signed the legislation into law.

State officials, the mainstream media and corporate environmentalists depicted the passage of Governor Jerry Brown’s cap-and-trade bill as a “historic climate victory,” although 65 environmental justice, conservation and public interest organizations slammed the bill’s passage because of the devastating impact it will have on front line communities, the people of California and our air and water.

So how did a big oil lobbyist come to chair a “marine protection” panel in Southern California from 2009 to 2012 and how was the organization she oversees able to effectively write Governor Jerry Brown’s “historic” cap-and-trade legislation and then make sure that it passed through the California Legislature?

The answer is two words: regulatory capture. In spite of California’s reputation as a “green leader, Big Oil is the largest corporate lobby in the state and exerts enormous influence over the Governor’s Office, Legislature and regulatory agencies.

The Western States Petroleum Association (WSPA), the most powerful corporate lobbying organization in California, and its members have contributed $170 million to California political campaigns since 2001, according to a data analysis from MapLight released on February 14.

WSPA is the trade association for oil industry interests in the western states of Arizona, California, Nevada, Oregon, and Washington. WSPA members include multinational oil corporations such as Chevron, ExxonMobil, BP, Valero and the Plains All American Pipeline Company, the corporation responsible for the Refugio Beach Oil Spill of 2017.

WSPA and its members have contributed more than $112 million to ballot measure campaigns, $8 million to state candidates, and $50 million to other California political action committees and party committees, according to the MapLight analysis of data from the California Secretary of State compiled by Laura Curlin and Ashleigh McEvoy.

“Chevron tops the list of political donors from WSPA’s membership, contributing $89 million overall since 2001, the first year in which online data is available,” Maplight reported. “Aera Energy has contributed the second most at roughly $40 million, and Valero is third at $13 million.

While the amount of money individual legislators have received from WSPA members is alarming, they pale in comparison to the $9.8 million from oil companies, gas companies and utilities that “climate leader” Governor Jerry Brown has received since he ran for his third term as governor, according to Consumer Watchdog. For more information on Governor Brown and his so-called “green” policies, see: http://www.consumerwatchdog.org/sites/default/files/2017-09/how_green_is_brown.pdf

In addition to pouring millions into campaigns, WSPA “augments its political influence with a massive lobbying presence in Sacramento,” topping the list of lobbyist spending in California in the third quarter of 2017, according to Maplight.

Big Oil dominated three out of the four top spots of expenditures by all lobbying organizations in 2017, the year that the oil industry-written AB 398 passed through the Legislature, according to documents from the California Secretary of State’s Office that I analyzed.

Outspending all of their competition, Chevron placed first with $8.2 million and the Western States Petroleum Association (WSPA), the trade association for the oil industry in the states of California, Oregon, Washington, Nevada and Arizona, placed second  $6.2 million. Tesoro Refining and Marketing Company finished fourth with $3.2 million. You can find the information on spending by employers of lobbyists here: cal-access.sos.ca.gov/…

Big Oil has become so powerful in California, in spite of the state’s “green” image, that every bill except one opposed by the oil industry has failed to make it out of the legislature over the past three years.

There is no doubt that Brown’s support of increased offshore and onshore drilling in California occurs within the larger context of the capture of the state’s regulatory apparatus by Big Oil, Big Gas and other Big Money interests. 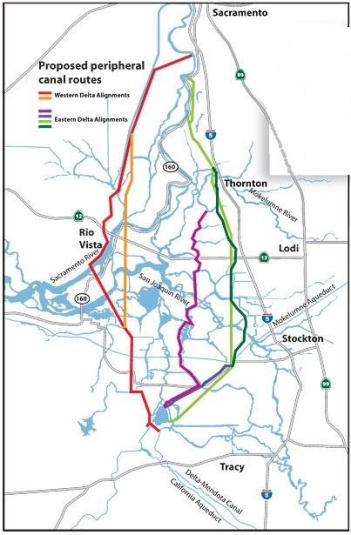