James Hansen and Bill McKibben have spent decades alerting the world to the dangers of global warming and climate change. Both have traveled millions of miles, given thousands of talks to groups large and small, and been thrown in jail for their efforts. Through it all, they have persevered. Today, Hansen remains quite pessimistic about humanity’s ability to respond effectively to the growing climate emergency while McKibben thinks there is a sliver of light at the end of the proverbial tunnel.

James Hansen: A Voice Crying In The Wilderness

You might think James Hansen, the former NASA scientist whose career as a leader of the global warming movement began in 1988 when he first brought his message to the US Congress, would be pleased by the global consensus that resulted in the Paris climate accords in 2015, but he’s not. We are basically fooling ourselves into believing we are taking important steps toward saving the planet while all we are really doing is giving ourselves pats on the back and kicking the can down the road.

Interviewed recently by The Guardian at his home in New York, Hansen had harsh words for world leaders. He says the real hoax is not the campaign of denial and confusion led by fossil fuel companies for decades, but by political leaders who promise much but do nothing of substance.

“All we’ve done is agree there’s a problem,” Hansen told The Guardian. “We agreed that in 1992 [at the Earth summit in Rio] and re-agreed it again in Paris [at the 2015 climate accord]. We haven’t acknowledged what is required to solve it. Promises like Paris don’t mean much, it’s wishful thinking. It’s a hoax that governments have played on us since the 1990s.”

He includes California governor Jerry Brown and German chancellor Angela Merkel in his list of ineffectual leaders. He says both are only “pretending to be solving the problem” but failing because they refuse to consider the benefits of low carbon nuclear power.

No Love For Obama, Brown Or Merkel

He saves his most scathing comments for Barack Obama, however. Hansen is one of the prime movers behind the federal lawsuit brought by Our Children’s Trust, in which his granddaughter is one of the plaintiffs.

Obama “failed miserably” when it came to addressing climate change and what responses he did embrace were “late, ineffectual and partisan.” He is particularly bitter about how Obama handled the government’s response to the Our Children’s Trust lawsuit.

“Near the end of his administration the US said it would reduce emissions 80% by 2050,” he says. “Our lawsuit demands a reduction of 6% a year so I thought, ‘That’s close enough, let’s settle the lawsuit.’ We got through to Obama’s office but he decided against it. It was a tremendous opportunity. This was after Trump’s election, so if we’d settled it quickly the US legally wouldn’t be able to do the absurd things Trump is doing now by opening up all sorts of fossil fuel sources.”

“Obama was committed to action but couldn’t do much with the Congress he had,” says Naomi Oreskes, a professor at Harvard who studies the history of science. “To blame the Democrats and Obama is to misunderstand the political context. There was a huge, organized network that put forward a message of confusion and doubt.” She calls Hansen a “tragic hero” and adds, “The Cassandra aspect of his life is that he’s cursed to understand and diagnose what’s going on but unable to persuade people to do something about it. We are all raised to believe knowledge is power but Hansen proves the untruth of that slogan. Power is power.”

A Carbon Fee Is The Solution

Despite the rise of renewable energy — prices for wind and solar power have fallen much faster than anyone would have predicted 5 years ago — Hansen says the only hope of salvaging the environment from a total collapse is putting much less carbon dioxide into the atmosphere. To do that, a carbon fee will be essential.

“The solution isn’t complicated, it’s not rocket science,” says the former rocket scientist. “Emissions aren’t going to go down if the cost of fossil fuels isn’t honest. Economists are very clear on this. We need a steadily increasing fee that is then distributed to the public. It’s not too late,” he tells The Guardian. “There is a rate of reduction that’s feasible to stay well below 2C. But you just need that price on carbon.”

Like Hansen, Bill McKibben, founder of 350.org and author of Oil And Honey, has been imprisoned for daring to protest against the polluters who threaten to destroy the Earth for their personal gain. He too has been vilified, kept under surveillance, and harassed for his beliefs. But he is not quite as pessimistic as Hansen, however. He sees signs that things are changing for the better.

Record low prices for renewable energy, the EV revolution, and the Pope convening a conference of oil industry executives all point to a change in the status quo that is encouraging. But what gives him hope most of all is a report from the Institute For Energy Economics And Financial Analysisthat, according to McKibben* says, “In the past several years, oil industry financial statements have revealed significant signs of strain: Profits ave dropped, cash flow is down, balance sheets are deteriorating and capital spending is falling. The stock market has recognized the sector’s overall weakness, punishing oil and gas shares over the past five years even as the market as a whole has soared.”

[* The Bill McKibben story comes from The Guardian, which picked it up from The Grist, where McKibben is an editor. There is no link to the IEEFA study provided either by The Guardian or The Grist. A search of the IEEFA website failed to find the study, although it did turn up a number of articles pointing to trouble ahead for the industry in general and ExxonMobil in particular, all of which make fascinating reading. A Google search for the study was also unsuccessful.

The lack of a verifiable citation is disconcerting and an indication of poor journalism on the part of McKibben,  The Guardian, and The Grist. I have decided to give McKibben the benefit of the doubt that he is not making up quotes out of thin air but feel a note of caution to my readers is necessary in this instance.]

McKibben goes on to quote from the IEEFA: “The financial world is just beginning to understand the fundamental weakness of the fossil fuel sector, and barely acknowledges the global climate movement’s growing power and reach. This has created a powerful opportunity to develop and foster a new storyline on Wall Street: that the oil and gas industry is an unstable financial partner just as it faces its greatest test.”

The global climate movement is Bill McKibben’s meat and potatoes. “That’s work we’re capable of,” he says. “If a few years of campaigning is enough to convince the Pope we need to keep fossil fuels in the ground, a few more quarters might finally persuade the suits that there’s more money to be made elsewhere.” The IEEFA itself says resistance to fossil fuel projects from protests and lawsuits can “turn a marginal project into a cancelled one.”

The Dangers Of Civil Disobedience

Bill McKibben may be willing to get arrested to promote what he believes in, but make no mistake — civil disobedience in the modern age is fraught with significant danger to individuals. Last week, David Dodge, a former Bank of Canada governor, made this rather startling statement after the Canadian government agreed to purchase the Trans Mountain pipeline from Kinder Morgan.

“We’re going to have some very unpleasant circumstances. There are some people that are going to die in protesting construction of this pipeline. We have to understand that. Nevertheless, we have to be willing to enforce the law once it’s there … It’s going to take some fortitude to stand up.

“We have seen it other places, that equivalent of religious zeal leading to flouting of the law in a way that could lead to death … Inevitably, when you get that fanaticism, if you will, you’re going to have trouble. Are we collectively as a society willing to allow the fanatics to obstruct the general will of the population? That then turns out to be a real test of whether we actually do believe in the rule of law.”

In several US states, lawmakers have passed or are considering new legislation — much of it pushed by Koch Brothers-funded organizations like the American Legislative Exchange Council — that will impose draconian new penalties on environmental activists. One tactic is to make protest a felony punishable by up to 40 years in prison for daring to organize or participate in protest activities.

Which loops back to that statement by Naomi Oreskes quoted earlier: “Power is power.” The real question is, why are protesters being jailed while people like the Koch Brothers and the brotherhood of professional climate deniers supported by the fossil fuel industry are not in prison? The answer could tell us a lot about human history and the privileges of power. 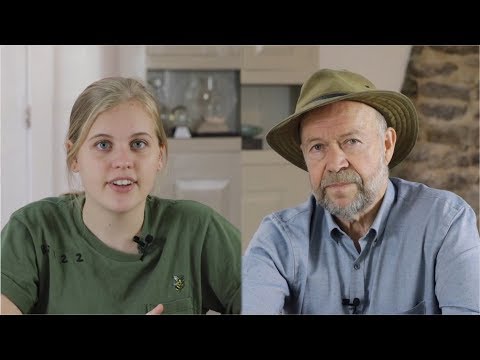