Natural gas has long been called a “bridge fuel” to renewable energy due to its presumed lower emissions rates. What industry representatives at last month’s World Gas Conference in Washington failed to mention is that there’s loads of evidence that we are reaching the end of the bridge.

The conference turned into megaphone for natural gas advocates to shout about the long-term viability of the energy source. At the event, BP CEO Bob Dudley said natural gas is a “destination fuel, not just a transition fuel.”

The Trump administration has recently begun echoing the same flawed sentiments, and the gas industry has been promoting American exports of natural gas as part of Trump’s aggressive “energy dominance” agenda. Trump officials have been trying to convince countries like Morocco (a trip Pruitt spent $100,000 in taxpayer money on), South Africaand counties in Eastern Europe to buy up American liquified natural gas (LNG). Trump himself has discussed LNG exports with China.

No surprise, then, when Secretary of Energy Rick Perry said at the conference that natural gas was integral to fuel supply. “People like to refer to it as a transitional fuel,” he said. “Nope. It’s a foundational fuel.”

Here’s the thing: the future of natural gas doesn’t look promising, and there’s a ton of evidence to back that up. Gassholes just want to ignore what’s in front of them at the expense of taxpayers, ratepayers and the environment.

Natural gas was once celebrated for its lower carbon dioxide emissions, but it’s not as clean as was once thought. In a report released last month, the Environmental Defense Fund found that the methane leak rate from U.S. oil and natural gas industry is enough to power 10 million homes — 60 percent more than the EPA’s estimates.

Methane is not good. In fact, it’s very bad. It absorbs heat efficiently, making it a more potent greenhouse gas than carbon dioxide in the short-term.

In addition, renewables are quickly gaining speed on natural gas. The Rocky Mountain Institute found that ratepayers and investors may be taking on as much as $1 trillion in investments for gas-fired power plants, despite the fact that renewables offer cheaper and cleaner energy. Another study found renewables to be a better energy option due to their lower levelized cost of energy, and here’s a study that shows how demand for gas will flatline globally by 2050.

While Trump pushes the federal government backwards, at the state level the power sector itself is increasingly choosing renewables over natural gas. Consumers Energy in Michigan is closing coal plants and is opting for renewables over gas. Xcel Energy in Colorado is replacing its coal plants with way less gas than anticipated in favor of solar and wind. The CEO of NextEra has said that storage will be a disruptive force in the energy field. Communities across the country are asking their representatives to kick out natural gas as an option in their energy mix.

Clearly, the natural gas industry is kidding itself if it thinks it’s the face of the country’s energy future. The Trump baby blimp has a better shot. 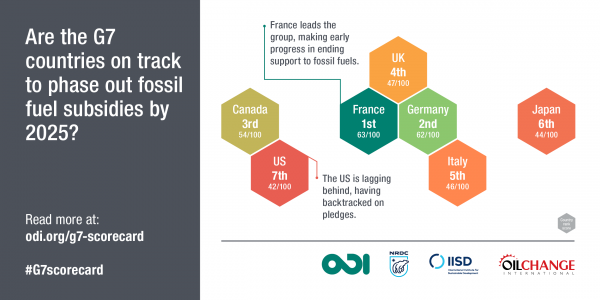 As the Kochs try to cut money for renewable energy, we still dump $27 billion into fossil fuel subsidies