Tucked into a corner of Southwest Florida about a half-hour from Fort Myers, Babcock Ranch is what developer Syd Kitson calls the most sustainable new community in America. It started when Kitson, a former NFL player, purchased the 91,000 acre ranch in 2006. He immediately struck a deal to sell 73,000 acres of the property to the state of Florida for a wildlife preserve. He then donated 440 acres to Florida Power & Light with the stipulation that it construct a solar power plant on the land. Today, that parcel is covered by 350,000 solar panels that feed electricity into the electrical grid.

Then Kitson went to work with local partners to design and build a new community on the remaining 17,000 acres. “We want to be the most sustainable new town in the United States,” Kitson tells CBS News. “We had the advantage of a green field, a blank sheet of paper. When you have a blank sheet of paper like this, you really can do it right from the beginning.”

The town gets most of its electricity from the nearby solar power plant during the day. Although the community has 10 small battery stations, Kitson says large-scale battery storage is still too expensive (Elon Musk would disagree), so at night or on cloudy days, the community draws power from the utility grid. “The people here pay the exact same amount that everybody else pays in the Florida Power and Light network,” he says. “Clearly, if you have a number of cloudy days in a row, it will impact the efficiency and the available electricity that comes from the solar field, but this is Florida, and if you don’t like the weather, just wait 10 minutes.” Last year, when Hurricane Irma swept across that part of the state, not one solar panel was damaged.

The first residents began moving in at the beginning of this year. 500 homes are expected to be completed by December. 19,500 dwelling units are planned over the next two decades. All of the structures in Babcock Ranch will feature the latest energy efficiency technology and offer 1 gigabit internet access. Alexa will handle all smart home functions. Outside, there are 50 miles of nature trails through the wildlife preserve next door. A farm-to-table organic gardening project is underway and a K-8 charter school is planned. Residents will be encouraged to leave their cars at home as they walk, bike, or take advantage of the electric autonomous shuttle bus fleet that will service the community.

“This community is a unique opportunity to really implement sustainable technology in a practical way,” Haris Alibašić, a professor at the University of West Florida, tells Good.com. “Cities around the world have started adopting 100% renewable energy targets, but it’s both intriguing and encouraging to see this happening from a developer.” He adds he would like to see more affordable housing included in the plans for the community. A three bedroom home in Babcock Ranch sells for $195,000 and a four bedroom town house lists for $795,000. “I think the ultimate key to long term sustainability is attracting people from diverse incomes and backgrounds,” he says.

Last January, Richard and Robin Kinley became the first family to move to Babcock Ranch. They chose a house near a lake, which has now been named Lake Kinley in their honor. “The air is nice and clean here and I think these types of communities are the future,” Robin says. “I felt very much like when I bought a Tesla back in 2013 and I said, this is definitely is going to make it,” Richard adds. “I felt the same way about Babcock Ranch.”

Their first neighbors were Donna and James Aveck, who moved in a few weeks later. “We love the innovation here,” Donna says. “We think it’s a very small planet and we want to do our part to conserve it.” Babcock Ranch has thought of every detail when it comes to sustainability. Jim says, “When I go to the gym, which is huge, and I get on the treadmill, the energy I generate by running actually feeds back into the electric grid.”

Communities that have already transitioned to 100% renewable energy include Aspen, Colorado; Burlington, Vermont; Greensburg, Kansas; Rockport, Missouri; and Kodiak Island, Alaska, according to the Sierra Club. But Babcock Ranch has designed sustainability into the entire fabric of the community from the beginning. Just as Tesla has driven change in the transportation industry, Babcock Ranch will encourage other cities and towns to make sustainability part of their community DNA. 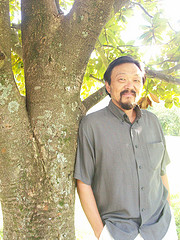 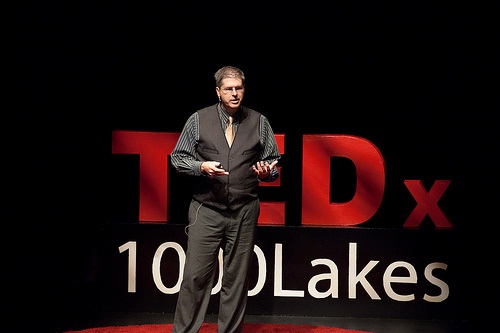