Who doesn’t want to think that they are a good human being? That they are a person of good intentions, clear conscience, fair-minded, generous, loving, and merciful? On the other hand, who wants to be a loser? The current political predicament in the USA has America’s winners turned losers and the consequent pain of that flip-flop has propelled the new designated losers into a fury of moral indignation.

The deplorable Trump insurgents were supposed to be put in their place on November 8, 2016 — stuffed back into their reeking WalMarts — but instead, their champion with his gold-plated hair-do presides over the nation in the house where Lincoln, The Roosevelts, and Hillary lived. “Winning…!” as the new president likes to tweet.

What a revoltin’ development, as Chester A. Riley used to say on “The Life of Riley” TV show back in 1955, when America was great (at least that’s the theory). Riley was an original deplorable before the concept even emerged from the murk of early pop culture. He worked in an aircraft factory somewhere in southern California, which only a few decades prior was the mecca of an earlier generations of losers: the Oakies and other Dust Bowl refugees who went west to pick fruit or get into the movies.

Chester A. Riley supported a family on that job as a wing-riveter. All the male characters in the series had been through the Second World War, but were so far removed from the horror that the audience never heard about it. That was the point: to forget all that gore and get down with the new crazes for backyard barbeque, seeing the USA in your Chevrolet, enjoying that healthful pack of Lucky Strikes in the valley of the Jolly Green Giant… double your pleasure, double your fun… and away go troubles down the drain….

As Tom Wolfe pointed out eons ago, the most overlooked feature of post-war American life was the way that the old US peasantry found themselves living higher on the hog than Louis the XVI and his court at Versailles. Hot and cold running water, all the deliciously engineered Betty Crocker cake you could eat, painless dentistry, and Yankees away games on Channel 11, with Pabst Blue Ribbon by the case! By 1960 or so, along came color TV and air-conditioning, and in places like Atlanta, St. Louis, and Little Rock, you barely had to go outside anymore, thank God! No more heat stroke, hookworm, or chiggers.

It was a helluva lot better than earlier peasant classes had it, for sure, but let’s face it: it was kind of a low-grade nirvana. And a couple of generations beyond “The Life of Riley” the whole thing has fallen apart. There are few hands-on jobs that allow a man to support a family. And what would we even mean by that? Stick the women back in kitchen and the laundry room? What a waste of human capital (even for socialists who oppose capital). The odd thing is that there is increasingly little for this class of people to do besides stand near the door of the WalMart, and if the vaunted tech entrepreneurs of this land have their way with robotics, you can be sure there would be less than nothing for them to do… except crawl off and die quietly, without leaving an odoriferous mess.

What political commentator has failed to notice that the supposed savior of this peasant class is himself a sort of shabby version of Louis XVI, with his gilded toilet seats, brand-name pomp, and complex hair? A happy peasantry needs a good king, and that is the role Mr. Trump seems to have cast himself in. I assume that he wants very earnestly to be considered a good person, though all his efforts to demonstrate that have been startlingly clumsy and mostly ineffective.

The one thing he has truly accomplished is driving his opponents in the overclass out of their gourds with loathing and resentment. (The term, overclass was minted, I believe by the excellent essayist Michael Lind.) It’s a wonderfully inclusive term in that it describes basically everyone who is not in the underclass — that now-dreadful realm of tattooed diabetics moiling in the war memorial auditoriums and minor league ball parks for their hero and leader to descend like Deus ex Machinain the presidential helicopter to remind them how much they’re winning.

Meanwhile, the class of former winners-turned-losers — the Silicon Valley executives, the Hollywood movers and shakers, the Brooklyn Hipsters, the Ivy League faculties, the Deep State guideline writers, the K-Street consultants, the yoga ladies of Fairfield County, Connecticut, the acolytes of Oprah Winfrey and Elizabeth Warren — resort to righteous litigation in their crusade to restore the proper order of rule in this land. When they come to power, the shining city will be at hand….

I kind of doubt it. The truth is, all current winners and losers are living in the shadow of a financial system that doesn’t really work anymore, because it doesn’t represent the reality of wealth that is no longer there. The consolation, perhaps, is that there will be plenty for all those who survive the collapse of that system to do when the time comes. But it will be in a disposition of things and of power that we can’t possibly recognize from where we stand these days.

Join me (JHK), David Stockman, Chris Martenson & Adam Taggart in New York City for an intimate 6-hour discussion primarily focused on our forecasts for the Economy and the financial markets, with special emphasis on the biggest threats that could trigger a major correction, as well as the key crash indicators we’re all watching most closely. We’ll also explore the many growing Energy, Environmental and Social Disorder risks in today’s world — as well as provide ample time to address your most burning questions. 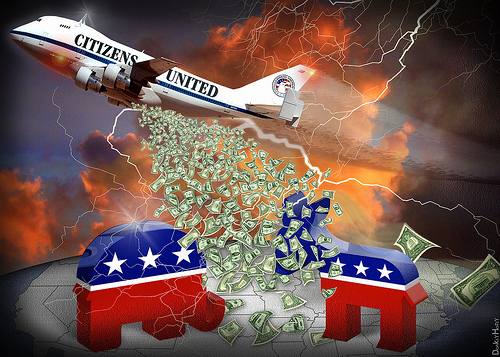 James Howard Kunstler – Are You Going To Entropy Faire?