The point here is not, “Hey, Tesla did some things.” The biggest point, actually, is that every step of the way there have been loud voices claiming Tesla’s goals were impossible and that Tesla would fail and collapse just around the corner. While the official “Tesla Death Watch” was shut off approximately a decade ago, some of the critics have stuck around and the claims that Tesla’s next step will basically be its last step have never ended.

No matter how much such claims are wrong, when they are made continuously for a decade, people start to associate the company with the claims. Some people start to associate Tesla with failure even though it has achieved stunning success after stunning success. It takes stepping back for a moment in order to realize that these associations are manufactured — were planted in our heads by incorrect claims.

Let’s start in 2013 with some comments from George Blankenship, who had formerly worked at Apple and was then a top exec at Tesla:

“And as soon as we do that, what do we say? ‘Now we are going to build a 4-door sedan that seats seven people and goes 300 miles and goes zero to 60 in under 4.5 seconds. Impossible for everybody else on the planet except for Tesla.

“And that’s what we do every day.”

Indeed. That should kick us off.

Tesla achieved that target with the Roadster, and then again with the Model S, and then again with the Model X (a freakin’ SUV, and now again with the mass-market Model 3). Before 2012, much of the skepticism about Tesla was communicated behind closed doors. Nowadays, it happens on CNBC, MSNBC, Fox News, etc. Well, a much smaller number of people knew anything about Tesla back then, but that didn’t make the skepticism any less severe. Just look at Tesla market cap then compared to know to get a sense for how many people had faith Tesla could achieve its plans.

Let’s count an electric car that can drive over 200 miles on a single charge, goes from 0–60 mph in under 4 seconds, and looks great as the first “impossible” goal Tesla achieved.

As noted above, Tesla achieved that goal as well and has actually dropped the zero-to-sixty acceleration of the Model S down to 2.5 seconds, something also deemed “impossible,” but we’ll just count the car all together as one achievement.

While this one wasn’t deemed “impossible,” the critics considered it so ridiculous that it warranted “a healthy degree of skepticism” and a very low price target for Tesla stock.

This one comes from a July 2013 article in Business Insider, an outlet you might be familiar with from our #Pravduh project. This was the headline: “Bank Of America: There Are 300,000 Reasons That Tesla Is Massively Overvalued.”

The Tesla share price back then was $121 and considered ridiculously high by some analysts featured in Business Insider. “Bank of America Merrill Lynch’s John Lovallo II and John Murphy are holding firm to their original $39 price target,” it was reported.

The Business Insider writer provided some useful context as well: “A 48% growth rate has never been achieved by any other auto manufacturer ever.”

I recently highlighted Tesla’s insane growth since 2012, writing that Tesla had seen 25,913% growth in Tesla sales in 6 years. Yes, starting from Q3 2012 is more fun than useful for such a metric, but even if we start in 2013, we can see — based on previous Tesla skepticism — that a nearly impossible annual growth rate is not impossible after all at Tesla.

(Wall Street analysts weren’t the only ones claiming Tesla couldn’t scale up production. Thomas Bartman, member of the Forum for Growth and Innovation, a Harvard Business School think tank studying disruptive innovation, said even in 2015, “[Tesla] won’t be able to scale,” according to the Harvard Business Review. He said the future of electric vehicles would be golf cart–like vehicles.)

4. Motor Trend Car of the Year and #1 top rated car in Consumer Reports.

Okay, I don’t have any record of anyone saying it would be impossible for an electric car to win the Motor Trend Car of the Year award, but let’s borrow a line from Bill Maher — “I don’t know it for a fact, but I just know it’s true.” No doubt about it, there were automotive experts who insisted an electric car could never be good enough to win the prestigious Motor Trend award. Tesla won it.

Aside from winning that award, the Tesla Model S became the car that buyers were most satisfied with according to Consumer Reports, and then held that #1 ranking year after year. The car also essentially broke the internal Consumer Reports rating system for reviewing cars.

A certain renowned auto executive, former head of GM Bob Lutz, claimed years ago that Tesla wasn’t a real company, would never really matter, and could never compete effectively on the mass market. The costs of producing an electric car were too high and apparently technology costs cannot come down over time.

I don’t know of any specific metric for automobile competitiveness, but I feel like a combination of safest car in the USA, a total cost of ownership comparable to the Toyota Camry, and a trim that offers the best acceleration and handling for the price(but not the Camry TCO) is the definition of competitive. (Add in the next two safest passenger vehicles, both of which match up superbly with other vehicles in their price class, for extra fun.)

Lutz is not the only prominent expert and TV talking head who put his reputation on the line with regard to Tesla Model 3 competitiveness. Even earlier this year — yes, 2018 — the most noted Tesla short seller, Jim Chanos, said, “[The Model 3] for $55,000 is not a particularly great car in our view. It might be for $27,500. But it competes against basically luxury cars at $55,000. And that’s a pretty competitive area and going to get more competitive.”

It’s hard to understand what Chanos is thinking here, but aside from the points above, it should be noted that the Model 3 has become the 4th best selling car in the United States, the best selling American car in the USA, and the highest grossing car in the USA. Additionally, Tesla has surpassed BMW, Mercedes, Lexus, and every other luxury vehicle brand in the United States, and it has surpassed Jaguar and Porsche globally. I’d call that competitive.

6. A car that changes lanes automagically in 2015.

It may seem like decades ago, but it was just a handful of years ago that Tesla unveiled Autopilot. In 2014, an automotive expert who long worked at Volkswagen was even willing to risk his digestive system to bet against Tesla. “If that Autopilot changes lanes automatically at the touch of a blinker stalk by, say, one year from now, in a series Model D, I will publicly eat a Tesla baseball hat on Twitter, Facebook and YouTube,” Bertel Schmitt (aka Mr. B.S.) said. “How about it, Elon?”

Autopilot delivered. Mr. B.S. did not.

Maybe it’s just me, but it seemed like attacks on Tesla picked up as the Tesla Model X approached and then entered production. There was a narrative for months that the Model X couldn’t be produced, and certainly couldn’t be mass produced. Much of the criticism hinged on the Model X’s falcon-wing doors. (Pun intended.)

It may seem like a negligible matter at this point in time, but there was actually a strong assumption across the industry and in the press that the Model X would bring Tesla down, that the company’s inability to deliver on the vehicle and its wings would crash the enterprise.

In 2016, Bob Lutz, clearly a favorite automotive expert for the press to turn to when covering Tesla, claimed, “The Model X appears to be unbuildable with those automatic gull-wing doors, which everyone in the industry always said were not going to work.” Maybe the mistake was that he thought they were gull-wing doors rather than falcon-wing doors. In any case, this was the prevailing wisdom, yet Tesla again proved that the “impossible” was possible. The Model X is now produced at a rate of around 50,000 units a year — doors included.

Some of the less bearish bears and less skeptical skeptics admitted that perhaps Tesla could speed up the process and get the car out the door earlier, but they were mostly ignored and seldom respected.

Some of the more bearish bears and more skeptical skeptics claimed that Tesla couldn’t mass produce the Model 3 at all — ever. Actually, this became one of the most common talking points of Tesla critics. I’m not going to give the claim its own position on this list, but the message was hammered hard. It was hammered clearly, confidently, and obsessively. Tesla would never ever be able to mass produce the Model 3.

We haven’t covered the impossible Tesla Semi, Gigafactory 1, Model Y, or other matters, but I think that’s good for now.

Furthermore, the goalposts keep moving. The claims of critics are now that Tesla can’t turn a profit, that Tesla can’t pay off its debt (story coming on that), that demand for the Model 3 will soon dry up, that Tesla won’t produce the $35,000 Model 3, that Tesla can’t afford to build more gigafactories, and so on and so on. I hope this article helps you to not fall for manufactured or misguided fear, uncertainty, and doubt about Tesla and its goals. For the most part, those skeptical claims haven’t been true in the past. It doesn’t seem logical to conclude now that Elon Musk will all of a sudden be wrong and the critics will all of a sudden be fortune tellers.

As an epilogue, let’s deal with one “impossibility” mentioned by Elon Musk over the years. Musk once said, “It is impossible for [car dealerships] to explain the advantages of going electric without simultaneously undermining their traditional business.” That claim may actually be grounded in reality.

11 Tesla FUD Claims Of Years Past

If A Tesla Pattern Has Emerged, What Does That Mean For Model 3? 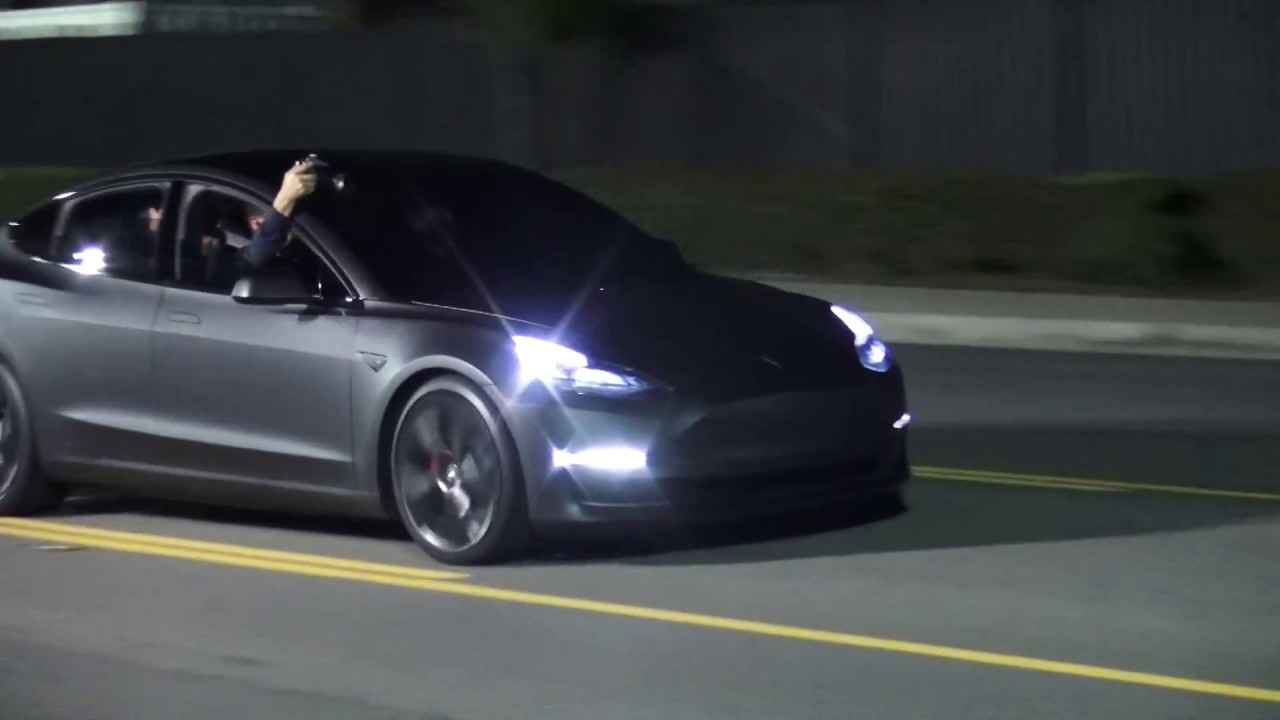 Tesla Model 3: Elon Musk vs “It’s never been done before” 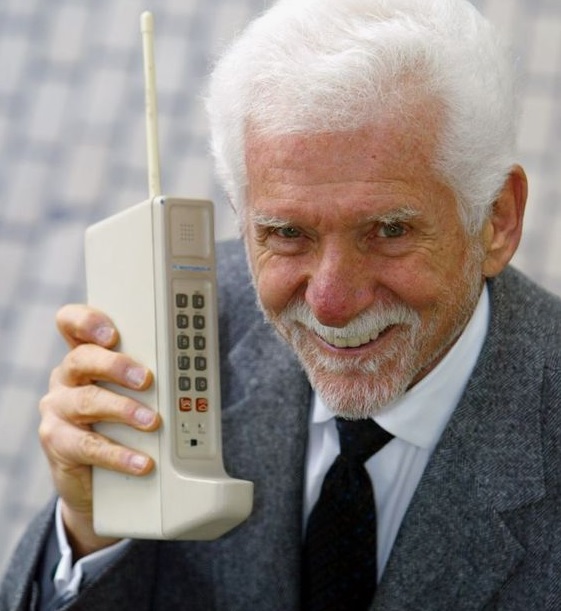 From the iPhone to Tesla: The history of “They said it couldn’t be done” 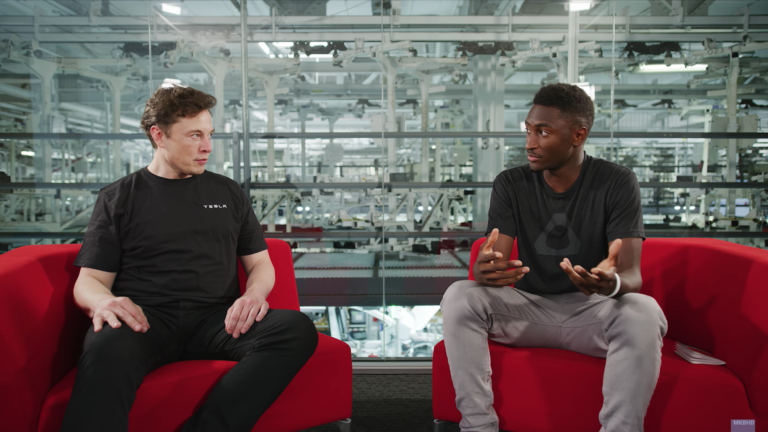 Are you tired of reading about Tesla and Elon Musk yet? (NYTimes trashtalk edition)