We’ve said it before and we’ll say it again. State-level solar policy trumps Trump’s energy policy any day of the year. The proof is in the pudding. According to the latest Solar Foundation employment report, solar jobs ticked downwards on average across the US, but more than half of the states reported job growth. Several of the states with positive numbers also rank in the top 15 for coal production: Pennsylvania, Illinois, Texas, and Virginia.

So, why take it from The Solar Foundation? Well, the organization plays a key role in the US Department of Energy’s mission to create more employment in the PV sector and grow the domestic PV industry.

I know, right? Weird! Despite President* Trump’s pro-coal rhetoric, during his tenure the Energy Department has vigorously pursued the Obama Administration’s “all of the above” energy policy.

If you look at the national picture, it may appear that President* Trump’s pro-coal policies are having a ripple effect on the solar industry. According to the Solar Foundation’s new National Solar Jobs Census 2018, the US solar industry employed about 3% fewer people in 2018 than in 2017.

If that sounds pretty good compared to coal, it is. Bloomberg ran the numbers back in December and came up with a figure of only 53,000 jobs nationwide directly related to coal mining. Adding transportation and other closely related sectors still doesn’t get you up to the 240,00 level.

One hundred years ago coal mining employment topped 800,000 in the US. Since then coal mining communities have suffered through a long, slow decline, with giant machines and dynamite inexorably replacing hand labor.

The recent trend of replacing coal power plants with natural gas — and both coal and gas with renewables — is just the latest chapter in that story.

For that matter, those aforementioned pro-coal policies haven’t exactly borne fruit on a nuts and bolts level. The Commander-in-Chief has made several attempts to stimulate coal mining jobs by propping up old coal power plants, but so far his proposals have met a series of brick walls.

What’s Up With Solar Jobs? Nothing! (For Now)

Where were we? Oh right, the new solar jobs report. The Solar Foundation released its first annual employment report in 2010 and found 150,000 jobs among the 50 states. That puts the 2018 number in a good light despite the downturn last year.

The Solar Foundation attributes the 2018 downturn mainly to a delay in utility-scale projects. That hitch was due to uncertainty over the outcome of petitions related to Trump’s new tariff on PV panels.

Interestingly, some of the states with healthier, more mature solar markets suffered the highest job losses. The leading state of California, for example, racked up 86,414 solar jobs in 2017 but only 76,838 in 2018.

However, there are plenty of bright spots on the state level:

This marks the second year in a row that solar jobs have declined after seven years of steady growth. At the same time, solar jobs increased in 29 states in 2018, including in many states with emerging solar markets.

One could argue that the comparison between coal jobs and PV jobs is a bit disingenuous because the hands-on nature of the two sectors is very different.

If you’re talking strictly about jobs in mining, well, you don’t mine for solar panels the way you mine for coal. It would be difficult to parse out the raw materials, so, let’s just say that the number of US mining jobs that depend directly and exclusively on demand from the US solar industry is pretty close to zero.

On the other hand, if you’re talking about physical labor (above ground or below), the territory expands significantly. That would count in solar factory jobs as well any kind of installation, from a few rooftop solar panels to utility-scale solar farms.

That actually gets to the heart of the matter. Breaking out coal mining jobs from other energy employment was a conceit of the Trump campaign strategy in 2016. It made no sense then, and two years later it makes even less sense.

Last year Politifact took all this into account and made an apples-to-apples comparison of coal jobs with solar jobs in the broader field of energy employment. Solar came out ahead by a wide margin.

Sunny Skies Ahead For Solar Jobs

Last year was actually the second year in a row that solar jobs ticked downwards. That raises the question of what’s in store for 2019.

That’s a good question. However, if you’re looking for work in the solar industry, you’re in luck. Even with the downturn in job totals, solar employers are still on the prowl for applicants with sufficient training, experience, or both.

In 2018, more than 25% of solar businesses told The Solar Foundation that it was “very difficult” to fill positions with qualified candidates.

The Solar Foundation also expects the backlog of utility scale projects to open up soon, driving a 7% increase in solar employment this year. That would ramp the total to 259,400 jobs.

The Solar Foundation cites California-based Swinerton Renewable Energy (which is 100% employee owned btw) for a representative perspective. Trump’s tariffs on steel and aluminum as well as solar panels rocked the company’s bottom line last year, but the prospects for recovery look good:

Despite these economic factors, we began 2019 with a robust pipeline that includes new projects in existing and emerging markets. Together with industry partners, we will continue to advocate at the federal level in support of long-term solutions that support growth for solar energy.

If Swinerton rings a bell or two, that’s the company behind the 191-megawatt Springbok 2 solar farm in southern California.

Last year Swinerton claimed the title of #1 contractor in the nation by our friends over at Solar Power World, based on kilowatts installed.

The company operates mainly in the US west and it recently branched over to the east, so it must be eyeballing some nice opportunities there. CleanTechnica is reaching out for more details on Swinerton’s outlook and advocacy for 2019, so stay tuned for more on that. 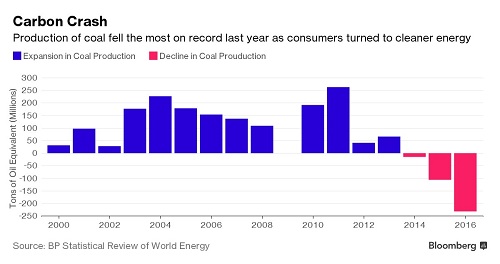