The right’s mockery of the Green New Deal continues to provide ample fodder for counter-mockery. While some pundits are content to play Mr. Gotcha on airlines, fearmonger about steaks, or unironically use South Park’s denial parody and cry “but China!”, others offer more entertaining responses.

The most bizarre attacker is Jack “they named an anti-corruption law after me” Abramoff, who is apparently fundraising for his new PAC by going after the GND. The most idiotic is occasional racist Tucker Carlson’s rant last week on Corey Booker and the GND. Note the part where Tucker asks “who came forward when the Germans bombed Pearl Harbor?” That’s about the level of integrity and precision we’re dealing with here.

Then there’s the American Action Forum, which on January 28th published a reportclaiming the GND would cost at least $1 trillion. How did AAF calculate the costs of a policy that hasn’t been released yet? Well, it made it up. AAF estimated $16.5 billion in costs for existing rules that would need to be finalized, then just guessed about the rest, justifying its guesswork by claiming the cost of bigger rules “are incalculable.”

The Wall Street Journal editorial board’s response, meanwhile, is to dredge up any and all bad news on climate policies and pretend they’re a condemnation of the GND. A single poorly planned wind farm is the GND in profile. Australian energy efficiency policy from 2009 is a GND cautionary tale. $1,973 LED lights are a warning about the GND, despite that the editorial’s admission that such renovations will eventually push “utility bills down.” The answer to all of these is the same: the GND’s comprehensive and intersectional approach is designed specifically to avoid the pitfalls of these one-off projects.

The (un)official GOP party line, though, is the same as it’s been for 20 years, after Fred Luntz told conservatives in 2002 to make use of the invocation of innovation. Three GOP House Reps wrote a piece in RealClearPolitics last week claiming “Republicans have better solutions to climate change.” Unfortunately, none of their solutions are actually answers.

The piece begins by acknowledging “climate change is real,” then praises how natural gas has reduced emissions, ignoring the fact that continued fracking will lead to unacceptable levels of warming. The authors also pay lip service to carbon capture and utilization (a failure,) hydropower (problematic, to say the least) and nuclear power (cost-prohibitive, unless you think a $9 billion hole in the ground is a good deal.)

It would seem that Republican representatives acknowledging climate change is real means there is an increasing acceptance on the right that the science is settled and it’s time for solutions. But is that an honest approach, or just another rhetorical shell game designed to give them the appearance of reasonableness while still actually promoting fossil fuels?

It is, of course, a front. But don’t take our word for it–just head on over to Ricochet, an odd pay-to-play conservative alternative to real social media websites. There, user Icarus213 mourns “the conservative loss of the skeptical high ground,” as outright denial is slowly being replaced by lip service to the science.

In the post, Icarus213 (whose “Thatcher” level membership means they pay $99.99 a year to post and comment on the site), writes that they’ve noticed that hardcore denial has been replaced by “a kind of lukewarm position that concedes that of course Climate Change is happening, and of course it’s a problem, but… . And then comes the list of things that basically amounts to a changing of the subject.” Icarus points out that if “we really thought Climate Change was a big problem, we would be proposing solutions to it. We aren’t, because we don’t.”

For once, we find ourselves agreeing with someone who identifies as holding the “Climate Denial position.” So remember, those telling you that some combination of Nuclear power, Innovation and Natural gas will solve climate change are just a bunch of NINcompoops.

(Crossposted from DailyKos. Cartoon by Tom Toles at the Washington Post) 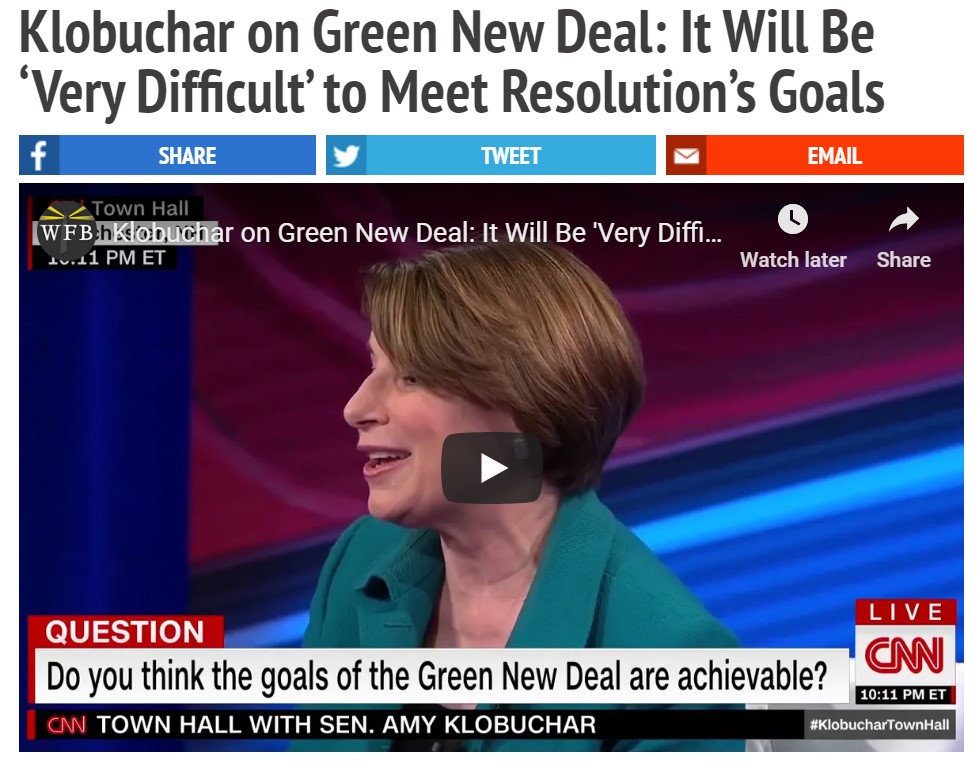 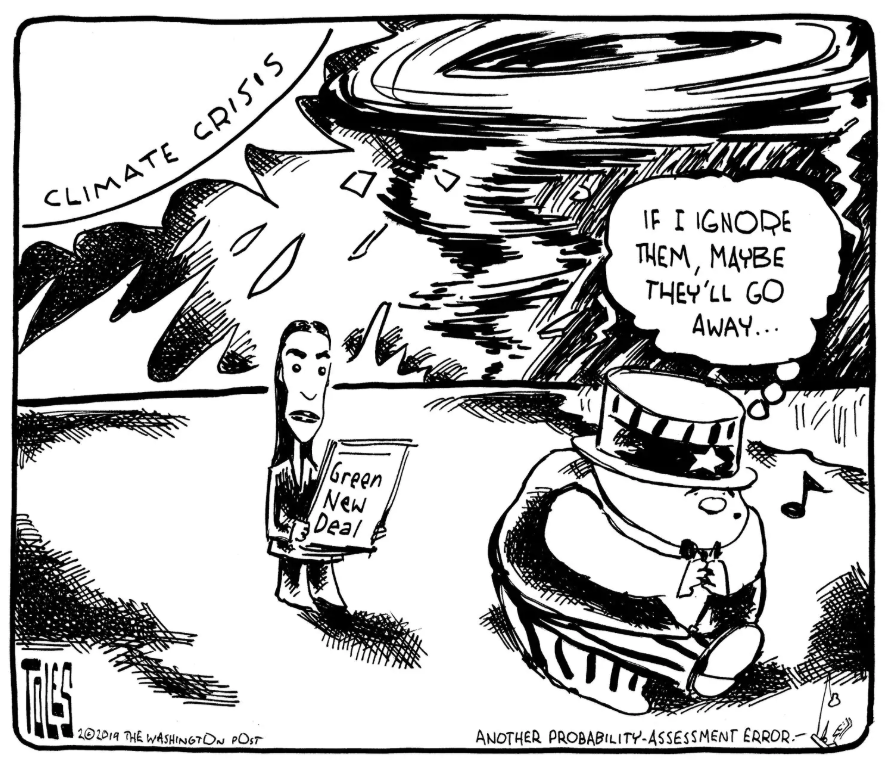 GOP sets out to trivialize and demonize the Green New Deal. They’re wrong on all counts. 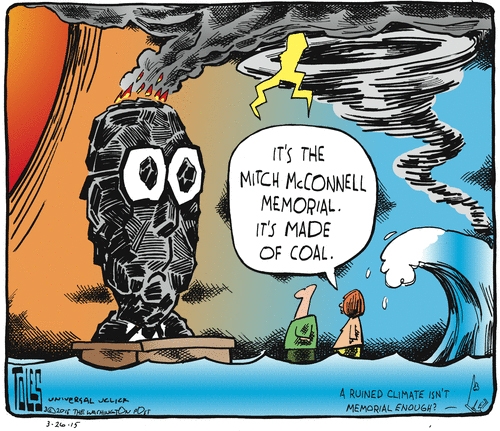