File this one under P for Proof that karma is a bitch. The Trump* Organization’s ill-fated legal action against a relatively small, 11-turbine offshore wind farm in Scotland took yet another twist last week when the country’s Court of Sessions ruled that Trump’s company and the Trump International Golf Club in Aberdeen are on the hook for the country’s legal costs.

The exact sum has yet to be disclosed but it could amount to a tidy pile of Euros, considering that the lawsuit has festered since 2015.

As if the Commander-in-Chief* needed any more headaches right now!

The golf debacle is more than just another notch on the decades-long belt of private sector failures credited to the President Trump. It is also a microcosm for his losing battle against renewable energy.

A firm formerly headed by US president Donald Trump has been ordered to pay Holyrood’s legal bills over Aberdeen Bay wind farm battle.

Ouch! The ruling follows a decision against the Trump holdings at the Supreme Court in London.

As of this writing, the Scotland Court of Sessions has not published its decision. However, you can get some insights into the dustup from the papers filed in 2015 against the Scottish Ministers, in which the Trump Organization and Trump International Golf Course listed their objections to the new wind farm:

From the inception of the [offshore wind farm project], the petitioners have opposed it on planning, environmental and amenity grounds; and have done so on a consideration of its apprehended financial impact on the petitioners’ development. The petitioners have sent numerous letters of objection and representations to the respondents.

Basically, Trump argued that the offshore wind farm would spoil the views from his newly built golf club, which went into operation in 2012.

That bit about environmental concerns is funny considering that the International Golf Course was roundly opposed by environmental groups when planning began in 2006. The plan was finally approved in 2008 under reportedly “unprecedented” circumstances demonstrating “exceptionally poor judgement” on the part of then-First Minister of Scotland Alex Salmond, who reportedly greenlighted the project following a private dinner with Trump.

Adding to the irony, construction of the course reportedly destroyed a “virgin” sand dune habitat.

Too bad Salmond didn’t travel to the future and listen to the advice of Michael Cohen before he decided to push the Trump project forward.

Cohen is facing serious jail time following his longtime role as Trump’s “fixer.” During his testimony before Congress last week, Cohen warned legislators and others who “blindly” support Trump that they could end up suffering ‘the same consequences that I’m suffering.’”

Anyways, that sounds par for the course concerning Trump’s use-’em-and-lose-’em treatment of political allies. By 2017, Salmond himself was warning other economic development planners against taking Trump at his word. He also had this to say about the current Leader of the Free World:

“The Grand Canyon is a minor crevice compared to the vast chasm of ignorance of that man.”

As for the possibility that the offshore wind farm could play a role in future legal or Congressional action against the current occupant of the Oval Office, file that under T for That appears to run afoul of the Foreign Emoluments Clause of the US Constitution, aka Article I, Section 9, Paragraph 8:

No Title of Nobility shall be granted by the United States: And no Person holding any Office of Profit or Trust under them, shall, without the Consent of the Congress, accept of any present, Emolument, Office, or Title, of any kind whatever, from any King, Prince, or foreign State.

The prevailing view among Constitutional scholars is that the Foreign Emoluments clause prohibits the President of the United States to act in his personal financial interest.

Nevertheless, shortly after news of the Court of Sessions decision broke, the Leader of the Free World deployed his Twitter account to inform the public that he is “very proud of perhaps the greatest golf course anywhere in the world.”

Trump also noted that the golf course “furthers U.K. relationship,” in case you need any additional reminder that there seems to be no wall between his personal financial interests and affairs of state.

And, in case you were wondering which golf course he was referring to, he linked to a Trump Organization web page citing the designer of the Aberdeen course, well known golf course architect Martin Hawtree, praising his own work (how’s that for an objective endorsement):

“The landscape framework of @TrumpScotland comes close to an ideal. There is nothing missing & there are no weak holes.” Dr. Martin Hawtree http://TrumpGolfScotland.com.”

Walter Shaub, an advisor to the US ethics watchdog organization CREW, took to Twitter with a quick observation that hints at more trouble between Congress and the President:

This is Trump’s most explicit commingling of personal interests and public office to date.

This is the tone from the top that leads his appointees to violate ethics rules.

This is shameless, corrupt and repugnant presidential profiteering.

This is an invitation to graft. https://t.co/3Gce7RGEYW

Anyways, in consideration of his praise for the golf course apparently the President does not consider those 11 wind turbines out in Aberdeen Bay to be such eyesores after all. They were built last year and began operation last fall as the centerpiece of the new European Offshore Wind Deployment Center.

Despite the considerable legal, financial, and political levers of power available to Trump, the global wind industry is moving forward.

EOWDC was designed as an R&D facility aimed at staking Scotland’s leadership role in ramping up the offshore wind industry worldwide. It has also become a local tourist attraction.

The US has some catching up to do, but it is poised to sprint ahead on offshore wind. Yes, Energy Secretary Rick Perry has been toeing the Trump line on fossil energy, but so far that amounts to so much lip service.

Here’s a short list of US wind industry developments since Trump took office in January 2017:

The Energy Department has also gone out on a legal limb to support new wind energy transmission lines in the US interior, so there’s that.

For the record, here’s the President at the annual conservative convention CPAC poking fun of wind power just last Saturday:

I think it’s really something that they should promote. They should work hard on it. … When the wind stops blowing that’s the end of your electric. Let’s hurry up. Darling, is the wind blowing today? I’d like to watch television, darling.

Meanwhile, Dr. Hawtree’s enthusiasm for the Aberdeen golf course does not seem to reflect in the facility’s ledger books.

Our friends over at Business Insider provided some insights under the headline, “Trump boasts about his controversial Scottish golf course, even though it loses $1 million a year and many locals despise it:”

A review by Business Insider of the accounts for Trump International Golf Club Scotland Limited, which runs the course, found losses of between $1 million and $2.4 million for every year since it opened in 2012.

CleanTechnica is reaching out to NYSERDA, the New York State agency tasked with leading the new US wind energy consortium, for an update, so stay tuned for more on that.

(Crossposted from our sister-site, Cleantechnica.) 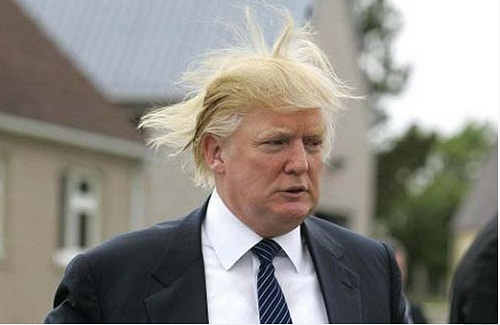 Donald Trump attacking windmills – why does he hate wind?