Elon Musk has risen to a special kind of hero level among millions of Tesla and SpaceX fans (not sure there are many PayPal fanatics out there even if there are many happy users). He is the face of a generation trying hard to stop the global heating crisis, or perhaps the face of a few generations. He’s also a rare face of extreme innovation and disruption in exciting fields of industry. More than the CEOs of almost any other major companies, Elon Musk is the face of Tesla and SpaceX. (The only similar examples I can bring to mind are Mark Zuckerberg at Facebook, Bill Gates at Microsoft, Steve Jobs at Apple, Richard Branson at Virgin, and George Foreman at George Foreman Grill … wait, what?)

Following certain topics professionally, or just obsessively, you can pick out patterns in messaging. The important thing about messaging is that it’s deliberate. It’s repetitive, frequent if possible, and focused on achieving a desired result that is influenced by image or perception. The target audience may be the whole population or it may be a specific subset of the population. Heck, it could even be one person (if you’re simply aiming to send a message to the president through the TV).

Some messaging moves through the crowd organically — whether it was intentionally seeded or not — but long-term messaging around very specific topics is often intentionally targeted.

What’s interesting is when you have two completely opposite messages fighting it out day after day. We won’t go into the whole Trump–Russia collusion (“102 contacts and 28 meetings between the Trump Campaign/Transition team and Russians“) versus no collusion (lol) debate, but that whole thing is one prime example of dramatically different messages at war with each other over a long period of time. In the case of Tesla, the fascinating disconnect is the “Elon is totally awesome” message versus the “Elon is a fraud who succeeds at nothing and should step down from Tesla” message.

People who love Tesla and SpaceX by and large love and support Elon Musk.

On the flip side, there has been attack after attack on Elon Musk by numerous stock analysts (who are often short Tesla, not long Tesla), loudmouthed TSLA short sellers, members of the financial/business press (including the New York Times, unfortunately), Twitter troll armies, sketchy “investment” blogs, and anyone the attack organizers think they can take along for the ride. As part of that, there is an incessant “concern trolling” going on in which Elon Musk critics pretend that they want to see Tesla succeed, and that everything would go perfectly if only Elon would leave.

Of course, that is a total absurdity to most of us who follow Tesla closely and who have invested in Tesla (I have). First of all, you have to break out of the bubble that short sellersand other smear sources have framed for us and realize that Tesla is actually a stunning success story. Scroll through some of these sales charts or scroll through Tesla flashbackarticles to see how amazingly well Tesla nailed its long-term plans and how much that defied numerous expert critics. You either have to say that Elon Musk planned things out much better than critics assumed or he succeeded against all odds time and time again. Either way, the man deserves some absurd props, which is why millions of people give him those props.

Elon is great at acknowledging tens of thousands of employees who do the daily work that actually makes Tesla awesome. No doubt, those people deserve praise and respect. Everyone who makes Tesla a great company and helps to make, sell, or service such wonderful products deserves some recognition for making their own mark on the world. I recently toured Tesla offices and factories and gave my own personal thanks to many employees for their service to society, but there were tens of thousands I of course missed.

All of that said, a good company needs a good leader. A company that is achieving “the impossible” — not once, not twice, but dozens of times — surely has a leader with exceptional leadership skills, strategic genius, and business acumen. This shit don’t happen if the head ain’t on the beast.

(Apologies for getting colorful for a moment, but sometimes color is needed to emphasize a point.) But the point should be obvious by now — Tesla is what it is (among other things, a tremendous success) in large part because of its CEO. Shareholders know this. If Elon Musk died or left Tesla tomorrow, the stock price would collapse, because many of the investors are betting on Tesla because they are betting on Elon (Ron Baron is among that category of investor, by the way).

Nonetheless — or, actually, because of that — there has been a long-term messaging strategy underway to smear Elon Musk. Some of this has been revealed definitively, with certain right-wing organizations setting up smear sites to dirty Elon’s image, for example. But much of it slides through without revealing the hand underneath, and only becomes a bit obvious when you look at the patterns. Tesla critics, Tesla short sellers, and Elon haters want Elon out. Sometimes, rather than getting sucked into their narrative, you simply have to realize and recognize that.

This whole article was triggered by one headline I saw a couple of hours ago on Google News: “Elon Musk’s Days as Tesla CEO Could Be Numbered: JPMorgan Analyst.” Though, I should correct that statement. It wasn’t triggered by that one headline — it was triggered by hundreds of similar headlines and statements, or thousands of them. That headline, blatant as it was, just topped them all off.

Yes, certain banks, certain investment funds, certain short sellers, and certain automotive competitors would love to see an end date on Elon Musk’s role as CEO of Tesla. That’s obvious. Tesla is destroying investments in other auto companies, in oil companies, and in hedge funds betting against Tesla. If they can make little molehills (certain tweets) look like mountains and avalanches, they can try to shift the messaging away from Elon Musk’s heroism and onto a much darker image of Elon. They are using every opportunity they can to do this. And it has been effective. Many normal people consumed and digested the message, which has definitely reduced Tesla sales and investments in Tesla. But the ultimate goal isn’t to simply slow Tesla’s growth — it’s to destroy Tesla. It seems that it was decided a while back that an effort to destroy Tesla should go through the head of Tesla, the secret master plan mastermind himself, Elon Tusk.

I wasn’t in the meeting where this part of the plan hatched, but I think it’s clear from comments about Elon and media coverage of Elon over the past couple of years that he became the approach avenue for attacking Tesla. It has become like a giant ad hominem. Deflect attention from Tesla’s successes and disruption by attacking a sometimes sensitive, quirky human. Frame him as a broke, trouble man, and then act as though the whole future of Tesla rests on the shoulders of a stumbling, loopy fraud. I know very good people, smart people, and climate-concerned people who have bought that narrative, whose thoughts about Tesla and Elon sit within that frame. The question is how far it all goes.

Aside from rambling about an annoyingly effective messaging campaign, what’s the takeaway point of this article? It is: Don’t let the smear campaign affect you. Don’t buy into the daily anti-Elon hype and professional messaging campaign aimed at taking him down. It serves no helpful purpose for society.

Keep calm and charge on. 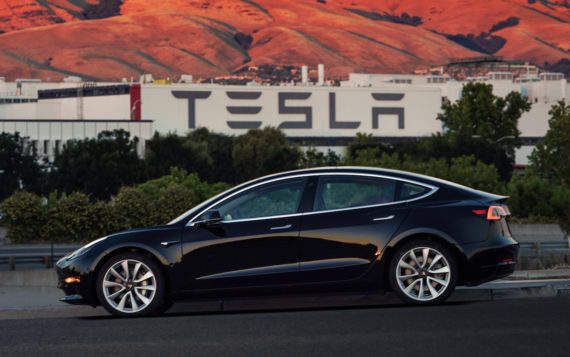