Did your mom make you tidy up when you were a child and made a mess? When you shared your first apartment with a bunch of roommates, did you have to establish rules for kitchen cleanliness? Many judges seem to be using such commonsense life experiences as the basis for their recent rulings, extending the “personal responsibility for my actions” argument to abandoned mines and chemical runoff that has contaminated local water sources.

Doesn’t it also make sense that what’s known as the “tragedy of the commons” should apply to fossil fuel companies and the carbon dioxide, methane, and other greenhouse gasses (GHG) that have contaminated our atmosphere?

Humans caused the climate problem and are now increasingly being called upon to solve the problem. Illegal dumpers, blatant polluters, and inefficient users of fossil fuels should be the first who are called upon to pay their fair share of the cleanup.

And, beyond the fossil fuel billionaires, each of us needs to acknowledge our contribution to atmospheric pollution.

That shouldn’t be the case, according to Erik Solheim, executive director for the United Nations Environment Program. At a 2017 conference at Columbia University, he said, “The profit of destroying nature or polluting the planet is nearly always privatized, while the costs of polluting the planet or the cost of destroying ecosystems is nearly always socialized. This cannot continue.”

Many recent reports speak to the need to act now while we can still breathe the air and live in the manner to which we in the post-industrial world have grown accustomed. The IPCC Special Report on Global Warming of 1.5°C . The Fourth National Climate Assessment. The Climate Accountability Scorecard.

Time is short — we need to clean up the fossil fuel-induced mess we we have caused.

What is the Cost of Environmental Degradation?

A consortium of global companies and researchers at the Swedish Life Cycle Center, a competence center hosted by Chalmers University of Technology, Sweden, have developed a new International Organization for Standardization (ISO) standard that will help companies place a monetary value on and manage the impact of their environmental damage. This will provide a clear figure for the cost of their goods and services to the environment, as the ISO standard contains a guide for how monetary valuation should be made, defines terms, and sets requirements for documentation.

The Environmental Priority Strategies in product design (known as EPS for short) is a systematic approach to choose between design options in product and process development. The standard is expected to lead to increased collaboration among experts across multiple fields as well as to increase reliability of databases and software.

Over the past three years, Bengt Steen, Professor Emeritus at Chalmers, has led the development of this new ISO standard for monetary valuation. “One reason why sustainable development does not move fast enough is that it is not linked to the economy,” Steen told Science Daily. “Experts speak one language, and business leaders another. The negative environmental effects often remain just figures on paper. But by translating environmental issues into a monetary value, it becomes much easier to present the whole picture to an organisation and influence their strategic decisions.”

Unlike many other tools, the new ISO standard weighs different types of environmental impacts, not just the effect on climate. This allows a more comprehensive picture of environmental as well as social impact of goods and services to be assessed through their entire life cycle.

“With this standard, we can remove several of the obstacles to increased usage of monetary valuation. In a few years, when users can routinely assess the total environmental damage cost for a given investment, supplier, product design and so on, environmental issues can occupy a more central place in the boardroom. Costs to the environment can be presented side by side with profits for the company,” says Steen.

He argues that these types of “heavyweight, international standards” carry great weight. Companies can see where there are clear environmental benefits, he outlines, which stimulates sustainable business investments.

The project started in 1989 on request from Volvo as a co-operation between IVL Swedish Environmental Research Institute, Volvo, and the Swedish Federation of Industries. Since then it has been modified several times and has involved several companies, such as the Swedish Product Ecology Project and the Nordic NEP project.

A Procedure to Calculate Monetary Valuation of Environmental Impacts

The monetary valuation of environmental impacts can include energy consumption, climate impact, material use, and emissions into water, air, and soil. A product can be assessed across its lifetime for the amounts of emissions generated and resources expended. When segregated, such product or service life environmental effects become transparent: reduced crop yields, lower fish stocks, or shortened human life spans due to floods and heat waves. This leads to the ability to determine the financial costs of such impacts, with an associated concrete monetary amount attached.

Monetary valuation is a way of expressing value in a common unit for use in comparisons and trade-offs between different environmental issues and between environmental and other issues. The monetary value to be determined includes some or all values reflected in the concept of total economic value. An anthropocentric perspective is taken, which asserts that natural environment has value in so far as it gives utility (well-being) to humans. The monetary values are economic values applied in trade-offs between alternative resource allocations and not absolute values.

The costs can be translated into taxes, fees, or an initial warning about possible future economic liabilities. The EPS includes an impact assessment method for emissions and use of natural resources, which can be applied in any Life Cycle Assessment (LCA). The results of the EPS impact assessment method are damage costs for emissions and use of natural resources expressed as ELU (Environmental Load Units). One ELU represents an externality corresponding to one Euro environmental damage cost.

What are some Examples of Environmental Impact Valuation?

The Science Daily analysis of the EPS work offers an easy-to-understand scenario for environmental impact evaluation. They ask us to imagine a wooden chair, which is worn out and needs to be discarded. The chair weighs 12 kg. There are two options:

In the first case, the cost of transport and the landfill is low — 0.40 Euros, and the emissions from the transport are largely negligible. But, the degradation of the wood in the landfill takes place under oxygen-poor conditions, resulting in 4 kg of methane being formed. This leaks into the atmosphere and contributes to the greenhouse effect. The environmental cost of methane emissions has been calculated at EUR 3.80/kg using the EPS methodology.

In the second case, the transport costs 5 Euros. The transport gives an emission of 3.8 kg carbon dioxide, but the thermal energy derived from the chair means that 6 kg of coal does not have to be burned for the heating plant to produce the heat needed. This results in a saving of about 20 kg of carbon dioxide emissions, and 6 kg of the finite natural resource, coal. With EPS, the environmental damage cost for carbon dioxide has been calculated at EUR 0.135/kg and the natural resource value of coal at EUR 0.161/kg.

Therefore, this method of disposal results in a total conventional cost of 5 Euro, but a saving of environmental damage costs, an actual environmental gain, of about 3 Euros.

There is great hope in the valuation of environmental degradation. We may come to place value in waste if we can harvest it, composting, repurposing, reinventing and recreating our materials such as our great-grandparents did. What if each consumer were monetarily responsible for single-use plastic consumption? We’d be quickly looking to refillable containers of all sorts. Instead of escaping into the air, landfill gas can be captured, converted, and used as a renewable energy resource.

Even something as iconic as golf courses can be designated as sanctuaries if they limit pesticides, enhance habitats, institute green initiatives such as solar-powered carts and geothermal clubhouses, reclaim water, use the natural environment, and promote eco-friendly practices to players.

The economic benefits and avoided health-care costs from investments in the cleantech industry can also be enormous as we move into the post-fossil fuel world. Establishing monetary values to our consumption is an efficacious start.

The banksters need to pay their fair share: A Robin Hood Tax could save the world 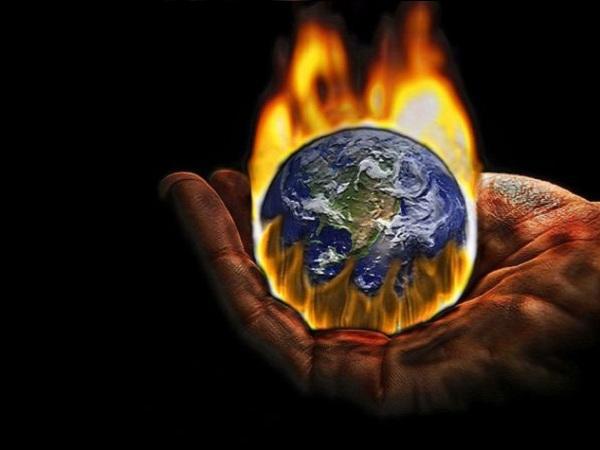 How much will it take to convince climate change deniers? (Part 93) 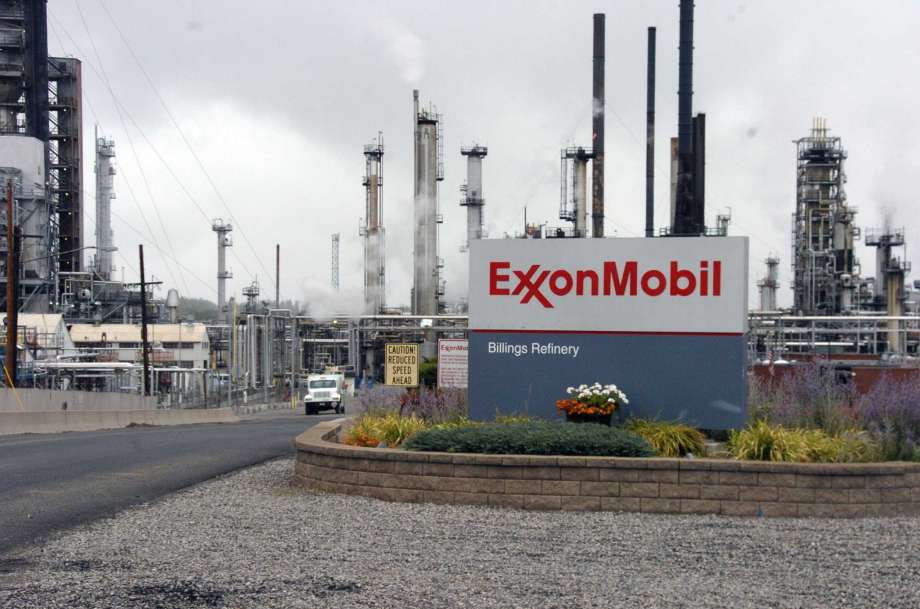 Climate change lawsuit: ExxonMobil fought all the way to the Supreme Court – and lost.