On Mother’s Day, a remembrance of Simmalikee, my ‘puse’ (grandmother)

On this Mother’s Day, I am reprising an essay I wrote four years ago about my grandmother, the woman who raised me until I was 9 years old.

August 23, 1955, a stroke killed Simmalikee, my grandmother—in the Seminole dialect of Muscogee that she spoke, my puse. She had been my mother until then, raising me until my own mother, who was just 15 when I was born, could get her chaotic life together. Suddenly, aged 51, my grandmother was gone. I miss her still.

My grandmother connected me to the Seminole world—the tribal world, the spirit world of our panther clan, the Muscogee language of our Creek ancestors—in ways that my mixed-blood grandfather did not. After his teen years, he had chosen a different road, coal miner, union organizer, political radical. Not that he ever forgot his origins. The world wouldn’t let him.

But like so many American Indians of his and later generations, operating in the new world cut him off from the old world, the half-assimilated culture of his parents and grandparents. When he was not yet 20, he left the land that would later become the Seminole reservation on the northwest shore of Lake Okeechobee, at Brighton, and, except for brief visits, he did not return there until the final two years of his life five decades later.

My grandmother, on the other hand, would have lived forever where she was born if she could have. When she wed my grandfather at age 16, however, she signed on for a peripatetic life that took them and their children to the coal and metal mines of Wisconsin, Pennsylvania, Illinois, West Virginia, Alabama and finally Georgia, where I was born. But, every August, no matter what, she traveled to Brighton for the Green Corn Ceremony and the stomp dance. Five times she took me with her on the long, long bus ride in those pre-Interstate highway days through a blur of towns and cities: Blakely, Bainbridge, Tallahassee, Gainesville, Ocala, Lakeland, and Winter Haven, until we got to the Big Water.

There, for five or six weeks, I played with my first and second cousins, dark-skinned and light, full bloods and mixed. We caught frogs and snakes in the sawgrass, paddled flatboats and canoes in the marsh, and listened rapt to my great-aunts and great-uncles tell stories in Creek and English that they had heard from their own uncles and aunts who had lived through the last two Seminole wars with the United States. They spoke of the government’s betrayal of Osceola, of Aripeka and his half-Irish wife Itee, and of Olacto Mico, known to the outside world as Billy Bowlegs.

At age 7, I was introduced along with some of my visiting cousins to Chofeehatcho, Billy Bowlegs III, a grandson of Osceola who was then 91 years old and would live another 12. His father was African American, his mother half-Seminole and half-Scottish, and he had been the tribal historian for 50 years. He was my grandmother’s distant ena-hvmke, her cousin. I remember he had piercing eyes and a deep voice. We all sat on his porch while he told us kids a story about a character I knew well from my grandmother’s own stories, Chufi, the rabbit who is trickster, just as coyote is in Southwest Indian lore.

Like my grandmother, when the ceremonies were over and all the summer visitors prepared to leave, I never wanted to get back on the bus. But my grandfather wanted her home and me back in school. Obligations that could not be denied.

My grandmother was herself not keen on school. From age 9 until 15, she had been taken away to boarding school, a Cherokee boarding school in North Carolina since there was none exclusively for Seminoles. There, they worked her over but good, doing all they could to snatch away her culture, her language, her roots. They did not succeed. But as young as I was, I knew she was bitter about the attempt. It was said she never spoke English again. I don’t know if that was true, but I never heard her speak it. Instead, she always spoke Creek—Muscogee—and she, along with her sister Hitochi, taught it to me.

At home, in an extended family sometimes swelling to more than a dozen in a big but dilapidated house that my grandfather had managed to buy for back taxes in what the local whites charmingly called “N—–town,” she was my guide, my explainer, my soother and my shield against the none-too-friendly world of Jim Crow. She counseled me to patience but not surrender.

Money was always short, and she brought in a few dollars by baking pies for a local diner called the Maid-Rite in a wood-burning stove and by taking in laundry that she washed in a hand-cranked washing machine and pressed with a pair of flat-irons heated on the stove. We had no electricity until I was 7.

Although some of the memories have faded in the decades since she was there every day for me, one that I have told here previously remains sharp-edged, as if it had happened yesterday:

I was 6 years old and sitting next to my grandmother at the table where as many as 14 of our extended family members ate our evening meals. I quickly finished my small plate of rice and beans, and said, “But, grandma, I’m still hungry.” Everyone went silent. She smiled at me, took her plate and scraped off the several spoonfuls she had not yet eaten onto mine. No, I thought. Not your food, grandma. Some other food. I sobbed as she coaxed me to eat each bite. No matter how empty my belly felt, I never again said I was still hungry after a meal.

That was a long time ago, but I have never forgotten that terrible moment nor what it means to be poor. If there was meat or fish on the table then, it was possum, deer, catfish, and the occasional wild hog. In those days, before food stamps, we received surplus government hand-outs every month: rice, beans, cornmeal, lard, cheese and powdered milk. It was never enough, and toward the end of each month, everybody’s portions got smaller.

I escaped that poverty long ago. And, as I said, I’ve forgotten many of the details my grandmother taught me, including most of the language. But no day ever passes without the memory of her smile and embrace coming to mind. M’vto, puse, (thank you, grandmother) for all you did and all you were. 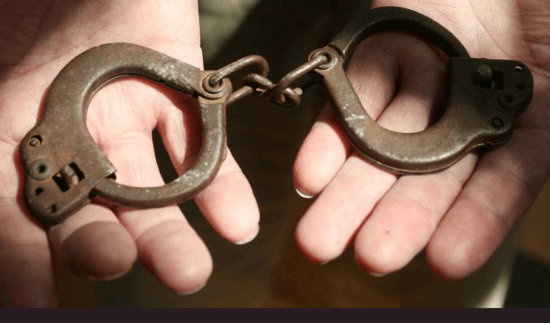 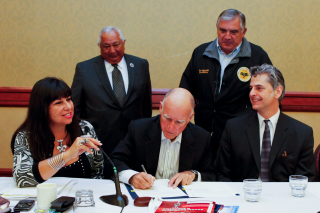 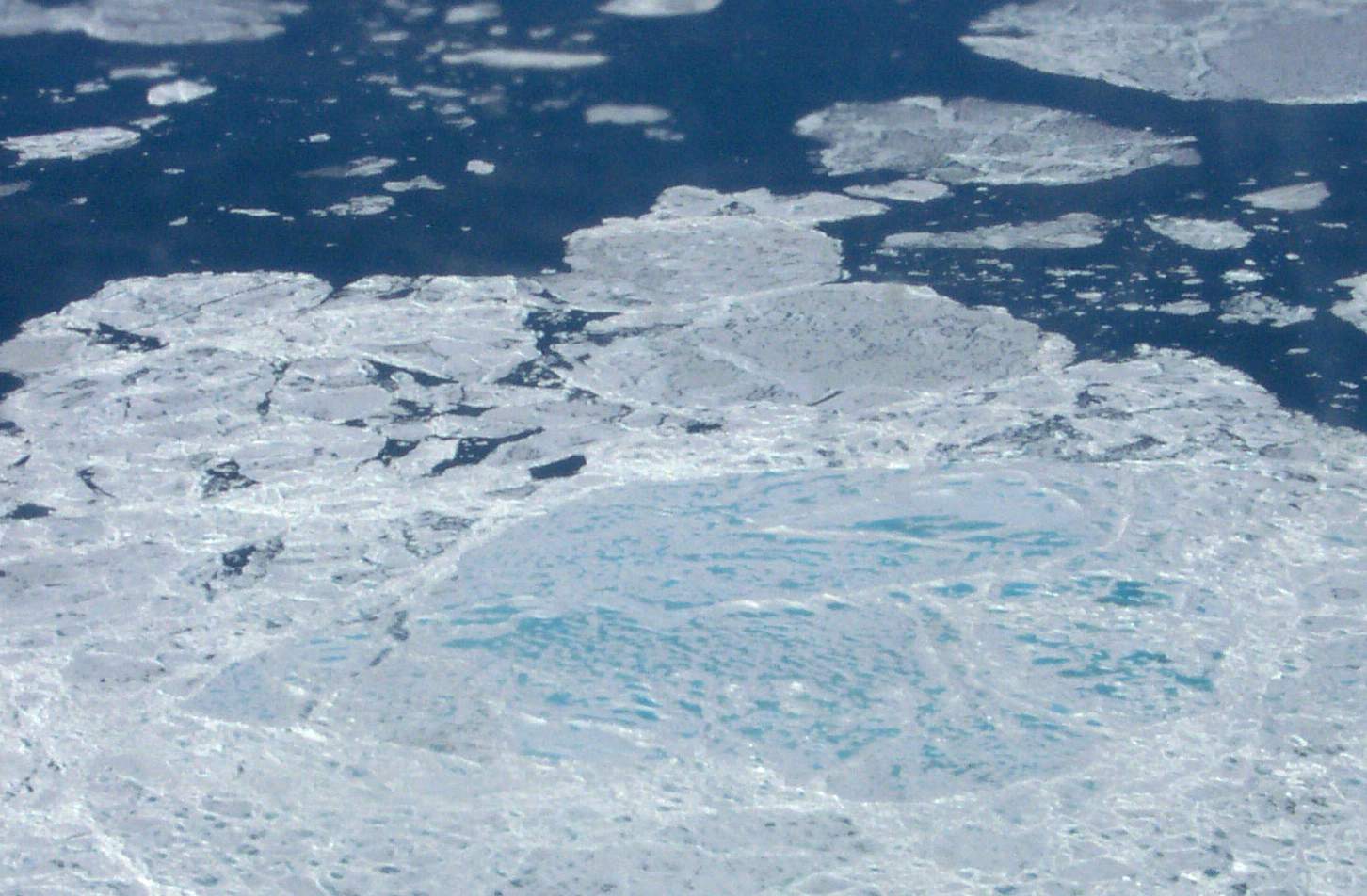 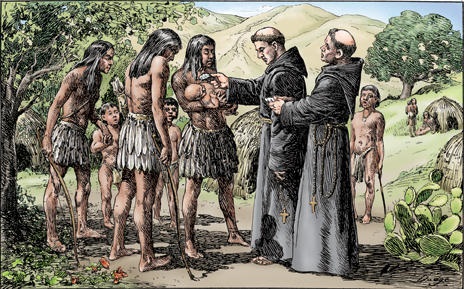