Mary Annaise Heglar is the director of publications for the Natural Resources Defense Council in New York. Writing in Vox this month, she says she cringes every time someone confesses to her that they eat meat, use straws, or drive a pickup truck. She is tired of people blaming themselves for global warming, as if they are personally responsible. Instead, she says, they should be taking action to make those who got us into this mess pay for their crimes.

In case you don’t know, out of all the hundreds of thousands of companies in the world, just 100 of them have been responsible for 71% of the global emissions that cause global warming since 1998, according to The Carbon Majors Database published by the Carbon Disclosure Project. Many of them are owned or controlled by governments.

There is little we can do to hold governments responsible, but private, for profit companies should be targeted either directly or through their investors, Heglar says. Beating ourselves up because we don’t recycle or eat veggie burgers is a dead end that helps no one, especially ourselves.

“The belief that this enormous, existential problem could have been fixed if all of us had just tweaked our consumptive habits is not only preposterous; it’s dangerous,” she writes. “It turns environmentalism into an individual choice defined as sin or virtue, convicting those who don’t or can’t uphold these ethics.

“When you consider that the same IPCC report outlined that the vast majority of global greenhouse gas emissions come from just a handful of corporations — aided and abetted by the world’s most powerful governments, including the US — it’s victim blaming, plain and simple.” Then she adds this vital part:

I don’t even care if you work on an oil rig. In some parts of the country, those are the only jobs that pay enough for you to feed your family. And I don’t blame workers for that. I blame their employers. I blame the industry that is choking us all, and the government that is letting them do it.

Praise For The Green New Deal From Three Republicans

A big part of the fight will be making sure a sane person occupies the White House after Temper Tantrum Trump is kicked to the curb by voters in 2020. This week, three Republicans who previously headed the EPA under Republican presidents called out the current administration for the “undermining of science” and pursuing a potentially “catastrophic” approach to climate change.

The three were scheduled to testify together before the House Energy and Commerce Subcommittee on Tuesday and spoke with ABC News beforehand. William Reilly was the EPA administrator during the George W. H. Bush administration. “If we continue business as usual, it’s catastrophic,” he said. “We’re the number two emitter in the world after China.”

Christine Whitman, who ran the agency under George W. Bush, said she was concerned about “the disrespecting of science in the administration and the undermining of science and the importance of science.” Lee Thomas was in charge of the EPA under Ronald Reagan. He said his boss would have wanted the agency to recommit to its primary mission. “Change the direction, change the management and go back to the mission of the agency. That’s what I think President Reagan would say,” he told ABC News.

Asked to rate the EPA under current administrator (and former coal industry lobbyist) Andrew Wheeler, the trio said he should get a D “or a little lower.” “You need an agency that is credible, has consistency in its rule making and is science-based,” said Thomas. He added there was now a steady exodus of career EPA employees from the agency because they are disillusioned with how it is being run.

Wheeler has said publicly that climate change is an issue, but one that is way down on his list of priorities for the EPA and is not the “crisis” environmentalists make it out to be. “That’s an unfair characterization,” said Reilly, who noted the EPA’s own National Climate Assessment had described global warming as being a dire situation.

“The Green New Deal did something really wonderful,” he said. “I am told by so many Republican members of Congress that they are never asked about climate when they go on the stump. And now, they’re asked. That is marvelous. It’s put it on the agenda.” Whitman agreed. “For the first time in my memory, an environmental issue is going to be a major part of a political campaign for the presidency,” she said. “I haven’t seen that before, and it’s not going to go away, and that’s good.”

Imagine if you will, as Rod Serling would say, a time when three Republicans who served under Republican presidents praise the Green New Deal and damn the current maladministration for being charlatans. America may have just entered the Twilight Zone.

America went crazy when it was revealed that Volkswagen had sold diesel powered cars in the US for a number of years that did not comply with applicable emissions standards. Massive fines were levied and a few people went to prison. Why, then, is there no public outcry about the criminals in the oil business who knowingly foisted off their death dealing products on the public for decades?

The emissions from diesel Volkswagens were bad, but their effect on the environment was not one millionth as damaging as the impact of carbon dioxide or the fine particulates released into the atmosphere by burning fossil fuels. Apologists may say that the oil companies didn’t know about the harm they were doing but that is simply not true.

An investigation by Inside Climate News in 2015 revealed that ExxonMobil new exactly what the result of burning fossil fuels would be way back in 1982. Its scientists even created a graph showing what the result of pumping billions of toms of carbon dioxide would be over time. A version of that chart, with red lines added to show where we are today, was tweetedrecently by Bloomberg correspondent Tom Randall.

The original hockey stick chart created in 1998 by climate scientists Michael E. Mann, Raymond S. Bradley and Malcolm K. Hughes brought hoots of derision from the industry and led to a well funded campaign — paid for in large part by ExxonMobil — to discredit the scientists who created it.

In the graph above, published by Wikipedia, the smoothed curve created by Mann, Bradley, and Hughes is shown in blue with its uncertainty range in light blue. It is overlaid with green dots showing the 30-year global average of the PAGES 2k Consortium 2013reconstruction. The red curve shows measured global mean temperature according to HadCRUT4 data from 1850 to 2013.

Look at the two charts together. The upward curve predicted by Michael Mann and his colleagues in 1998 is virtually identical to the upward trajectory predicted by ExxonMobil in 1982. Notice how ExxonMobil’s projections closely match the observed concentration of carbon dioxide in the atmosphere today, which just passed 415 parts per million.

ExxonMobil lied, then spent billions of dollars to cover up its lie. Because of that lie, the world is in grave danger. And the leaders of the company are not in jail because — why? Secretary of State Mike Pompeo is going around the world right now crowing about how melting polar ice caps are a good thing because it will make it easier to extract the oil and gas buried beneath the Arctic.

America needs sane leaders, not lunatics. Keep that in mind when you go to the polls in November, 2020. There is no other issue more important that addressing climate change. Vote for leaders who will protect you and your family, not those who will feed you to the wolves in the name of profits.

If three Republicans can see how bad the situation in Washington has gotten, maybe it’s time to listen to them? Ronald Reagan would be seen by many today as a socialist. Which brings to mind this thought from Hubert Humphrey: “Compassion is not weakness and concern for the unfortunate is not socialism.” Neither is concern for the Earth. 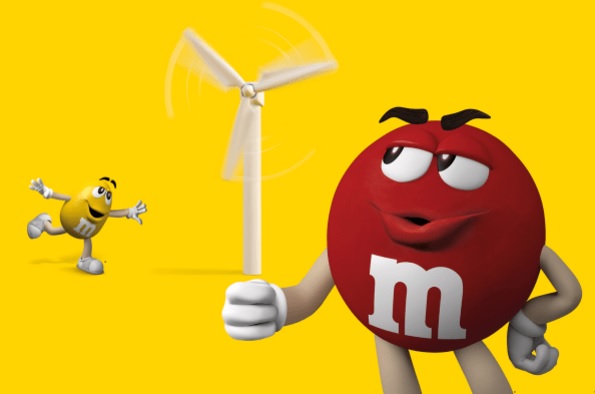 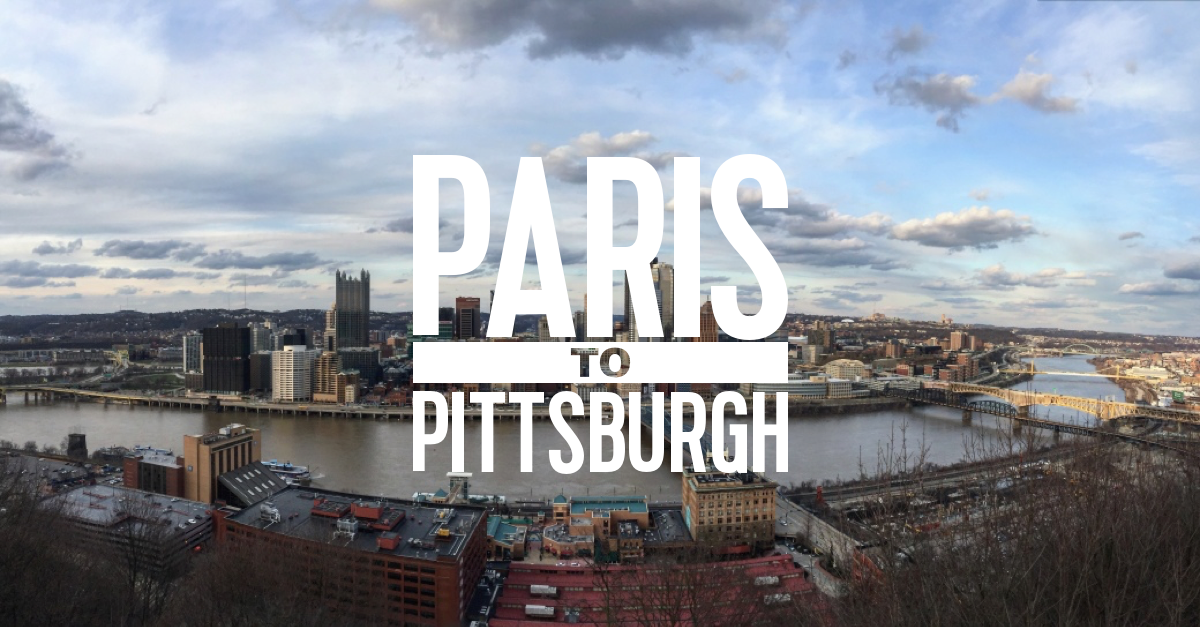 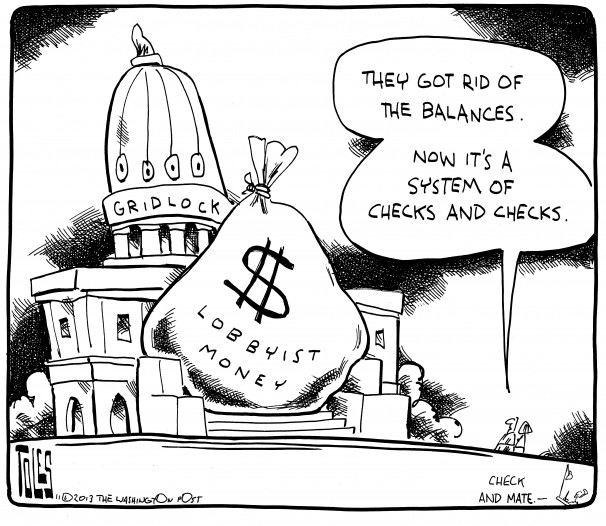