Earlier this month, Ohio Gov. Mike DeWine officially signed into law HB6, which will funnel customer-paid subsidies to keep two otherwise uncompetitive nuclear power plants in the state from closing, while also bailing out two struggling coal plants. FirstEnergy has spent the last several years begging for federal or state intervention to save their plants, and it looks like that lobbying has paid off.

Along with the bailout for the nuclear and coal plants, which will cost customers $2.35 more a month, the bill also slashes renewable energy and energy efficiency standards in the state. Now proponents argue these changes will save customers the $4.50 a month surcharge for these energy mandates. But this ignores the near-term cost-savings they will receive from energy efficiency updates and cheaper renewable energy sources, making HB6 a great example of legislative malpractice.

FirstEnergy doesn’t care about that, though, because customers saving money by receiving cheaper energy, and then using less of it, is not a win for FirstEnergy’s profit margin.

However, one of the most intriguing element in this story came a few days after the bill passed, when FirstEnergy announced it was canceling its plans to close the super-polluting Sammis coal plant. Now the Sammis plant is not set to receive any direct benefit under the new law, but as their CEO describes it, the subsidies “would make our company economically healthy enough that we would be able to look at other investments like investing in the Sammis Plant.”

And who else benefits from this sudden change of heart? As it happens, all of the coal shipped to the Sammis plant last year was supplied by Murray Energy Corp. Coincidentally, we’re sure, Murray Energy’s CEO Robert Murray has been advocating for a lifeline for FirstEnergy’s plants for years, and lobbied directly on HB 6.

(This is also a good opportunity to remind you that John Oliver and HBO’s Last Week Tonight won a defamation fight over referring to Murray as a “geriatric Dr. Evil”, a clip which you can view here.)

But of course this isn’t enough for Murray. Last week, he reportedly implored the president to take steps to revive the coal industry and “fix” the Federal Energy Regulatory Commission at a fundraiser for Trump’s reelection. Unfortunately for Mr. Murray, coal’s future has never been bleaker, and not even Ohio’s backwards energy subsidy slush fund will save it.

Despite the Trump administration’s efforts to weaken federal pollution regulations by rolling back the Clean Power Plan, plant owners are not altering their plans to retire coal plants. According to an analysis from Rhodium, falling renewable costs and low gas prices have the potential to shrink the coal fleet by almost a third of its current size by 2025, and Moody’s Investors Service U.S. thermal coal will “erode significantly” and could fall to as little as 11% of U.S. electric generation by 2030.

The good people in Ohio aren’t going to make it easy for Murray and FirstEnergy every: a group called Ohioans Against Corporate Bailouts have already started collecting signatures to hold a referendum on HB6 in 2020.

And who knows, maybe HBO will take on HB6 too!

(Crossposted from DailyKos. Image C by Fox entertainment and The Simpsons.)

Automakers agreed to emissions standards when they took bailout money. Now they’re reneging on the deal. 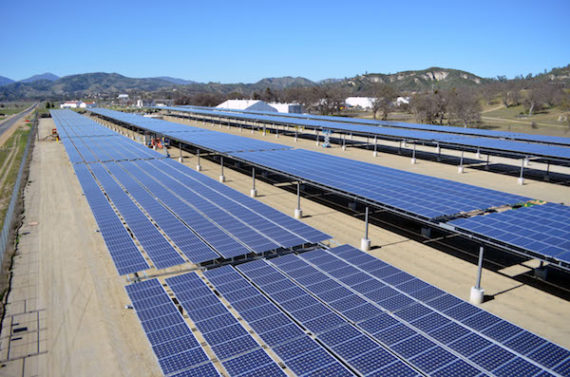