Nevada Caucus: Most Dems see climate as top priority (GOP, not so much)

A survey published last Thursday by the Pew Research Center found that a 64% majority of Americans say the president and Congress should make protecting the environment a top priority, and 52% say climate should get the same attention. That’s 14 points better than in a poll three years ago.

But for 18 issues ranked in order of preferred priorities, environment ranked 5th and climate ranked a pitiful 11th. It’s the big improvement over a Pew poll last year about this time that gives reason for optimism in these matters. In that survey the rankings were 8th for environment and 17th for climate. It was also the first poll in two decades in which economics and environment both ranked about equally as a priority.

As expected, the partisan gap on these priorities continues to be gigantic, with a wider difference of opinion than on any other issues. Among Democrats and Democratic-leaning independents, 85% set protecting the environment as priority no. 1, and dealing with the climate crisis at 78% is ranked 5th. Among Republicans and Republican-leaning independents, on the other hand, environment ranked 15th at 39% (a slight improvement over the 31% who said so in 2019), and climate ranked dead last at 21%, the same as in last year’s poll. For Republicans and independents leaning their way, the top priority is terrorism at 87%. At 60%, Democrats and their leaners rank it 8th.

“Intense partisan polarization over these two issues in particular” has been growing for decades, with the media being a key element in creating that division. “Voters take cues on their policy preferences and overall positions. President Trump has, in the past, called climate change a hoax and all that. You get a similar message from many members of Congress on the Republican side. And most importantly, it’s the message you get from the conservative media.”

All eight contenders still in the race for the Democratic presidential nomination have pledged to take strong action on climate, although climate hawks rate some of their plans as too incomplete to accomplish the major transformation of our energy, transportation, and agriculture systems needed to prevent, ameliorate, and adapt to various impacts of the changes scientists have predicted will occur without strong, immediate action. What’s encouraging about those plans is how much farther they go—even those that aren’t aligned with a comprehensive Green New Deal—than any proposals in the past. There has been a complete absence of a focus on environmental justice in many past proposals. That’s no longer the case, although time will tell whether words will lead to action or are mere lip service.

As long as the Senate remains in Republican hands, obviously, or the filibuster remains in place, even the mildest Democratic climate legislation has slim to zero chance of passage. More than half the Senate Republican caucus comprises outright climate science deniers. And as long as Trump remains in the White House, existing rules designed to protect the environment overall, cut greenhouse emissions, and expand clean energy sources will continue being attacked, even as his rollbacks are challenged in court.

Environment and climate obviously are far from the only issues needing immediate attention. That list is long. But in past presidential campaigns these have been orphans, barely mentioned in debates, and barely given more than glancing attention from the media. Candidate consultants in the past have said that the low priority assigned by voters to these issues are good reasons not to raise them in the campaigns. As if leaders should follow and not lead. That kind of advice gives science deniers and policy delayers footholds to keep not doing anything, or not enough, to tackle the climate crisis with the intensity and clarity needed to lift ourselves at least partly out of the hole that the hydrocarbon economy has dug.

The Pew survey indicates that Democrats up and down the ballot should not avoid discussing the climate crisis along with other issues at every campaign event. In the reddest of districts, it won’t be support for aggressive climate policy that will defeat Democratic candidates at the polls, and they shouldn’t pretend that avoiding the issue will boost their chances of winning.

Activists everywhere will Rise for Climate, Jobs & Justice in marches on Saturday. Join one. 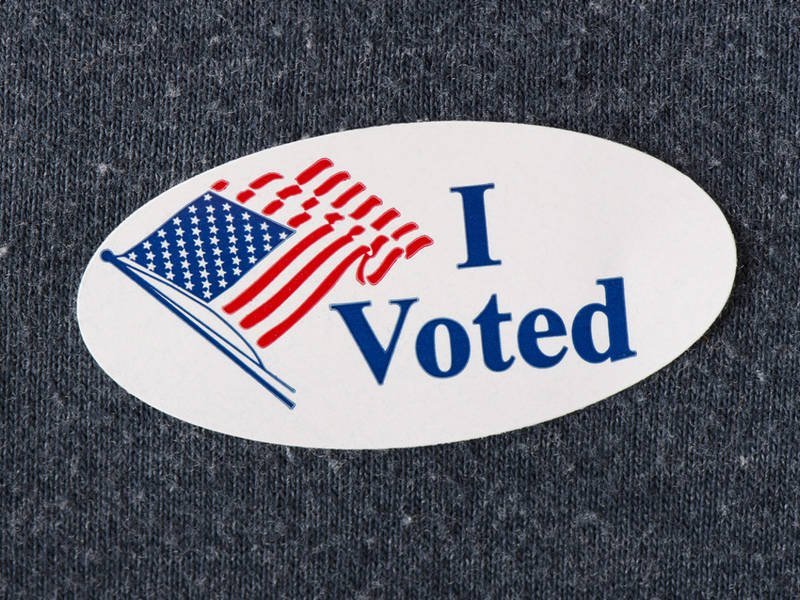