Josh Bivens at the liberal-leaning Economic Policy Institute writes that, even with a moderate fiscal stimulus, the coronavirus pandemic could cost 3 million jobs by summer. That’s based on Goldman Sachs’ prediction of a 1.25% economic contraction for the first half of 2020. Meanwhile, Bloomberg reported Tuesday afternoon that Treasury Secretary Steven Mnuchin has warned Republican senators the economic impacts could be worse than the Great Recession’s, and unemployment could rise to 20% without a strong stimulus. That would be just short of 33 million unemployed.

If you think the gap between 3 and 33 doesn’t seem all that helpful in assessing the possible course of the economy in this crisis, you’re right. But no matter how many times National Economic Council Director Larry Kudlow says “buy low,” nobody knows how things are going to shake out in what will soon be—if it isn’t already—a global recession.

Amid all the frequently wild speculation there are, of course, experts making educated guesses about the economic trajectory that seem reasonable. But this experiment we’re being forced to run will have outcomes we never prepared for. Turn the giant tsunami of the U.S. economy into a ripple for a few months and what things will look like afterward is simply impossible to know.

We do know three things for sure, however. This will be bad. Pick your own adjectives to accompany that. For many of the most economically vulnerable Americans, the harm caused will have residual effects that last years, just as with the Great Recession. And, finally, as with the pandemic itself, early and substantial action on the economy can prevent some of the worse potential outcomes.

And the United States is comparatively lucky. Just as the coronavirus will kill a larger percentage of people in nations like Indonesia, where the medical system in the best of times is inadequate, the impact of the pandemic will send major shock waves through a growing but still weak domestic economy. In sub-Saharan Africa, where only Nigeria and South Africa have economies approaching that of Indonesia’s and the medical systems are far from what is needed even in the best of times, the pandemic’s economic and medical impacts are sure to be worse. That will have effects beyond their borders.

Unlike the Great Recession, when only three Republicans in Congress—one of whom soon became a Democrat—voted for The American Recovery and Reinvestment Act, the $831 billion Obama stimulus bill, this time around Republicans are eager for a big stimulus, both fiscal and monetary, with talk of negative interest rates now growing.

The crisis has generated their support for a stimulus of just over $1 trillion with bailouts of corporations, including those that have spent gobs of their tax-cut provided profits on stock buybacks.

But, since Senate Majority Leader Mitch McConnell is in charge, Democrats have been squeezed out of the process, forcing Minority Leader Chuck Schumer and House Speaker Nancy Pelosi to work on their own version, with heavier emphasis on helping out the most economically vulnerable. Given that so many Americans are now part of the precariat, that’s crucial.

Whatever version emerges finally for Donald Trump’s signature, let me hazard a guess about one aspect of it—even though I try never to make predictions: A trillion ultimately won’t be nearly enough. Here’s Bivens:

Goldman forecasts a return to growth in the 3rd quarter, but this forecast is largely driven by their assumption that a fiscal stimulus of 1-2% of total gross domestic product (GDP) appears—between $200 and $400 billion. Without at least as much fiscal stimulus as this, output and job losses will be worse. […]

We should reiterate again that all of this stimulus should come with conditions-based triggers. We have no real idea how quickly the economy might recover from the coronavirus shock, even with an optimal policy response. We shouldn’t guess. Instead, we should make sure the economy gets the support it needs so long as spending remains weak.

Finally, once the current crisis has passed, we will need a thorough diagnosis of just why the U.S. economy and society was so fragile to this shock. The already-persuasive case that public investment and social insurance in the United States should be much stronger has been made even more convincing by how unprepared our economy and public health apparatus was for this shock.

The Economist points out a few silver linings if you want to call them that. The bubonic plague of 1347-1351, for instance, wiped out a third of Europe’s population, but it spurred innovation and higher incomes because of … ahem … labor shortages:

More often, though, a pandemic’s economic consequences are unambiguously negative. Trade links which spread a pathogen can themselves be undone by its effects. During the Roman Empire, a high degree of specialisation and trade lifted incomes to levels that would not be reached again for more than a millennium. Alas, the same links facilitated the spread of disease. The Roman economy was dealt a blow in the late second century ad, when an outbreak of what is thought to have been smallpox ravaged the empire. A century later, the Plague of Cyprian, which may have been a haemorrhagic fever, emptied many Roman cities and coincided with a sharp and permanent decline in economic activity, as measured by numbers of shipwrecks (a proxy for trade volumes) and levels of lead pollution (generated by mining activity). Reduced trade fed a cycle of falling incomes and weakened state capacity from which the western empire never recovered. […]

In the battle against COVID-19, countries’ fates are in their own hands to a far greater degree than in the pre-industrial past. Governments know much more about how epidemics can be managed. Different experiences with the disease are as much an indicator of underlying state capacity as a cause of future economic divergence. Still, history reveals how pandemics nudge societies listing in one direction or another in a decisive and consequential direction. We cannot know what long-run effects COVID-19 may have, but we can feel reasonably sure there will be some.

This shouldn’t be a time for partisanship. But since Donald “We have it under control” Trump first opened his yap about the coronavirus, partisanship has been at the forefront of the White House response.

And then there’s Sen. McConnell only talking to Republicans about what Congress should do. With that in mind, Democratic leaders should do all they can in their response to direct that “nudge” of societies in a “decisive and consequential direction” that lasts well beyond the current crisis and makes us far better prepared for the next one.

Oil & Epidemics: How the Coronavirus makes the case for renewable energy 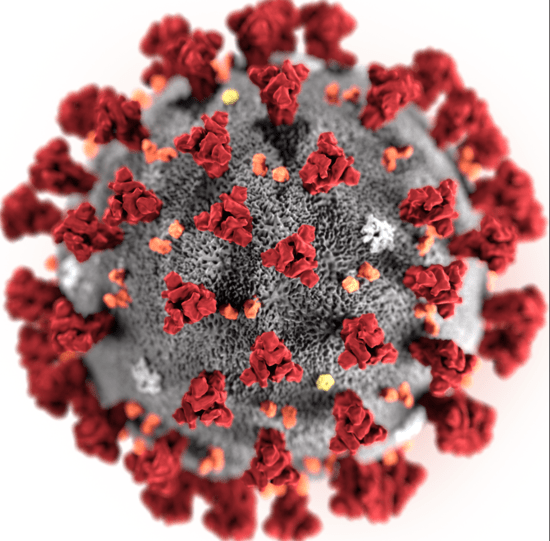