The world is struggling with the coronavirus pandemic right now, but even the darkest of clouds can have a silver lining. For many, it is seeing the world around them with fresh eyes. People are driving less and industry is producing less, so there is less pollution in the air. That means we can see things like buildings and  mountains that have been obscured for years, if not decades. Those clearer skies are convincing many people the time is ripe to move away from fossil fuels and toward renewable energy. Here are three perspectives on how that transition could unfold.

The headline of an editorial in The Los Angeles Times on April 7 puts things succinctly. “Renewable energy must be the future, if we are to have one at all.” Author Scott Martelle leads off with the recent good news from the International Renewable Energy Agency that renewables were responsible for 72% of all new electrical generation in 2019. He adds,

The current coronavirus pandemic has, at least temporarily, made a significant impact on greenhouse gas emissions. But that reflects a stalled economy rather than smart energy consumption choices. The pandemic is a naturally occurring threat to humans, as were SARS and MERS before it. Global warming, by contrast, is being driven by human behavior; it is a self-inflicted crisis.

We can best address the climate crisis by changing practices, by converting our global economy from fossil fuels to renewable sources, by using the force of our collective will to change our collective behavior and reduce the damage our actions inflict on the environment, which we rely on for our very survival.

The stats that show we are moving in the right direction, albeit it too slowly, are a positive sign during these trying days. But they are also a further spur to action. We can see where decisions, policies and actions lead to positive effects, but also where continued self-destructive actions — beginning with burning coal — imperil us all.

In an article for Reuters, author Clyde Russel writes, “Renewable energy wins over oil and gas in post-coronavirus world.”  He writes, “The coronavirus is also likely to change the market dynamics of the various types of energy, and mostly in favor of renewables such as wind, solar and hydropower.

The virus will unlock billions of stimulus dollars, he adds. And while oil and gas prices will recover from recent price shocks, it will take years for the market to readjust to the new realities. “Previous experience of price collapses shows it takes several years for a full recovery to eventuate, mainly as demand has to recover, or supply has to adjust lower in order to achieve a balanced market. For crude and LNG what this means is that much of the investment that had been planned before the coronavirus struck will be delayed or even scrapped. (emphasis added)”

He points out that up to $210 billion of planned oil and gas investments are now at risk from the coronavirus, according to a research note prepared by Wood Mackenzie dated April 2. “$110 billion of investment will almost certainly be deferred, with another $100 billion at risk,” said Rob Morris of  Wood Mackenzie’s upstream research team. “New committed investment could be as low as $22 billion if only the most advantaged projects progress.”

This massive pullback in oil and gas spending will ultimately help drive a recovery in crude and LNG prices as supply tightens over the longer term, Russell says, but it also opens up a rare opportunity for renewables to grab more market share. “The biggest costs for utility scale wind, solar and battery storage projects are the upfront capital, given that once these projects are operating costs tend to be minimal.”

Russell also says the oil and gas industries have lost the public relations battle in developed countries where many have come to see them as part of the carbon emissions problem and to see renewables as the solution. “In developing nations such as India, Vietnam and others in Asia and Africa, renewables will likely be significantly cheaper and faster to build and connect to electricity grids than conventional fossil fuel power plants.”

“There is a counter-argument that cheap LNG will propel demand for new gas-fired power generation,” he says,” but this will only be the case if the project developers and financiers believe that the current low LNG price will prevail for the 40 years life of a typical power plant. (emphasis added).” It is extremely unlikely that any will be so foolish, which is good news for renewable energy.

Writer Ivan Penn of The New York Times also thinks renewables will get a boost from the current pandemic. He cites analysts from Raymond James who say as demand for electricity shrinks during pandemic induced lockdowns, utilities will try to offset income losses by relying on solar and wind, which produce electricity at very low prices once the facilities are built and placed in service.

“Renewables are on a growth trajectory today that I think isn’t going to be set back long term,” sys Dan Reicher, director of the Steyer-Taylor Center for Energy Policy and Finance at Stanford University and an assistant energy secretary in the Clinton administration. “This [the coronavirus] will be a bump in the road.”

It’s true that renewable energy companies are suffering the same layoffs as other companies, but many think the long term trend for renewables is still strong. “We blew through all of the projections,” Caton Fenz, chief executive of ConnectGen, a wind, solar and electricity-storage developer based in Houston, tells The Times. “We’re surfing a long-term wave. We just can’t get specific things done because of the pandemic, but I don’t think that affects the broader trajectory.”

Gabriel Alonso, head of 547 Energy, says renewables have a big advantage over thermal and nuclear generators because they can be built fairly quickly, which means their revenue stream can begin sooner.

There will be enough financial pain to go around before the grip the pandemic has on the economy begins to ease. But Abigail Hopper, president of the Solar Energy Industries Association, is convinced the long term prospects for renewables are still bright. “We believe, over the long run, we are well positioned to outcompete incumbent generators,”she says.

Years from now, when historians look back and try to pinpoint exactly when renewables surged and fossil fuels contracted, the coronavirus pandemic of 2020 may be the time they focus on. As Scott Martelle of the LA Times says, it’s now or never, people. We all have to put our shoulder to the wheel and do everything we can to move the renewable energy revolution forward. The Earth may not get another chance to avoid overheating to the point where most living things will be threatened with extinction. An opportunity for renewables may be knocking, but someone has to open the damn door.
Follow CleanTechnica on Google News. 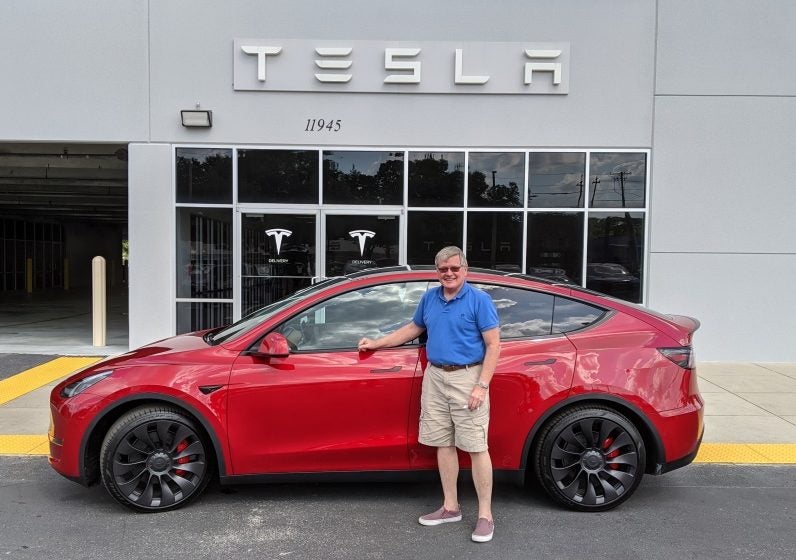 7 Reasons why Tesla will benefit from the Coronavirus crisis — #3: Supply & Demand