The car you see here doesn’t exist, but the universe it seems destined to inhabit is the one from the Mad Max movies — a wild, untamed sort of place that envisioned the extremes of the desperate measures individuals could take to ensure their mobility in the wake of the energy crisis of the 1970s. In other words, it’s the Mad Max universe — a world where a lighting-fast, all-electric supercar like the post-apocalyptic Tesla Roadster 2.0 concept shown here could thrive without the need for gas.

The artwork is incredible, the details prescient, and the opportunity to use the words “Mad Musk” in the headline was simply too good to pass up. As such, let’s take a look at this extraordinary concept art from BradBuilds and see what’s really going on in there, shall we?

First, let’s talk a bit about BradBuilds. According to its website, BradBuilds is a place where you can buy “Automotive Posters, Stickers, and More!”, but it really serves as an online resume for the graphic artistry of, well, Brad. Once there, you’ll find tons of great, 3D-rendered artwork of wild, re-bodied cars — from an IMSA-style Dodge Demon to a lifted, monster-truck style Tesla Cybertruck.

Looking at the concept art for the post-apocalyptic Tesla Roadster — and probably over-thinking it a bit, admittedly — you can see the solar panels mounted to the roof and frunk of the low-slung supercar. They may not be enough to keep the car charged up 100% of the time, but the ability to very quickly get a few miles up the road whenever Toecutter and his gang are spotted on the horizon would definitely have some value.

Speaking of roads, it might seem like this particular concept wouldn’t need them, thanks to the giant, hardcore tires. They don’t quite look like 40″ off-road tires, but they seem more than up to the task of blasting across the more or less flat and rocky desert floors the car is pictured on, don’t you think? The roof rack over the rear hatch has a spare tire and wheel, as well as a number of green jerry cans that, I’m guessing, are probably meant for carrying potable water.

It just looks fantastic, and it’s just the kind of escapist thought experiment I needed to help me see more of the upcoming Tesla Roadster 2.0 and imagine that I might one day be able to leave the house again, you know? What do you guys think — is this just a fun “What if?” design exercise, or is an off-road, rally-ready Tesla Roadster 2.0 something that you’d actually consider putting some money down on? Check out the pictures below and then let us know what you think in the comments. 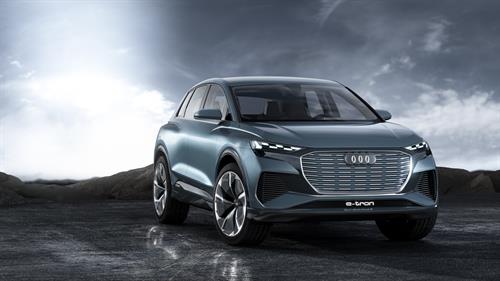