Price on Carbon: Adding winemakers to the climate conversation

They’re also uniquely impacted by climate change, since growing the right quality and quantity of grapes depends on a balance of sun, rain, and temperature. “Extreme weather and increased unpredictability have put the wine industry on the front line of climate change,” Randy explains.

With all that in mind, he says, “It’s not surprising that Rep. Tom Reed would like to hear from wineries about the Energy Innovation Act.”

BCL has already had notable success generating nearly 200 carbon pricing endorsements from breweries. With that in mind, they began to reach out to wineries and encourage local CCLers in key areas to do the same. Wineries across the country have been responsive, from Arkansas to Michigan to North Carolina, but New York wineries have really been a standout.

One volunteer active in the effort is Nancy Jacobson, a member of CCL’s Southern Finger Lakes chapter and leader of CCL’s Agriculture Action Team. “It was really helpful to us to feel like we were part of a nationwide campaign,” Nancy says. Sure enough, that nationwide campaign took off in this New York region.

Betting the farm on climate solutions

The first winery from the Finger Lakes region to endorse the Energy Innovation Act was Bet the Farm Winery. Outreach began during a local “Open Farm Day,” where 20 farms in the county are open to the public. “One of the owners of Bet the Farm Winery was showing people their vineyard. I got to hear all about what they are growing and why,” Nancy says.

“After the others had left, I asked him about climate change. He clearly saw it as a problem, so I told him about H.R. 763. He thought it sounded great, so I had him fill out the Wine Industry’s Climate Declaration form and sign it right then and there,” Nancy explains. “And then, I asked which wine he would suggest I buy!”

The New York volunteers found that they have the highest completion rate for endorsements when they actually take the sign-up sheet and have the winery owner fill it out and sign it there. Then, with permission, they enter the endorsement information on the Energy Innovation Act website.

“Obviously, we can no longer physically take the sheet to winery owners during these times,” Nancy points out, but with scans and emails, they’re still able to secure more endorsements.

Their second endorsement came from Sheldrake Point Winery, and this was a turning point in the effort. CCL volunteer Laurie Konwinski had been trying to get a meeting with the owner, Chuck Tauck, for a long time. “This time was different, almost certainly because now there’s an actual bill in Congress,” Nancy explains.

When Laurie and Nancy met with Chuck and told him about the Energy Innovation Act, he was “all for it” and asked how else he could help. Nancy had brought along a map, with many of the area’s wineries labelled. Chuck circled 20 of them, saying that he thought they would be interested in learning about the bill. Nancy adds, “And he said that we could use his name when approaching them. This was extremely important. Meaghan Frank of Dr. Konstantin Frank Winery—one of the larger wineries in the Finger Lakes—said that she would not have opened the email if Chuck Tauck’s name hadn’t been in the subject line.”

By the time Nancy arrived at Dr. Konstantin Frank Winery, Meaghan had already perused the Energy Innovation Act website, and she simply said “I’m in.” She said the video of the conservative CCL member on the website clinched it, since she has many conservative neighbors.

As they continued to work on securing endorsements, several wineries asked another CCL volunteer, Christian Thompson, the question: “If the Energy Innovation Act becomes law, how much will it cost my winery? $100 a month or $10,000?” Most were content with an assurance that it wasn’t going to be very much and that the cost would be applied gradually. But Scott Osborn of Fox Run Vineyards wouldn’t endorse the bill without hard numbers, so Christian and Nancy worked on getting them.

Randy Salim provided two resources that got them off to a great start: one study breaking down the carbon footprint of a bottle of wine, and another done by New Belgium Brewery for a six-pack of beer. Using those studies, plus a few more found online, Christian and Nancy created a spreadsheet breaking down potential cost increases due to the CO2 fees in the Energy Innovation Act. The results were reassuring—a few pennies per bottle in the first year, increasing to about $0.11 per bottle in the tenth year—and Scott endorsed the bill after reviewing them.

Spreading through their networks

Winemaker Meaghan Frank gave the volunteers more names of winery owners they could reach out to, using her name. She also agreed to talk with Rep. Tom Reed about her support of the bill at a virtual meeting, which is in the process of being scheduled. Chuck Tauck has agreed to be part of the meeting as well.

Other winery owners were happy to activate their networks in support of this climate bill. Ann Martini, co-owner of Anthony Road Wine Company, even helped bring the endorsement opportunity before the president and board of the New York Wine Industry Association (NYWIA). The board has not endorsed the legislation, wanting to see more Republican cosponsors first, but many individual owners endorsed for their wineries.

In addition to Nancy and the other volunteers and winemakers mentioned so far, many others have contributed to the success of this project by reaching out through their networks. Special thanks to Rick Thompson, Miranda Phillips, Yvonne Taylor, John Finn, and Cindy Gorham-Crevelling.

“Clearly, this is a team effort,” Nancy says. And with a team like that, it doesn’t require each of them putting in large amounts of time to see results. “Taking advantage of a few personal contacts and then leveraging the resulting endorsements is very important. This paid off for Rick especially, as he’s been able to bring in five endorsements even in this crazy time.”

You can get involved

If you’d like to help, you can do so no matter which state you live in. “There is a large caucus in the House and Senate supporting the wine industry,” Randy points out. “The Congressional Wine Caucus has 145 members from all 50 states.”

“We now have 32 endorsements, including wineries in Arkansas, Michigan, New York (with 15 endorsements), North Carolina, and the West Coast,” Randy says. Every endorsement signed is one more signal to Congress that American business cares deeply about climate change, and they want to see action. If you want to see wineries from your state on that list, you can find resources and get started here.

Flannery Winchester has put her words to work for magazines, for marketing agencies, and now for our earth as CCL’s Communications Director. She is grateful to spend every day working to preserve this beautiful planet. 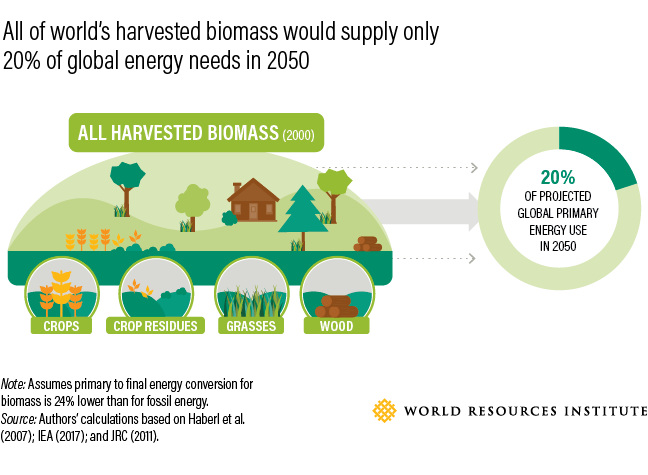 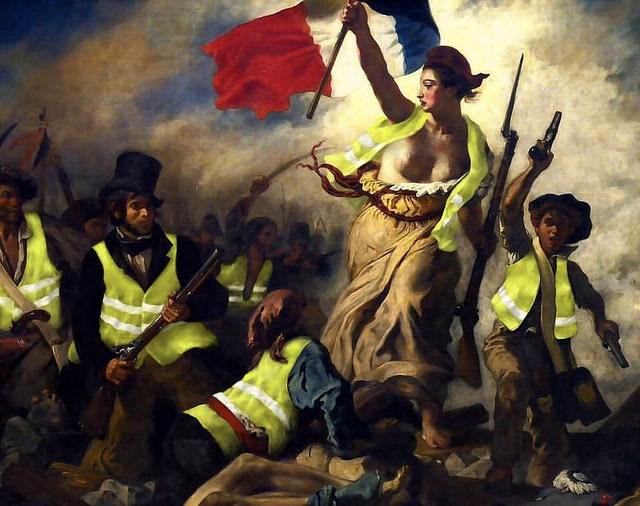 CCL: Yellow Vest protesters have it right on carbon taxes – give the money back to the people! 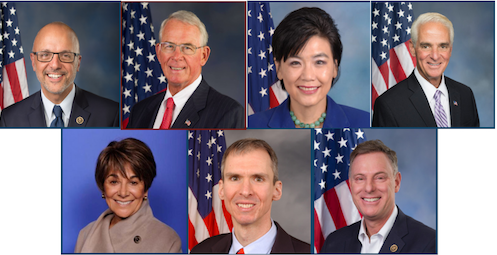