It was only a few decades ago that Walmart entered the pantheon of American icons, joining motherhood, apple pie, and baseball on the highest tier of the altar. The people were entranced by this behemoth cornucopia of unbelievably cheap stuff packaged in gargantuan quantities. It was something like their participation trophy for the sheer luck of being born in this exceptional land, or having valiantly clawed their way in from wretched places near and far ­— where, increasingly, the mighty stream of magically cheap stuff was manufactured.

The evolving psychology of Walmart-ism had a strangely self-destructive aura about it. Like cargo cultists waiting on a jungle mountaintop, small town Americans prayed and importuned the gods of commerce to bring them a Walmart. Historians of the future, pan-frying ‘possum cutlets over their campfires, will marvel at the potency of their ancestors’ prayers.

Every little burg in the USA eventually saw a Walmart UFO land in the cornfield or cow-pasture on the edge of town. Like the space invaders of sci-fi filmdom, Walmart quickly killed off everything else of economic worth around it, and eventually the towns themselves.

And that was where things stood as the long emergency commenced in the winter of early 2020, along with the Covid-19 corona virus riding shotgun on the hearse-wagon it rolled in on.

We’re in a liminal, transitional moment of history, like beach-goers gawking at the glassy-green curve of a great wave in the throes of breaking. Such mesmerizing beauty! Alas, most people can’t surf. It looks easy on TV, but you’d be surprised at the conditioning it takes, and Americans are way, way out of condition. (All those tattoos don’t give you an ounce of extra mojo.) And so, in this liminal moment, the people still trudge dutifully to the Walmarts with their dwindling reserves of cash money to get stuff, going through all the devotions that we took for granted before the wave welled up and threatened to break over us.

Which is happening. Despite all the fake-heroic blather from the Federal Reserve, from Nancy Pelosi, from Mr. Trump and Mr. Mnuchin ­— from everybody in charge, to be really fair ­— and in the immortal words of another recent president — this sucker is going down. Specifically, what’s going down is the aggregate of transactions we call “the economy.” Meanwhile, the people in charge struggle to prop up the mere financial indexes that supposedly represent economic activity, but more and more just look like a shadow play on the wall of some special slum where the street-corner economists peddle their crack. Eventually, the people don’t even have money for the crack, and to make matters worse, whatever money actually remains on the street is worthless.

The wave is breaking now, and a lot of things will be smashed under it — are getting smashed as you read. As in any extinction event, it will be the smaller organisms that survive and eventually thrive and that’s how it will go in the next edition of America, whether we remain states united or find ourselves organized differently. Accordingly, the giants must fall. When the communities of America rebuild, it will be the thousands of small activities that matter, because they will entail the rebuilding of social capital as well as exchanges that amount to business. Social capital is exactly what Walmart and things like it killed in every community from sea to shining sea. People stopped doing business with their neighbors. It took a cataclysm for them to finally notice.

If you think Walmart will survive the same cataclysm that’s killing chain-store retail generally, you’re going to be disappointed. Everything about it is over and done, including the Happy Motoring adjunct that allowed the cargo-cultists to haul their booty those many miles home. (And, ironically, it wasn’t the oil issue that determined this, but the end of the financing system that allowed Americans to buy their cars on installment loans, when it ran out of credit-worthy borrowers.) Amazon will be the last giant standing perhaps, but it will go down, too, eventually, on its ridiculous business model, which depends utterly on a doomed trucking system. It will be like the last dinosaur roaring at the dimming sun — while the little proto-mammals skitter to their hidey-holes beneath it.

One thing remains constant: human beings are very adept and resourceful at supplying each other’s needs, which is what business amounts to. Young people, freed from the fate of becoming serfs to corporate giants, can start right now at least imagining what they can do to be useful to others in exchange for a livelihood. The earnest and energetic will find a way to do that at a scale that makes sense when a new order emerges from the wreckage. After a while, it won’t matter much what any government thinks about it, either. Like all the other giants, it will fall, too. 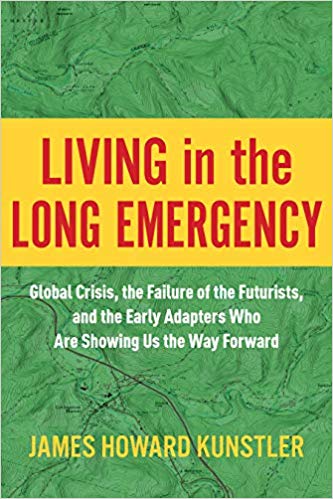 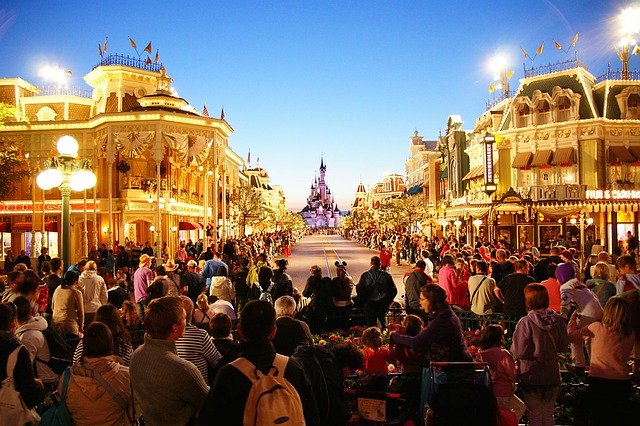