First big oil came for the poor black community. $3.5 billion in damages later, they’re coming for YOU, too.

Yesterday we came across a tweet from the oil industry’s PR team, Energy in Depth, linking to a page from February accusing activists of “fear mongering” about the safety of a proposed Kinder Morgan pipeline. EiD has two key rebuttals to the Texas Real Estate Advocacy and Defense Coalition’s warning that “Kinder Morgan is building a blast zone through your community but it’s ‘safe,’ they promise.” EiD’s rebuttal wants you to believe two things, that pipelines are already totally safe, and that “pipelines are heavily regulated by overlapping layers of federal and state regulatory agencies.”

So on the first count, how safe are natural gas pipelines and the accompanying infrastructure?

According to the Climate Nexus tracker of federal data over the last decade, a combined 1,435 “significant events” have killed 109 people and injured 605 additional Americans.

But as recent events have shown, some consider money more important than lives, so we’ll also point out that natural gas transmission and distribution accidents have caused an incredible three and a half billion dollars in property damages since 2010.

Plus, Texas is a leader, in that it has more reported incidents than any other state: 138.

And what about those regulatory agencies?

Can Texas residents trust that the five overlapping authorities EiD namechecks will keep them safe? Well clearly not, as the data above demonstrates.

Even with Texas’s additional local regulators, the state experienced a rough average of an incident every month, plus 2 bonus leaks a year, every year for the past 10 years. That’s a lot of accidents, and if anything, is a lowball figure. The database is only gas and not oil, only counts incidents as accurately as companies bother to report them to federal regulators, and is only for the US, so it doesn’t include international accidents, meaning it doesn’t include things like the (diesel tank, not gas pipeline) spill in the Arctic happening right now.

Combine that with the fact that at the behest of the fossil fuel industry, the Trump administration is attempting to roll back as many regulations on the industry as it can, for example yesterday’s Executive Order, and it becomes difficult to believe that the fossil fuel industry really thinks those regulations are what is keeping the public safe.

But hey, at least you’re always free to protest!

Actually, that might be a problem too. Using the cover of coronavirus, multiple states have moved to make protesting pipelines a criminal act.

So if Kinder Morgan uses the power of eminent domain to kick Kentuckians, South Dakotans, West Virigians, and potentially Alabamans off their land to build a new pipeline, like they’re doing in Texas, residents are left with little recourse.

But police oppression won’t be much of a change for overpoliced black and brown communities, and wouldn’t be totally new to the climate fight either, given how the Native American-led Dakota Access pipeline protesters were brutalized by police. As the Lakota Law Project tweeted in reference to the Trump administration’s treatment of protesters, “they called us terrorists at Standing Rock, too.”

They called us terrorists at Standing Rock, too.

So if you needed persuading, but Brian Kahn’s piece in Earther about the need to defund the police for climate justice didn’t sway you to the merits of the Movement for Black Lives’ Invest-Divest platform, and neither did Kate Aronoff’s argument for why defunding police is good climate policy, complete with a current example from Los Angeles where $250 million is being moved from policing to health and education in black communities, then maybe the fact that so many journalists have been brutalized by the police that for the first time the United States has been added to a list of the most dangerous countries for journalists will give you a reason to consider that public money might be better spent on public health than on equipping police with tools of war to wield against the people they’re sworn to protect.

And if not, know this: if you care about climate enough to protest, one day it might well be your “terrorist” neck pinned beneath a suped-up police officer’s knee. 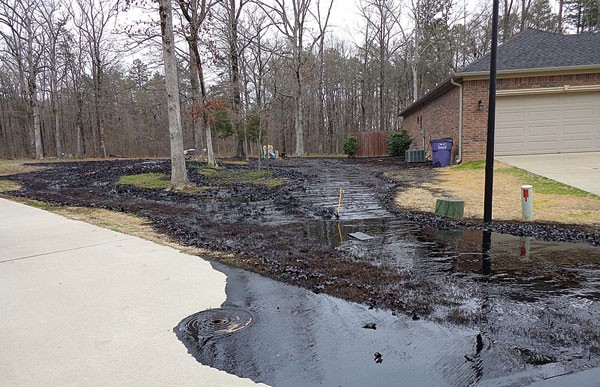