Over the years, we’ve spent a lot of time calling out the Daily Caller for its misogyny, white supremacy, climate denial, fake–fact-checks, Trump EPA bootlicking, its repeatedly pitiful, mean, and hilariously backfiring gotcha attempts (remember when they tried to catch AOC driving, only to find her walking?), its apparent obliviousness to its own Koch funding, and once more for good measure, its climate denial.

But you might’ve noticed that we haven’t talked about them too much lately. When Koch-bro Michael Bastasch parted ways with the Caller a year ago this month, we noted the schism between Tucker Carlson and the Kochs and wondered what that meant for the Caller’s regular climate denial content. (Bastasch is now a writer at Fox News according to his Twitter bio, but doesn’t appear to have any bylines as a journalist, or any current presence on Fox aside from his years-old syndicated Daily Caller stories for that matter, so what he writes at FoxNews is not apparent…)

Since his departure, there’s been a marked decline in climate content, with a couple reporters occasionally publishing Bastasch-esque stories based on some Koch crap, but otherwise not much for us to mock. Plenty of far-right cringe, but little noteworthy climate or energy content.

And now, it seems the Daily Caller may be making even more concerted efforts to act like a legitimate news outlet, instead of a conservative propaganda shop. Or at least that’s what it wants people to think.

The Wall Street Journal’s Keach Hagey reported Wednesday that Tucker Carlson has split from the Daily Caller in order to spend more time on his nightly white power hour on Fox News.

Carlson, as quoted in the Journal, claims, “the only reason the Daily Caller still exists is because the guy running it is one of the very rare conservative intellectuals who understands business. There’s no magic secret, as far as I know, other than he keeps costs in line with revenue.”

Except there is a secret, one that apparently the WSJ didn’t feel necessary to mention: The Daily Caller also has a non-profit Foundation arm, which supplements the “news” business side of things. Apparently, part of Carlson and Patel’s “original vision… was to run the Daily Caller like a real business.”

In reality, however, they ran it like a shady tax shelter that allowed donors like the Kochs to get tax write-offs by giving to the Daily Caller Foundation, which would then produce content that appeared on the Daily Caller website, where it would collect the ad revenue that apparently keeps the business-side afloat.

So Tucker’s “magic secret” is millions of dollars of Koch money, at one point representing 84% of its revenue, underwriting the bulk of the “journalism” the website publishes. Free money from billionaire donors is not really magic, and since it was revealed three years ago, not really a secret.

But why would we expect Carlson to have even a rudimentary understanding of the organization he founded? Or honesty, for that matter?

Anyway, Patel is apparently committed to ending the Daily Caller’s repeated accidental hiring of white supremacists, claiming that only now, in “the new world” do outlets like theirs need to be “doing full checks on anyone who would get copy published on the site” because “the company is not about” the views of “alt-right people.”

Now, given that Patel is Indian, and the controlling stake in the Daily Caller makes it “the largest digital-media company owned by a person of color,” according to Hagey, one can hope that the Venn Diagram of views of alt-right racists and the views published by the Daily Caller will no longer be such a perfect circle.

And as for their decidedly conservative bent, Patel claims that his “focus going forward is breaking news that’s solid, that’s accurate,” which would be quite a change!

“That doesn’t mean we won’t have any perspective,” he said, “but it does mean that it will not be partisan in any way.”

Apparently, Patel not only has business acumen, but also a great sense of humor!

Black scientists call out racism in their institutions – ‘It feels like in academia, you’re just not welcome. So that’s why I’ve taken to Twitter.’ 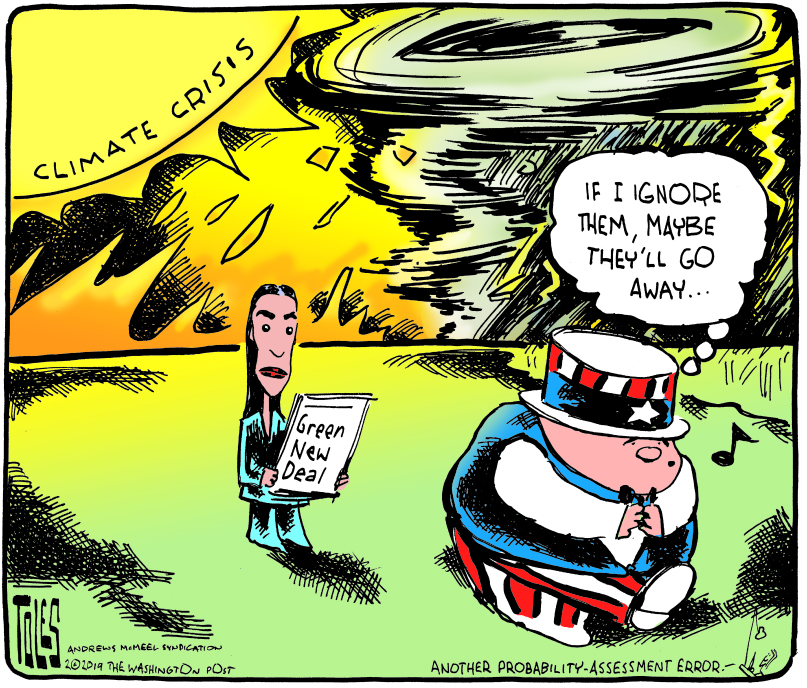