“This is not an emergency response.” That is how Laura Berry, director of research and policy at the Climate Mobilization (TCM), responded to reporting on a congressional “action plan” for the planetary emergency from the House Select Committee on the Climate Crisis, which the panel and House Speaker Nancy Pelosi (D-Calif.) unveiled Tuesday.

The climate roadmap features hundreds of policy proposals under 12 key pillars. Specifically, the 538-page plan calls for selling only zero-emissions vehicles by 2035, net-zero greenhouse gas emissions from the power sector by 2040, and net-zero U.S. emissions economy-wide by no later than 2050.

As part of the efforts to meet those goals, the committee calls on Congress to “ensure new jobs in the clean energy economy are high-quality, good-paying jobs by strengthening workers’ rights to organize a union and ensuring federal spending only supports projects that meet high-road labor standards.”

The plan, as the Washington Post reported, “also backs placing a price on carbon emissions, imposing tougher methane limits, and boosting energy efficiency in buildings. Solar and wind tax credits would be extended through 2025, and the tax credit for electric vehicles would be expanded.”

Despite longstanding cost and safety concerns related to nuclear power, Rep. Kathy Castor (D-Fla.), the committee’s chair, told the Post that “where we landed is: if we’re going to get to our net-zero goal as soon as possible, then nuclear needs to remain part of the equation.”

The roadmap acknowledges the disproportionate impact of the climate crisis on people of color and “environmental justice communities.” Castor told the New York Times that “there is an awakening across the country to systemic racism, and this is a report that at its center, at its core, focuses on those communities.”

Reactions to the plan ranged from enthusiasm and cautious optimism to sharp criticism that the roadmap was too little, too late. As writer Neal Romanek put it in a Monday night tweet: “Net zero by 2050 means ‘we’ll let our kids figure it out’. It’s genocidal negligence.”

Berry of TCM also blasted the plan’s emissions goals, citing the Intergovernmental Panel on Climate Change Special Report on 1.5ºC, which warned in October 2018 of the need for “rapid, far-reaching, and unprecedented” changes to life as we know it.

“The Select Committee on the Climate Crisis had the opportunity to put forth a comprehensive plan to protect Americans from climate devastation, but the solutions proposed to fail to meet the challenge of the existential planetary crisis we face. Collectively, the proposals in the plan would only cut greenhouse gas emissions by 37% by 2030, and 88% by 2050, and are wholly inadequate to prevent the risk of catastrophic climate disruption.”

Food & Water Action (FWA) policy director Mitch Jones agreed in a statement Tuesday, warning that “the paltry ‘net-zero’ goals put forth by the committee would allow for continued use of dirty fossil fuels, and would rely on achieving emissions reductions from unproven, industry-backed ‘carbon capture’ technologies and market-based accounting tricks.”

“This climate proposal inexplicably and inexcusably fails to call for a halt to the extraction of fossil fuels. It is simply not an adequate attempt to deal with the crisis we actually face,” Jones said. “We must take the necessary first steps: a ban on fracking, a ban on exports and imports of fossil fuels, and an immediate halt to new fossil fuel infrastructure buildout. Anything that does not seek to immediately curtail and then eliminate the production of fossil fuels is weak sauce.”

Jones detailed some specific concerns with elements of the roadmap as well as activists’ demands:

It is alarming to see carbon taxes included as part of the Democrats’ proposed solution. This is no time or place for regressive policies that have already proven to be colossal failures. Fossil fuel corporations embrace these phony pricing schemes because they know that these policies only entrench their existence.

The plan also endorses the use of biogas and factory farm manure digesters, which prop up unsustainable and dangerous agricultural practices that are contributing to the climate crisis. A bold, sensible climate plan would seek to end our use of fossil fuels and place a moratorium on polluting factory farms; this plan would do the opposite.

A bold climate plan must call for a ban on fracking and all new fossil fuel infrastructure, and a swift and just transition to 100% clean, renewable energy across all sectors of the economy. We have no time left to prop up false solutions that cannot meet the demands of the current crisis. The Democrats must do better—much better.

Friends of the Earth also said the plan does not go far enough, tweeting: “We cannot continue our dependence on fossil fuels.”

Today the House @ClimateCrisis Committee released a climate action plan that does not go far enough.

We are in the midst of a climate emergency. We cannot continue our dependence on fossil fuels, @USRepKCastor.https://t.co/U0YwinCNKF https://t.co/BHGi5Oin4g

Others were more welcoming of the plan while still recognizing its shortcomings—including Lauren Maunus, legislative manager of the youth-led Sunrise Movement.

“In the past two years since launching the Green New Deal, young people have brought the clarity and urgency of the crisis to Congress, and we are happy to see the select committee’s action plan reflect much of the vision for a Green New Deal,” Maunus said in a statement Tuesday.

“That’s a real sign that young people are changing politics in this country and the establishment is scrambling to catch up,” she continued. “This plan is more ambitious than anything we have seen from Democratic leadership so far, but it still needs to go further to match the full scale of the crisis.”

“We will keep pushing our elected officials, and electing new champions like Jamaal Bowman into office, to fight for the most aggressive and ambitious solutions to protect the people and places we love,” she added. “There’s nothing to lose by going bigger. Taking action at the scale of the crisis will help lift our economy out of recession and put millions of people back to work building a more just and resilient society.”

This is a big improvement from #HR9's call to just rejoin the Paris agreement thanks to @sunrisemvmt, @AOC, @EdMarkey, @JayInslee, and Green New Dealers making their voices heard about the scale of what's needed to tackle the climate crisis.

“The House Democrats’ climate plan is more ambitious than what we’ve seen from Democratic leadership to date—and that is in no small part a testament to the ever-expanding climate movement who have demanded a Green New Deal,” 350.org’s associate director of U.S. policy Natalie Mebane said in a statement.

“We urge House Democrats to go even further and put forward a plan at the scale of the climate crisis,” Mebane added. “Going bigger and bolder will show that there are real climate leaders in Congress willing to do what it takes to turn around our economy and society, and reinvest in communities already suffering from the compound effects of climate disasters, Covid-19, a longstanding crisis of racial injustice, and health and economic inequities.”

Greenpeace USA climate campaigner Charlie Jiang similarly said in a statement that while “this comprehensive agenda from the House [Select] Committee on the Climate Crisis is a welcome development,” the panel’s proposals “will not be enough to stop fossil fuel CEOs from extracting oil and gas at the expense of frontline communities. We must demand action commensurate with the scale of the challenge.”

TCM deputy director Ezra Silk said Tuesday that “the select committee’s plan for a leisurely, three-decade transition to a cleaner economy underscores the establishment’s continuing refusal to address this existential crisis with the scale, speed, and intensity required to ensure a future for our next generation.”

Silk expressed hope that former Vice President Joe Biden, the Democratic Party’s presumed presidential nominee, “recognizes the urgency facing our world and commits to declaring a climate emergency within the first 100 days of his administration, includes a 2030 deadline for zero emissions, and releases a federal mobilization plan necessary to protect our nation.”

House Democrats’ climate action roadmap comes amid intraparty conflict over a set of policy recommendations released in early June by the Democratic National Committee (DNC) Council on the Environment and Climate Crisis, which is chaired by Michelle Deatrick, a former surrogate for the now-suspended presidential campaign of Sen. Bernie Sanders (I-Vt.).

As Common Dreams reported last week, while green groups continued to throw their support behind that committee’s proposals, DNC Chair Tom Perez announced a drafting committee for the party’s 2020 platform that, in the words of journalist Emily Atkin, “snubs progressive climate activists again.”

Given the environmental and climate record of the Republican-majority Senate and President Donald Trump, the House plan is widely regarded as a signal of the policies that Democratic leaders will pursue if they can regain control of the upper chamber and the White House in November.

“Our politicians have a lot of catching up to do when it comes to championing climate justice,” said Jiang of Greenpeace. “But for Democrats, the policies proposed in this report—along with the DNC Climate Crisis Council platform recommendations released last week—mark a bold and much-needed new stance.

“Republicans, meanwhile, still have no plan. Worse, they continue to traffic in denial and misinformation. Their delay and inaction have deadly consequences.”

This piece has been updated with comment from 350.org, Friends of the Earth, Greenpeace USA, and the Sunrise Movement.

(Originally appeared at Common Dreams. Our work is licensed under a Creative Commons Attribution-Share Alike 3.0 License. Feel free to republish and share widely)

Finance Climate Challenge: Challenging the financial sector to get out of dead-end fossil fuels 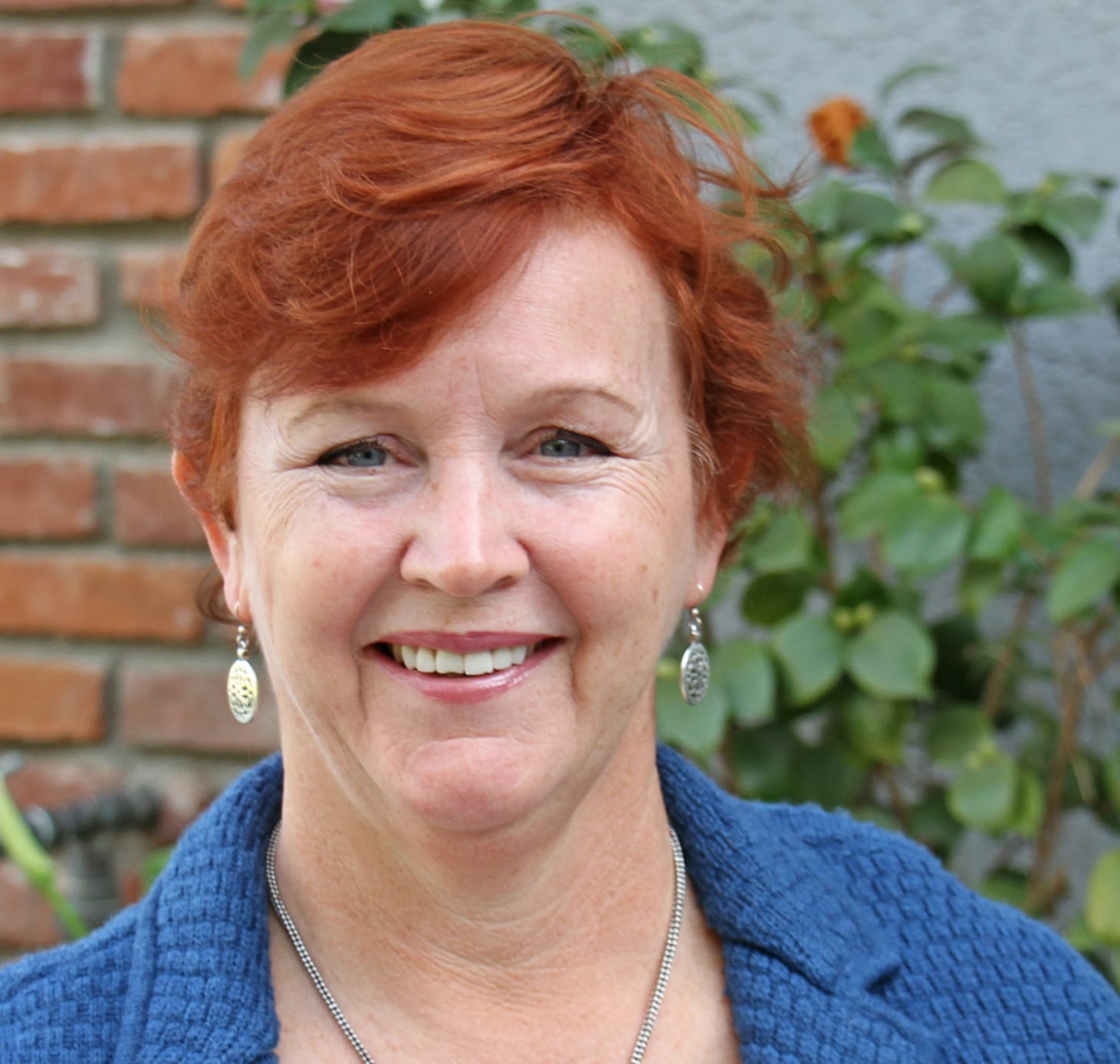 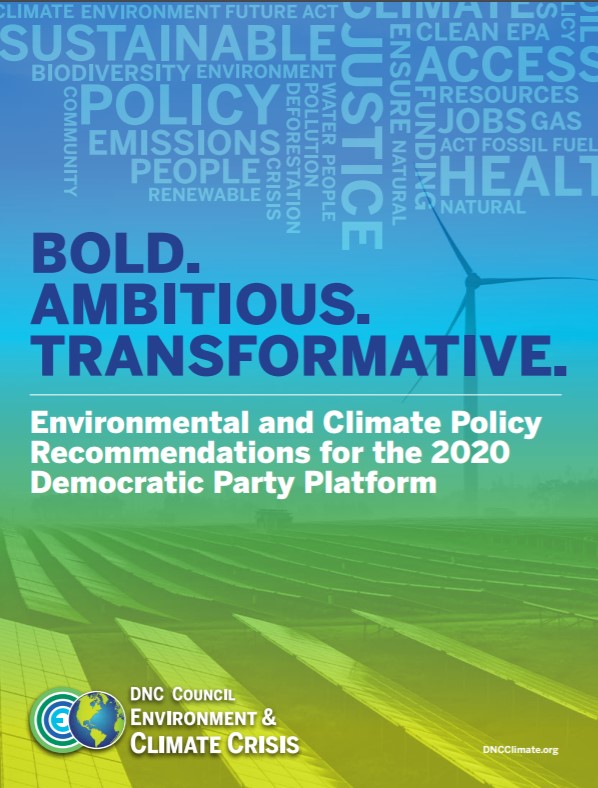