Labor Day: As we move away from oil and coal, ensuring a fair transition for US fossil fuel workers

Long before the coronavirus (COVID-19) hit and oil prices collapsed, the U.S. fossil fuel industry and its workers were vulnerable. Threats included increasing cost-competitiveness of renewable energy compared to fossil fuels, investor concerns about financial risks and stranded assets, and a changing policy landscape (at state and local levels at least) seeking to meet decarbonization goals.

The U.S. coal industry in particular entered 2020 as a shadow of what it used to be, with employment its lowest in decades and companies struggling to avoid bankruptcy. The industry has been driven to the brink in the last decade by record low gas prices and steady addition of wind and solar.

Now, with the economy spiraling into recession and millions of people getting laid off, accelerating the transition to a low-carbon, resilient economy while ensuring the transition is fair for fossil fuel workers is more urgent than ever.

The coronavirus outbreak has dampened oil demand as cars, trucks, trains and airplanes sit idle. Despite a recent OPEC agreement to cut production, oil prices have crashed to levels where U.S. shale oil companies cannot make profit and are laying off thousands of workers. Last month U.S. oil prices went into negative territory for the first time. More oil and gas jobs are likely to be lost if prices stay this low for a prolonged period. Similarly, declining electricity demand is further weakening U.S. coal demand, leading Moody’s to forecast significant closures and bankruptcies within the coal industry.

In response to COVID-19, the fossil fuel industry is seeking financial relief as well as deregulation of climate and energy policy. The coal industry, for instance, is requesting relief from taxes that support abandoned mine cleanup and workers suffering from black lung disease. While the fossil fuel industry was left out of the $2.2 trillion phase three stimulus bill, the industry will likely continue making these requests in the next phase of stimulus plans. The Trump administration is mulling a bail out of the oil industry to help it survive a historic drop in prices.

In forthcoming stimulus packages, it would be a mistake to spend federal dollars on fossil fuel assets. This would lock in inefficient and polluting infrastructure for decades and slow down the low-carbon transition at great expense to the planet’s health, its people and the economy. Furthermore, analysts argue that COVID-19 highlights pre-existing malaise in the fossil fuel industry and that the disease’s economic impacts are only going to bring forward peak demand for first coal, and then oil and gas.

This doesn’t mean that all coal mines, oil and gas wells, and fossil-fueled power plants are closing tomorrow. But it creates space for policymakers to start crafting strategies to diversify fossil fuel-based economies and retrain workers for different industries and occupations.

As federal lawmakers race to prepare economic rescue plans, both low-carbon investments and a fair transition for the nation’s fossil fuel workers should be central components. Investment in low-carbon infrastructure and industries can create jobs and boost economic activity at a time when the U.S. economy needs it the most. For instance, every $1 million in spending creates approximately eight full-time-equivalent jobs in energy efficiency and renewables, nearly three times the number of jobs created in fossil fuels.

And strong policies to protect fossil fuel workers and their communities will ensure their livelihoods as we gradually phase out fossil fuel use. Absent such policies, workers are likely to face job losses and falling incomes, while communities will face declining state and local budgets to provide essential services. This will only increase political resistance to the low-carbon transition.

fuels. In developing and implementing these programs, four points should guide federal policymakers to improve justice and equity outcomes.

1. Consider the “megatrends” of automation and digitization.

Automation and digitization are fundamentally reshaping the nature of work and the job market. Increasingly these trends intersect with the low-carbon transition and amplify the disruption in carbon-intensive industries.

The mining industry, for example, has been moving towards automation for many years and this has been one of the factors causing job loss in U.S. coal mining. At just over 50,000 workers, U.S. coal mining hit a new low in 2019 and is expected to contract further this year. Automation has impacted the oil and gas industry too, with technology taking the place of labor in drilling operations and rig management and monitoring.

The low-carbon sector is not going to be immune from the impacts of automation either. Automation and digital technologies are affecting sectors such as transport, buildings and industry, which are major end-users of energy, in ways that reduce energy consumption, increase efficiency, and contribute substantially to climate and environmental protection. These trends can lead to lower labor intensity across the energy system, raising questions about workers and communities dependent on those jobs.

The economic downturn caused by the coronavirus could accelerate automation as employers look to maintain their bottom lines. One study found that 88% of easily automated jobs lost in the United States since the 1980s disappeared within a year of a recession.

Policymakers should take these “megatrends” into account when planning a fair transition and provide adequate safety nets and training opportunities to help workers left behind. One option put forward would require companies receiving public subsidies from state or local governments to conduct technology impact assessments estimating the number of jobs automation might eliminate, the type and number of jobs it would create, and informing a plan to retrain impacted workers. This can help address some of automation’s adverse impact on workers, while preserving automation’s benefits in terms of increasing productivity and cost savings.

2. Plan proactively and include all carbon-intensive industries.

So far, the fair transition conversation has focused on the coal industry, with good reason. An abundance of cheap shale gas and the ascendance of renewables has led to widespread job cuts in the U.S. coal industry. However, what is happening in coal may be a harbinger for other carbon-intensive industries as the low-carbon transition and other global trends pick up.

For instance, the shift to electric vehicles, which require fewer parts and workers to build, is expected to disrupt the auto industry. Already, the abrupt decline in oil demand as COVID-19 forces people to stay home is pushing small oil and gas producers out of business.

Proactive transition planning for industries like oil and gas will provide time for workers to build skills needed to transfer to other industries. Companies, either on their own or as a requirement by the government in exchange for receiving public subsidies, can also shore up pensions and remediation funds while they remain profitable, and policymakers would have time to find ways to pay for transition costs (for instance, by converting fossil fuel subsidies to fair transition funds).

In the near-term, using stimulus money to hire laid off fossil workers to clean up abandoned oil and gas wells and coal ash ponds would be one way to provide local jobs for workers while also addressing a growing environmental problem.

The city of Chicago is also a potential model. In addition to committing to 100% clean energy — similar to a number of other countries, states and cities around the world, including Canada and Colorado — Chicago is developing a fair transition plan identifying strategies, milestones and a timeline for an equitable low-carbon transition. Among other things, Chicago intends to leverage its significant procurement power to invest in companies that hire and retain displaced fossil fuel workers and traditionally marginalized workers to manufacture clean energy infrastructure at a prevailing wage with comprehensive benefits.

3. Ditch the assumption that all fossil fuel workers can find clean energy jobs.

economic opportunities. Still, policymakers need to account for differences in skills, geography and even timing when thinking about replacement jobs for displaced fossil fuel workers.

Losses in coal mining jobs are concentrated in West Virginia, Kentucky, Wyoming and Montana. Solar and wind jobs, on the other hand, are concentrated in California, Texas, Florida, Colorado and New York, which collectively account for 45% of the national total.

The wages and quality of low-carbon job opportunities will also be important to transitioning workers. As of now, union representation for fossil fuel workers is higher than for renewable energy workers. This is perhaps not surprising given that the fossil fuel industry has been around a lot longer. In moving to non-unionized workplaces, fossil fuel workers could face lower-paid jobs with fewer benefits or guarantees of working conditions.

COVID-19 has highlighted the pitfalls of low-wage jobs that provide no benefits. Policymakers should pass an economic stimulus package that not only delivers a cleaner, more resilient U.S. economy but also provides secure, quality jobs — with living wages, benefits and opportunities for training and advancement.

There is no universal blueprint for a fair transition, and what works in one community may not work in another. Given the scope of the challenge, governments at all levels need to engage, but their roles may vary.

The federal government should partner with state and local policymakers to identify locally appropriate priorities for fossil fuel workers and support regionally-led actions. Federal funds and grants should be flexible enough that states and localities can allocate the resources according to their local challenges and needs. The federal government should also incentivize bottom-up solutions driven by partnerships between state and local governments, unions, businesses, and colleges and universities. This will help align education and workforce training with regional and local economic development and with local businesses’ specific needs.

The resulting diverse range of transition programs can further enable communities to share and learn from experiences of both successful transitions and failed experiments to restructuring regional economies.

The existing federal Partnerships for Opportunity and Workforce and Economic Revitalization (POWER) grants give Congressional funding to communities losing coal mining jobs, especially in Appalachia. Projects identified under local and regional economic development plans and collaboratively produced by diverse groups of stakeholders receive priority funding. Congress could consider expanding the POWER initiative beyond the coal industry to other energy industries and regions perceived to be in decline, and adjust the level of funding to match the scale of the challenge.

Any transition is challenging, creating winners and losers. However, a well-managed transition, which includes early planning, broad stakeholder involvement, financial commitment and political will, can mitigate many of the challenges. More importantly, a fair transition for fossil fuel workers can create a more inclusive economy while putting the United States on a path to decarbonization.

(From the World Resources Institute blog.) 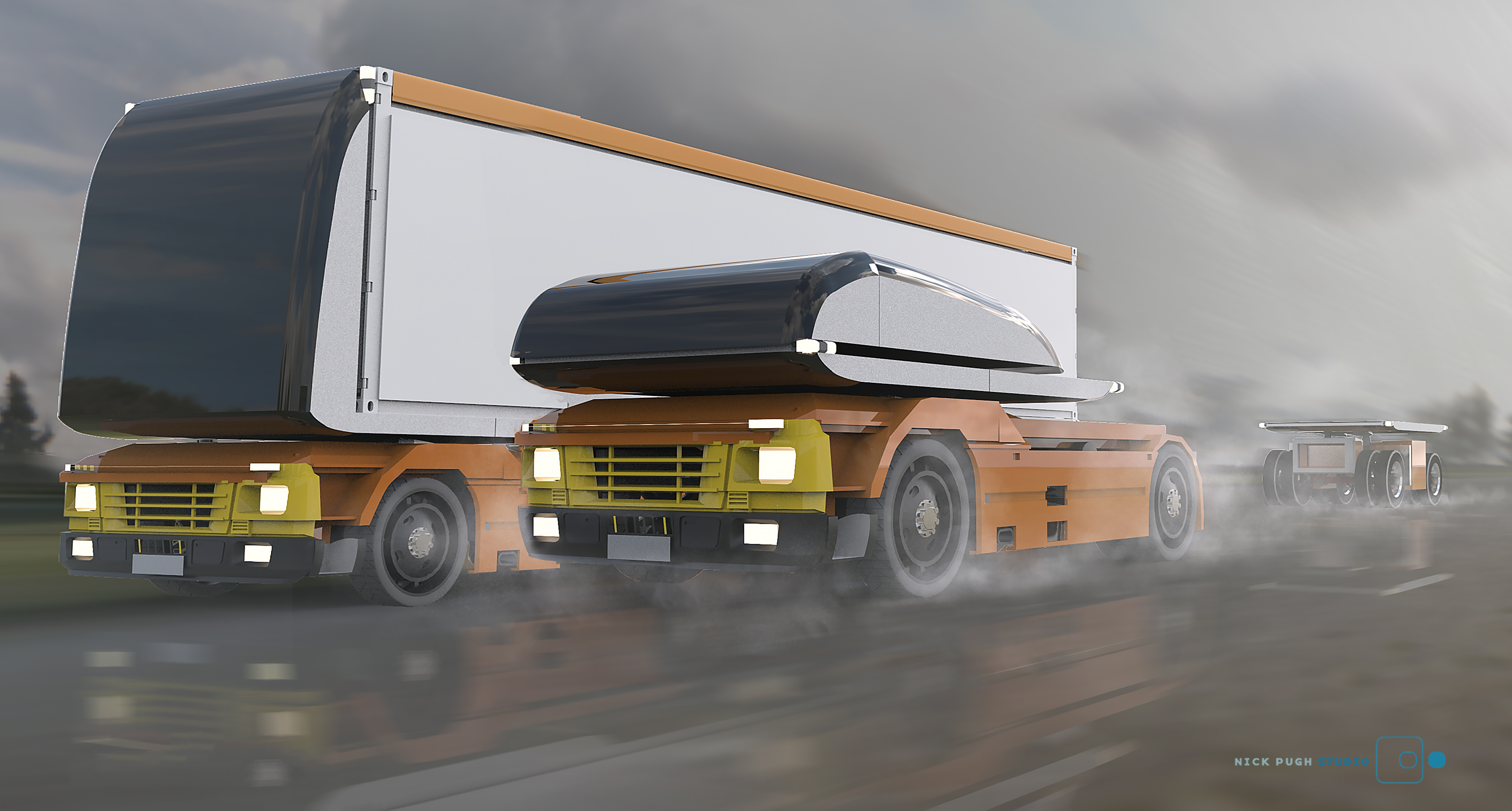 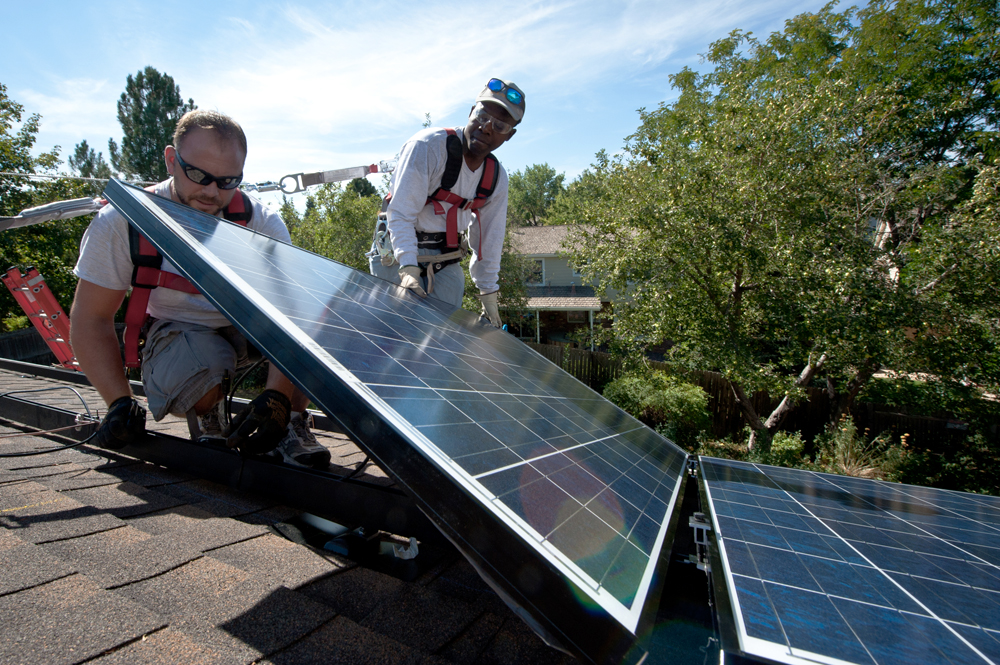 Do climate policies ‘kill jobs’? An economist on why they don’t cause massive unemployment

Can a high-tech green energy company thrive in the heart of Kentucky coal country?

Green New Deal vs Fracking: Big oil wants to scare you with ludicrous numbers (But it just ain’t so!)