Total global coal capacity continues to inch up, but a peak is on the horizon. In the first half of 2018, retired capacity has nearly matched newly operating plants and the global pipeline for proposed coal is quickly eroding.

This is according to CoalSwarm’s latest Global Coal Plant Tracker results, which we completed in July 2018. Our figures confirm the sector is in the midst of rapid change. [Carbon Brief recently used the data from the tracker to produce a global coal plant mapand timeline.]

Even if global coal capacity peaks soon, however, the sector is set to breach its share of internationally agreed climate goals — unless large numbers of coal plants retire early.

The most dramatic changes are taking place in China and India, which are both dealing with a growing number of coal plants operating well below optimal levels or are frozen in construction. In China, this is primarily due to power overcapacity. In India, it is due to financial issues and increasing competition from renewable power.

The table below shows that while some countries have a significant amount of planned or under-construction coal capacity, the amount under development does not nearly match the scale of development in China and India, particularly over the past decade. Many of the plans in these other countries are highly reliant on foreign aid, as discussed below.

To date, 28 countries have committed to phase out coal use, although none of the countries include the 10 shown above that are home to 85% of the world’s existing coal plants. However, Germany is planning a coal phase out, and past and planned retirements put the US on track to close a near-record amount of coal plant capacity this year.

Planned new coal capacity has been cancelled around the world, with particularly rapid falls in China and India. At the end of 2015, China had plans to build 515GW of new coal capacity. That figure now stands at 76GW. In India, the pre-construction pipeline has shrunk from 218GW in 2015 to 63GW today.

Most notably, our figures show that less than 2GW of new coal capacity has been proposed in either China or India in 2018 – a significant development for the two countries that have been the site of 85% of the world’s new coal power capacity since 2006.

While some analysts predicted the drop in China and India might be replaced with an increase throughout other parts of the world, the pipeline across the rest of the world also continues to decline. Notably, Japan has called off 3.6GW of proposed coal capacity since 2017, while South Korea will stop issuing permits for new coal plants.

Although the pre-construction pipeline for new coal has declined, coal power capacity under construction increased 27GW in the first half of 2018, from 209GW at the end of 2017 to 236GW by July 2018, shown in the chart below.

This increase is due to China (light blue), which is moving forward with a number of coal plants that were thought to be postponed, if not cancelled. Still, global capacity under construction has fallen nearly a third since 2015, when 339GW was being built.

Coal power capacity under construction declined from 339GW in 2015 to 209GW in 2017, but went up to 326GW in July 2018, as China (light blue) began or continued construction on coal plants thought to be postponed by the central government. Source: Global Coal Plant Tracker, July 2018.

China continues to deal with a backlog of about 260GW of coal power capacity authorised for construction from late 2014 to 2016, according to regional government data. During this time permitting authority was transferred from the central government to the provinces, who have used coal plants as a source of quick economic growth.

To rein in growing overcapacity, China’s central government began instituting a series of proposals in 2016 to slow the pace of new coal plants being built. These proposals covered 430GW under various stages of development — comparable to the entire fleets of the US and India combined.

About 54GW of that capacity has since moved into construction, according to the CoalSwarm database, although it must now be authorised before connecting to the grid, reportedly to ensure compliance with central government provisions.

From January through to June 2018, nearly 20GW of new coal capacity was commissioned: 12GW in China (blue area in the chart, below) , 5GW in India (red), and 3GW in the rest of the world (South Africa, Pakistan, Vietnam, Philippines and Japan).

While significant, the amount of coal power capacity that began operating during the first half of 2018 (20GW) was nearly matched by the amount retired (16GW), for a net increase of just 4GW – the slowest rate of growth on record. If the slowdown continues global coal capacity should peak by 2022, if not sooner.

About 12GW of the retired capacity was in the US, with another 6GW planned to close by end-2018. This would make 2018 the second-highest year for US coal retirements after 2015, which had 21GW of retirements. In the EU, retirements in the first half of 2018 were less than 1GW, well below the region’s annual average of 5GW over the past decade. However, more than half of its current member countries have committed to phase out coal by 2030.

Nearly 3GW of coal capacity was retired in China and India in the first half of 2018. India has proposed 48GW of coal plant retirements through to 2027, mainly end of life, subcritical coal plants and those ill-equipped to meet new pollution standards. China has outlined plans to close small coal plants under 300MW, which make up about 20% of its current 957GW of coal power capacity, although they can be replaced by new “ultra-low-emission” coal-fired units.

In June, Carbon Brief noted the number of coal units in the world could already have peaked, as countries including China phase out older, smaller units. In the first six months of 2018 that peak was passed, with 43 units added and 52 retired, meaning the global coal fleet shrank by nine units.

Coal is the biggest global contributor to heat-trapping CO2, making it essential to phase out its emissions to meet international climate goals.

The most cost-effective route to meeting the Paris Agreement’s “well below” 2C limit would see richer OECD and EU nations ending unabated coal use by 2030, China by 2040, and the rest of the world by 2050, according to climate science NGO Climate Analytics. (The IEA’s “well-below 2C” scenario sees unabated coal use ending by 2040worldwide.)

However, just the currently operating coal capacity of these regions already exceeds those targets, even without new development. The figure below shows total coal capacity through to 2060 if all operating coal plants retire as currently scheduled, or at 40 years of age — the current average retirement age — with plants that are already older than 40 years closing by 2030.

The shaded areas show coal power capacity operating in each region beyond the phase-out deadlines suggested by Climate Analytics. This excess amounts to 198GW in OECD/EU nations, 844GW in China and 199GW in the rest of the world.

If this excess capacity is not retired early — implying potential stranded asset losses for plant operators — then other sectors of the economy would have to cut CO2 even faster, or the Paris temperature limit would likely be breached.

In the latest CoalSwarm update, we estimate that Chinese, Japanese, or South Korean governmental and private institutions are funding, or have proposed to fund, more than two-fifths (41%) of all capacity under development outside China and India. Chinese organisations alone account for nearly 30% of the total.

This does not mean that all the projects will be funded by banks or organisations in these three countries, but it does show the growing role they play in global coal plant development. Chinese, Japanese, and Korean construction companies and power equipment manufacturers often compete for contracts and, as part of the bidding, may offer funding assistance. Host countries are often looking for funding as the World Bank severely restricted coal financing in 2013, and an increasing number of major international banks and insurance firms have committed to end coal financing.

Increasingly, the coal plant industry appears to be moving from a predominantly national model of development and domestic coal supply — as pursued by the US, Australia and much of Europe, followed by China and India — to a more trans-national model under which construction, funding and coal supply or mining are often outsourced.

This model dominates many of the countries with the most coal plants under development outside China and India, including Indonesia, Pakistan, Bangladesh and Vietnam. Chinese financing is also behind recent large coal plant proposals in Russiaand Egypt, and is also playing a growing role in Bosnia, Serbia and Turkey, often reviving plants that appeared to be shelved for lack of funds.

Both China and India are now struggling with excess coal power capacity that is competing with declining costs and government mandates for lower-carbon alternatives. This means a growing number of coal plants are operating well below their designed utilisation rates, leading to less income than expected for operators. These excess coal plants risk becoming stranded assets, unable to earn an economic return on investment.

State power company NTPC in July 2018 cited low renewable costs when it suspendedplans for new coal. Overall, 695GW of proposed coal power capacity has been shelved or cancelled in India since 2010 – over three times its operating capacity of 219 GW.

China is also dealing with excess coal plant capacity. From 2006 to mid-2018 China commissioned 70% (715GW) of the world’s new coal-fired capacity. That rapid expansion — coupled with the 2014–2016 spurt in provincial coal permitting — is now rubbing up against the country’s ambitious renewable goals. The average utilisation rate for thermal plants fell below 50% in 2015, where it has stayed, meaning Chinese power company profits from coal power are fast eroding.

In response to the overcapacity problem, China’s 13th five-year plan caps total coal capacity at 1,100GW in 2020. Yet, even with the cap, the country is facing over 200GWof excess coal capacity, according to some estimates, with further coal plants representing potentially billions of dollars of wasted capital. The country needs to strengthen its coal plant restrictions and increase retirements to prevent further excess coal-fired capacity.

The Global Coal Plant Tracker is an online database developed by CoalSwarm that maps and describes every operating coal-fired generating unit and every new unit proposed since 1 January, 2010 (30MW and larger). Collaborators include Greenpeace, Sierra Club,CAN Europe, GreenID and Kiko Network.

Dr Christine Shearer is a researcher and analyst for the US-based energy research group CoalSwarm.

(Published under a CC license. You are welcome to reproduce unadapted material in full for non-commercial use, credited ‘Carbon Brief’ with a link to the article. Please contact us for commercial use. Coal power plant image CC by Guy Gorek on Flickr.) 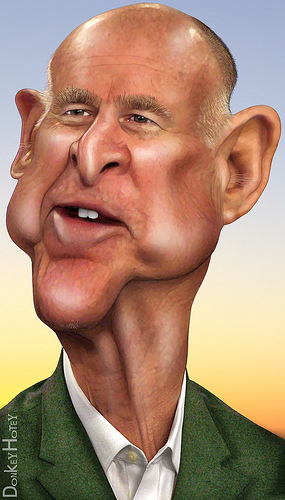 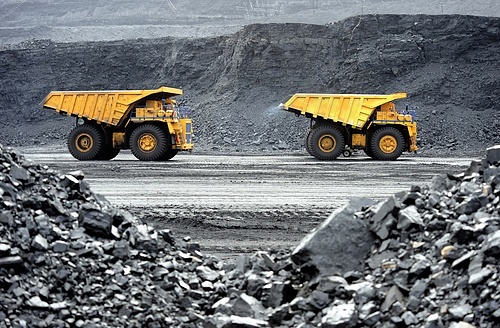 How people power stopped the biggest coal mine in North America 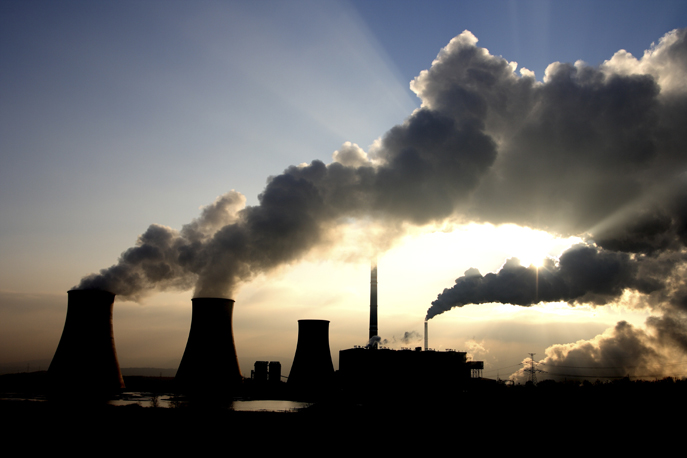 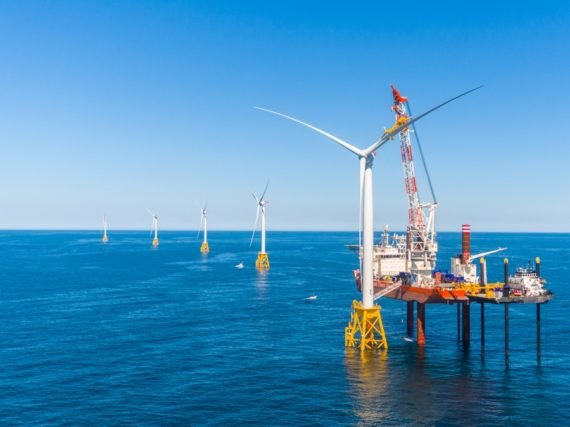