The hits just keep on coming for the US coal industry. In the latest development, industry insiders anticipate more mines to close or consolidate in Illinois, a leading US coal producing state. Either way, miners in Illinois are looking down the long, dark barrel of unemployment.

The Lowdown On Illinois Coal

The latest insights regarding Illinois come from S&P Global Market Intelligence. The basic message is simple: don’t let the export market make a fool out of you.

Demand in the US is dropping off a cliff, so mining companies are depending on exports to stay afloat.

That worked pretty well last year for mining companies in Illinois. This year looks decent too, according to S&P. However, the dark clouds are gathering:

While the basin performed well in 2018 and looks poised to do pretty well this year, its success will depend largely on exports, Hanou said. Illinois Basin producers can compete when API2 prices are around $70 to $75, but once the price drops below $70, it becomes more difficult, even for the lower-cost miners. The price has recently fallen below $70.

By the way, if Illinois doesn’t ring any of your bells as a leading US coal producer, well, it is.

The Illinois Basin sprawls over most of the state, and parts of neighboring states, too.

Last year the US Energy Information Agency ran the numbers and found that “Illinois has one-fifth of the nation’s demonstrated coal reserve base, second only to Montana, and is the nation’s third-largest bituminous coal producer after Wyoming and Kentucky.”

The Inevitable March Of Coal Into The Sunset

Trouble in the Illinois coal basin is nothing new. In September 2016, as the race for the White House ramped up, The Chicago Tribune nailed down the high stakes for mining families in Illinois with this headline, “As Illinois’ coal country teeters on brink, next president may tip balance.”

Support your friendly neighborhood journalist and follow that link for many (many) more details about coal woes in Illinois.

If you guessed cheap natural gas was a major factor, run right out and buy yourself a cigar:

…Illinois mining companies have shed more than 1,200 jobs over the last year as strict new environmental regulations and cheap natural gas have encouraged utilities to drop their reliance on coal. Only about 2,800 jobs remain, the lowest tally in decades.

The Pattiki Mine in Carmi is a good example. Back in 2010, a representative from the company visited the Carmi Rotary Club with some good news for local miners. Take it away, The Carmi Times:

Members of the Carmi Rotary Club got an insider’s “view” of the Pattiki coal mine at Epworth when they gathered at Tequila’s Thursday for their noon meeting. And they learned that the mine, which employs more than 300 people, has “operational plans” for at least another 18 years.

Or, not. Barely six years after that convo, in the runup to Election Day 2016, Pattiki shut down. As in, permanently. Company officials cited “prolonged weak market conditions.”

Meanwhile, the potential for the US to add more coal to its power generation fleet is practically nil. As older power plants age out, natural gas and renewables are replacing them.

Globally, The Guardian notes that orders for new power plants fueled by coal have “collapsed,” with China being the only significant outlier.

Low-cost wind and solar are already giving coal (and natural gas) a run for the money in US markets, and more hurt is in store.

The US Department of Energy is still continuing its mission of pushing the cost of solar power way down low. Earlier this week, for example, the agency announced a new $130 million round of funding for early-stage research projects that tackle solar costs.

A major slice of the pie will go to research projects that enable the nation’s grid to handle more renewable resources, so there’s that.

That’s a huge deal considering that the US has just barely begun to tap its vast offshore wind resources.

Against this backdrop, President* Trump rallied his supporters at a campaign stop in Michigan last night with some keen observations on the future of the US wind industry. Our friends over at The Hill report:

President Donald Trump on Thursday repeated his criticism of wind-based renewable energy, saying that the wind does not always blow.

“If it doesn’t blow, you can forget about television for that night,” he said at a rally in Michigan.

“Darling, I want to watch television.’ ‘I’m sorry! The wind isn’t blowing.’ I know a lot about wind,” he added.

The Energy Department begs to differ. Even the state of Texas, the epicenter of all things fossil fuel, is finding that wind and solar will keep the television humming. 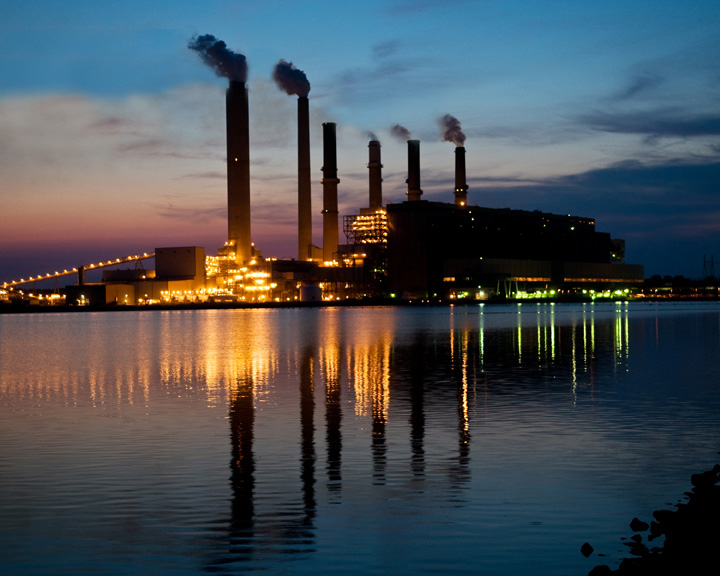