Tuesday, May 19, marks the fifth anniversary of the massive Plains All American Pipeline spill near the Refugio State Beach in Santa Barbara County. The collapse of the severely corroded pipeline resulted in 140,000 gallons of crude oil spilling into the ocean, killing hundreds of birds and marine mammals, halting recreational and commercial fishing and fouling four “marine protected areas” created under the privately-funded Marine Life Protection Act (MLPA) Initiative as the spill was cleaned up.

Now, as U.S. oil prices plunge and dozens of oil tankers with no place to store their oil are idling off the California coast, ExxonMobil is trying to restart its three platforms and transport that oil by using up to 70 tanker trucks per day on coastal Highway 101 and accident-prone Route 166 in a project Santa Barbara County is considering this summer. The other four offshore platforms shut down by by the spill are being decommissioned, according to a statement from the Center for Biological Diversity.

The idling of the seven offshore platforms served by the pipeline has prevented “massive emissions of climate pollution” since the spill, the Center said.

“If the seven offshore drilling platforms served by the pipeline had not gone idle, they would have added 33.9 million metric tons of carbon dioxide pollution to the atmosphere. That’s roughly equivalent to operating two

coal-fired power plants in California over the same period — or to burning more than 37 billion tons of coal,” the group stated.

Kristen Monsell, oceans legal director at the Center, said, “California is better off without drilling for oil from these polluting platforms, and so is our climate. Santa Barbara County shouldn’t allow ExxonMobil to restart its offshore drilling operations and endanger Californians.”

According to Monsell, the Center “calculated the global warming benefit of halting oil production off the Santa Barbara coast in 2015 based on the pipeline’s average throughput of 43,189 barrels of oil per day since 2000. In the five years since the pipeline went offline, an estimated 3.3 billion gallons of oil stayed in the ground beneath these platforms.”

Even after a Santa Barbara jury found Plains All America criminally liable for the failure of its severely corroded pipeline and delays in reporting the oil spill and a judge issued a $3,347,650 fine, the company has applied to build a new pipeline along a similar route. The draft environment impact report for that project is expected to be released later this year, the Center reported.

Monsell noted that pipelines regularly fail in California and around the country. “Federal pipeline data shows there were more than 707 pipeline incidents in California since 1986. Those incidents killed nine people and spilled more than 9 million gallons of oil. Nationwide, from 1986 until March 2020, there were 18,087 oil and gas pipeline incidents, 638 deaths, 3,752 injuries and $10.38 billion in damage,” she said.

“On the anniversary of this deadly oil spill, in the middle of a public health crisis, Santa Barbara should embrace a clean energy future. We need to end offshore drilling, not bring it back to life with another dirty oil pipeline,” Monsell concluded.

On March 13 of this year, Federal officials also announced a civil settlement with Plains All American  arising out of Plains’ violations of the federal pipeline safety laws and liability for the discharge of approximately 2,934 barrels of crude oil from Plains’ Line 901 in the Refugio Oil Spill. The settlement with the U.S. Department of Justice requires the company to modify its natural operations to implement safeguards resulting from the spill and requires Plains to pay over $60 million in penalties, clean-up costs and natural assessment costs and damages.

Missing from the news coverage of the oil spill, the trial and sentencing and now the plans by the oil industry to restart three offshore platforms and build a new pipeline is one of the biggest and most ironic stories regarding the Refugio Oil Spill.

In a classic example of the deep regulatory capture that pervades what passes for “marine protection” in California, the head of the oil industry trade association that lobbies for the Plains All American Pipeline corporation happens to be the very same “marine guardian” who chaired the panel that created the so-called “marine protected areas” that were fouled by the spill.

Yet not one government official, NGO representative or reporter (except this one) mentioned that the head oil industry lobbyist promoting the expansion of offshore drilling and opposing legislation increasing protection of the California coast was the same state official who headed the panel to create questionable Southern California “marine protected areas” that don’t protect the ocean from fracking, offshore drilling, pollution, seismic testing and human impacts on the ocean other than sustainable fishing and gathering.

Big Oil is the biggest and most powerful corporate lobby in Sacramento — and the Western States Petroleum Association (WSPA) is the biggest and most powerful lobbying organization. Big Oil, along with corporate agribusiness, developers, big water agencies, timber companies, and other Big Money interests, has captured the regulatory apparatus in California.

From January 1 to March 31, 2020, the same time that the Newsom Administration approved 1,623 new onshore oil drilling permits, according to Department of Conservation data analyzed by Consumer Watchdog and the Fractracker Alliance, WSPA spent $1,089,702 lobbying state officials.

Other big spenders on lobbying in the first quarter of 2020 include Aera Energy, formed in June 1997 and jointly owned by affiliates of Shell and ExxonMobil, with $290,826, and the California Resources Corporation, formerly Occidental Petroleum, with $213,489.

For more information, go to: www.counterpunch.org/…

Another big story missed by most media covering the jury trial and the judge’s sentencing of Plains All American Pipeline is that oil and gas regulators under the Jerry Brown administration were granting permits for oil companies to drill new oil wells off the Southern California coast in state waters at the time the oil spill took place. Of course, this expansion of offshore drilling was driven by the Big Oil Lobby that I just discussed.

Between 2012 and 2017, Brown Administration regulators issued about 238 permits for new state wells in existing offshore leases, within three miles of the coast, according to analysis by the nonprofit FracTracker Alliance and Consumer Watchdog: www.consumerwatchdog.org/…

Even worse, as Brown was constantly grandstanding about how California was opposed to new offshore drilling in federal waters under the Trump administration, the state under Brown controlled four times as many offshore oil wells in state waters as Trump’s federal government controls in California waters as of September 8, 2018. An online map at www.BrownvTrumpoilmap.org showed all the state offshore wells under Brown’s control vs the federal wells under Trump’s control, with geo-location data for each.

The number of new offshore oil wells in state waters issued by the California Department of Conservation since Gavin Newsom became Governor in January 2019 is not known at this time.

“The cut surprised environmental advocates because the new employees would have been paid for not by state income tax collections, but by fees paid from the oil and gas industry itself,” according to the Associated Press.

“Oil and gas won,” said Kathryn Phillips, director of Sierra Club California, told the Associated Press.  “But people who breathe and live near ports are losing.” 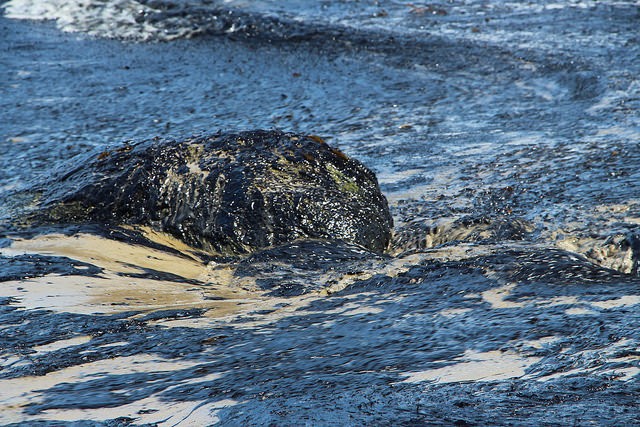 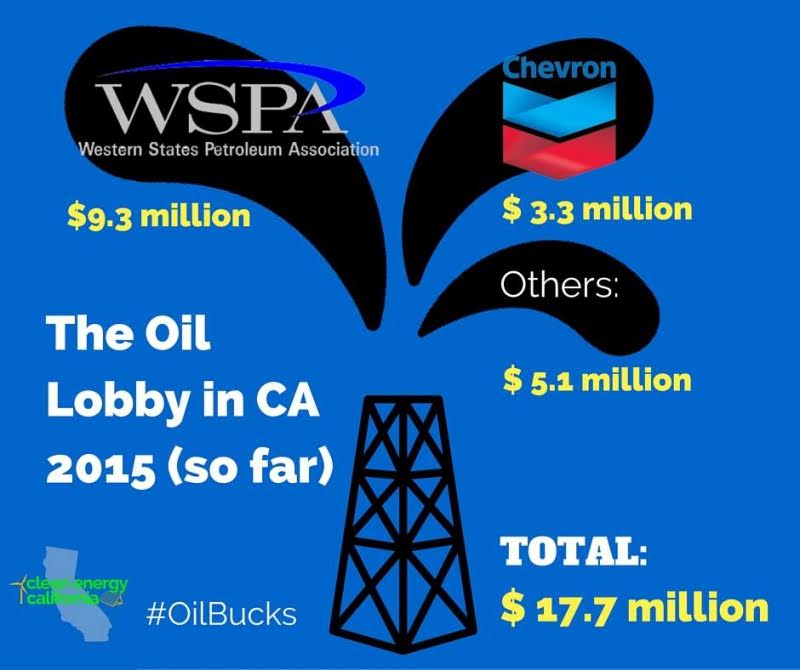 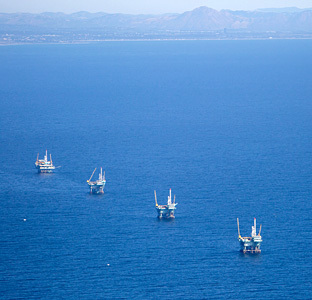