It’s practically a conservative mantra. When it comes to support for renewable energy: “Government should not be picking winners and losers.” Most of the time, the argument is made by advocates for fossil fuel companies like ExxonMobil and Koch Industries. The fossil fuel companies say all they want is a level playing field. But in fact, they want a playing field that is tilted so far in their favor that no one else can compete. While bleating about winners and losers and the horrors of government regulation, they are benefiting from trillions of dollars worth of direct and indirect fossil fuel subsidies every year, as a new report in The Guardian highlights.

A study by four economists working for the International Monetary Fund — not exactly a liberal outfit — and published in the journal World Development finds that direct and indirect fossil fuel subsidies amount to 6.5% of global GDP. And what does that translate to in terms that ordinary folks can grasp? More than $5 trillion dollars, the authors say. Yes, TRILLION.

Not all of that is in the form of cash money. Much of it is in avoided costs — things the fossil fuel crowd are responsible for but are excused from paying for. They include “not only supply costs but also environmental costs like global warming and deaths from air pollution and taxes applied to consumer goods in general.”

The authors argue that this broader view of subsidies is the correct view because they “reflect the gap between consumer prices and economically efficient prices.”

They do not include such incidentals as the US military, which

has been used most often to guarantee access by America and its friends to natural resources, especially oil. Imagine how much that would jack up the real price.

It is impossible for such calculations to be precise. How does one value the economic cost of illness, or shortened lifespan of billions of people who are impacted by changes in the environment? What exactly does a rise of 1 degree in the average temperature of the atmosphere cost the world community?

The answers are necessarily approximations. But the claim by fossil fuel advocates that these factors have no value is plainly wrong and worthy of no consideration. It is just window dressing designed to forestall the final reckoning as long as possible while enriching their masters as long as possible. The report identifies China, the United States, and Russia as the three largest providers of fossil fuel subsidies. Coal leads the list, with oil second.

The promise Of renewables

The lesson to be learned from this study is when calculating the economic costs of renewable energy sources such as wind and solar power, it’s critical that economists take into account the huge environmental costs of fossil fuels. And to realistically price in the actual cost of fossil fuel subsidies.

David Coady, one of the study’s authors, says, “A key motivation for the paper was to increase awareness among policy makers and the public of the large subsidies that arise from pricing fossil fuels below their true social costs — this broader definition of subsidies accounts for the many negative side effects associated with the consumption of these fuels.

“By estimating these costs on a global scale, we hope to stimulate an informed policy debate and provide renewed impetus for policy reforms to reap the large potential benefits from more efficient pricing of fossil fuels in terms of improved public finances, improved population health and lower carbon emissions.”

The great lie at the heart of the “government should not be in the business of picking winners and losers” argument is that one of the core constructs of capitalist theory is the idea of “creative destruction.” First expressed by Joseph Schumpeter in 1942, it posits that the “the essential fact about capitalism” is that constant product and process innovation will continuously replace outdated production units with new, more innovative ones.

What the fossil fuel crowd is really saying is they want a special exemption from Schumpeter’s principal. It is a well known human principle that everyone wants to lock the clubhouse door just as soon as they gain admission to the club.

We have seen creative destruction at work in the way the laptop replaced the desktop computer, only to be replaced itself by the smartphone. The auto industry is watching in awe as Tesla upends the industry with its innovative electric cars. Solar and wind power are rapidly supplanting traditional energy sources.

It is long past time for the nations of the world to stop propping up these declining industries and embracing the future rather than the past. 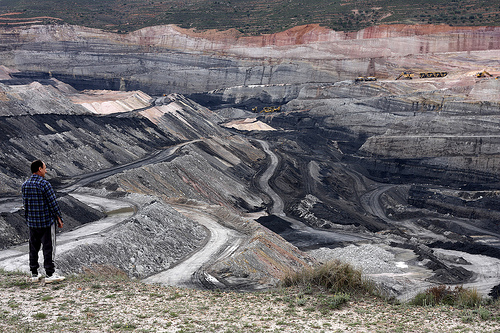 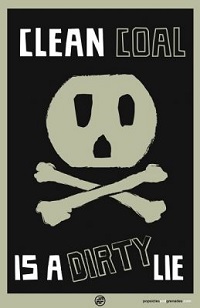