I could not help thinking of David vs Goliath yesterday as I was working on a letter to Jose Manuel Barroso, President of the European Commission. The subject was that discussed in an earlier note (Europe Standing Tall Against a Rogue State): will the tax that Europe applies to unconventional fossil fuels in its Fuel Quality Directive (FQD) be the proper tax to account for all the emissions during the mining and processing of the fuel or will they pretend that it is the same as conventional oil?

It matters — a lot. If total emissions are counted, oil from tar sands or tar shale will be less competitive in the market. If a rising fee on carbon is achieved, these dirtiest of fuels will be the first to be eliminated and replaced by clean energy and energy efficiency. Tar sands production today is moderate, but there are plans to quintuple the rate of extraction over the next decade. Tar sands operations today are ugly enough, but if that expansion happens and infrastructure is put in place to carry the products away, there surely will be a monstrous rape of the land. And from the climate standpoint, we cannot accept the massive carbon amounts in unconventional fossil fuels without guaranteeing climate disasters. Conventional oil and gas should be the transition fuel to a clean energy future, and they could be that, if we put a rising fee on carbon.

“David” in this case was the Friends of Earth Europe contingent, a small determined middle-aged lady supported by a few young people. Outcome of our European trip to five capitals seemed too good to be true, and maybe it was. The European Commissioner for Climate Action, Connie Hedegaard, indicated a determination to have honest accounting of emissions from all fuels. The officials of most key nations seemed to be very understanding and supportive — so it seemed that the vote should go the right way. But wait — will there be a vote?

“Goliath”, the fossil fuel industry, does not have much to fear in the well-oiled coal-fired U.S. Congress. Maybe it’s not much different in Europe. Fig. 1 shows some of the big-boy lobbyists, just those of a single U.S. law firm celebrating the first anniversary of its Brussels office. Goliath, for all his size, likes to work behind the scenes – but you can see his work in the daytime too – just turn on your television to see all the messages about safe dependable tar sands and coal.

Perhaps the United States, as well as Canada, will side with unconventional fossil fuel interests. It would not be the first time that spoken concerns about climate change turned out to be greenwash. But this need not prevent Europe from standing tall.

This is not meant to discourage you. “David” can win this eventually, but we need many Davids. David’s chief weapon needs to be exposing the truth. We must expose what is happening. Although the present Canadian administration seems to be a handmaiden of the fossil fuel industry, it is not certain that the same is true for the Obama administration. The fossil fuel industry will lobby the Obama administration to pressure Europe to accept dirty oil as clean, and it will lobby Obama to approve the Keystone pipeline. The basis for optimism is the fact that the matter has been exposed. There is reason to hope that John Kerry will advise Obama to not approve the pipeline. Surely they understand their legacies, if the pipeline is approved.

However, we must recognize that all individual fossil fuel matters — tar sands pipeline, coal trains and port facilities for export, hydro-fracking, mountaintop removal, etc. — all of these are overwhelmed by the need for a simple, rising, across-the-board carbon fee collected at the domestic mine or port-of-entry. Without a carbon fee, any success in stopping a fossil fuel project will be short-lived. With a rising carbon fee, we will eventually win on all of these fronts, with the highest carbon sources falling into disuse first.

For that reason, Citizens Climate Lobby deserves the highest priority — and I am very distraught that I forgot about my scheduled time to be on their monthly call last evening. I apologize to anyone who was expecting to ask me questions, and I hope that we have another opportunity. Everyone who wishes to preserve our planet and its life should consider joining and supporting CitizensClimateLobby.org. Their advocacy of a simple rising carbon fee, with 100% distribution of funds to the public — nothing to make the government bigger — is just what is needed to incentivize a transition to clean energy. Their respectful but thoughtful demeanor is perfect.

(attached is the letter drafted last evening, with the aim of soliciting scientists to co-sign — it will be sent to Jose Manuel Barroso, President, European Commission, B-1040 Brussels. Opinions of European scientists would seem particularly relevant.)

Scientist letter on the Fuel Quality Directive and tar sands

We are scientists involved in many different areas of climate science. We write to you to recommend that EU policies recognize and account for higher emissions from production of unconventional fossil fuels. Such policies will encourage investments in low-carbon fuels and technologies consistent with the world’s limited carbon budget and will encourage companies and states to leave the most carbon-intensive fossil fuels in the ground.

We live in an era during which it has become clear that we cannot burn all of the fossil fuels without causing dangerous climate change, as the latest Intergovernmental Panel on Climate Change report has made clear. Instead, we must leave a substantial amount of the fossil fuels in the ground and move to cleaner sources of energy. Policy-makers now have a paramount responsibility to ensure that happens. Your decisions today will affect the kind of planet future generations will inherit. We understand the Commission is currently considering a new proposal on the implementation of the 2009 EU Fuel Quality Directive (FQD). This law set an emissions reduction target and gave the European Commission a legislative mandate to develop a methodology to account for greenhouse gas (GHG) emissions from the production of fossil fuels.

The Commission’s 2011 proposal to implement the requirements for fossil fuels used a scientifically sound approach to label the significant variations in the GHG intensity of different fossil fuel “feedstocks”, including higher values for fuels such as coal-to-liquid, tar sands, oil shale and gas-to-liquid. Since the FQD requires companies to report on the GHG emissions of the fuels that they place on the European market using these different emission values, the FQD will for the first time hold the oil industry accountable for the carbon emitted during production of the fuels they sell on the European market. This accountability will send a much needed signal to oil suppliers to invest in cleaner fuels. We therefore urge you to continue with the implementation based on this scientific approach.

We are at a time in history when it is still possible to minimize the effects of climate change by making fossil fuels pay their full costs to society and thus accelerate a shift to cleaner energy. The consequences of your decision on the FQD as one part of Europe’s climate actions will reach far beyond Europe’s borders. We urge you to uphold the scientifically sound proposal in order to ensure Europe’s climate legislation is fully implemented and that Europe maintains its leadership on climate action. 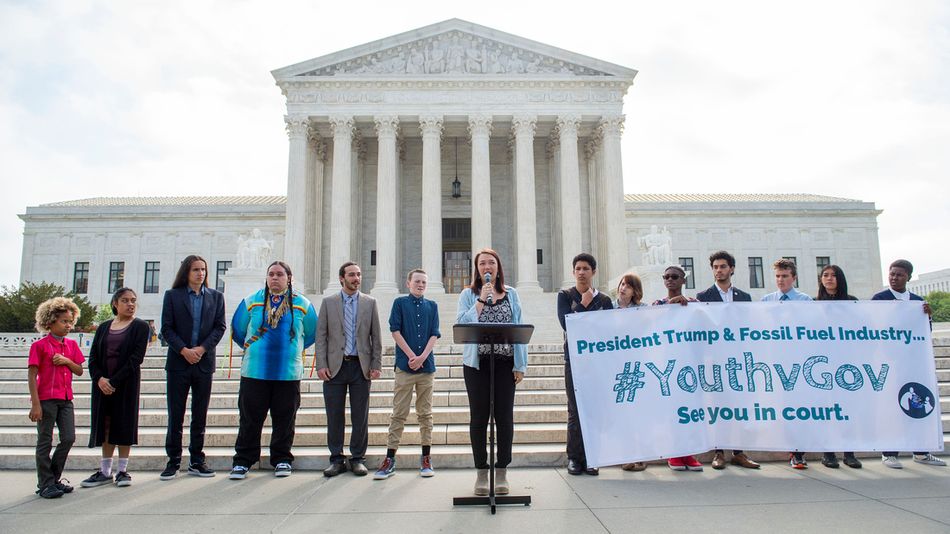