Three headlines this week drove home a point that I often make when discussing politics with friends. That point is a psychological phenomenon known as confirmation bias (a subset of cognitive bias), and it’s one of the most powerful forces at play in the world today, especially with regard to the increasing extremism of the Republican party in the United States. Confirmation bias allows us to believe what we want to believe, and cast it as truth, despite evidence to the contrary. It’s a self-defense mechanism in many ways–change is hard, after all, and giving up long-held beliefs in light of new evidence causes the mind to go through the five stages of grief in much the same way as a diagnosis of terminal illness. Confirmation bias is harmless in some cases, and exceptionally dangerous in others. Hitler would not have been able to convince millions to go to war unless a strong part of them *wanted* to believe that he was right in scapegoating Jewish people for the economic malaise that post World War I Germany was in.

Confirmation bias seems to be exceptionally strong in America today. I imagine it’s related to a large-scale right-wing takeover of the mainstream media in the U.S., from crackly AM radio talk shows to Fox News to Newsmax and the Wall Street Journal, the extreme right wing and their billionaire backers literally own a giant megaphone in the U.S. today, and whether what they say is true or not doesn’t actually matter–they’re louder than others, and they’re drowning out sane and logical voices from both sides of the political spectrum in order to push an extremist agenda.

Consider the case of Clear Channel Radio. The company is largely owned by Bain Capital (a Vulture Capital firm counting Mitt Romney as one of its founders and primary shareholders). It controls 850 radio stations across America, through which it promotes nutjobs like Rush Limbaugh, Glenn Beck, and others. That’s a radio station in virtually every major metropolitan area across the country, including a lot of Spanish language channels through which it works to convince Latino voters that the Republican party has their back, despite the obvious evidence to the contrary.

Many of us wondered why on earth rational, intelligent Americans would give credence to an illegal and unjustified war in Iraq in 2003. A strong part of the answer was that Clear Channel organized rallies across America to support the war and the President who proposed it. They even went so far as to try to crush the careers of musicians and other artists who spoke out against the war. Recall the famous incident in which the country music group the Dixie Chicks criticized President Bush. Clear Channel organized Dixie Chicks CD burning parties across America, and stopped playing their music–meaning lots and lots of lost revenue for the Dixie Chicks and a very strong warning to others not to speak out in any way.

But the millions of Americans who actually crushed those CDs and attended those artificial rallies across America didn’t just do so because they believed what they were hearing on the radio as ClearChannel beat the drums of war over and over–they did so because they WANTED to believe what they were hearing. It aligned with their values or it meant a government contract for weapon development or for whatever reason… and it gave them all the “evidence” that they needed to come to the conclusion that the Iraq war was right and just.

The same phenomenon is alive and well today with regard to climate change. Science overwhelmingly confirms that climate change is real and is happening right now, today, and that humans are causing global warming. Yet, somehow, some people (mostly right-wingers of course) still don’t believe it. It’s a confirmation bias that may well demolish our society as we know it, and the right wing media is more than happy to continue to obfuscate the clear evidence to that end. Whether it’s fighting the ban of incandescent light bulbs to the detriment of energy efficient LEDs (like these Emergency Lights), or fighting carbon regulation, or trying to roll back wind or solar energy tax credits, the GOP’s large financial backers largely hail from the fossil fuel industries, and profit mightily by delaying action on climate change at the national and state levels. And their media companies are more than happy to help.

But sometimes, a headline or two comes across that’s simply overwhelming in the “how the heck can people allow this?” department. This week, we were graced with three absolute doozies:

Photo from Shutterstock. Red, Green and Blue wishes to thank EmergencyLights.net for sponsorship of this blog post. 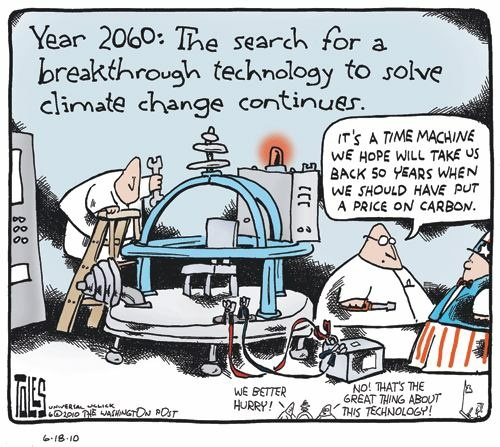