Maybe NOW we can talk about building cities that won’t get flattened by flooding?

A study released by the Carbon Disclosure Project this month finds that 103 cities around the world have a serious risk of flooding. Most of the problem can be traced directly to the increased use of concrete and asphalt since the beginning of the automotive age. Land that used to absorb water is now covered with impervious coatings which cause rain and flood waters to accumulate rather than percolating into the soil below.

The proof of the failure of the “pave, pipe, and pump” strategy that has been at the heart of urban planning (or lack of urban planning) for the past 100 years is evident for all to see in the aftermath of the devastation caused to the city of Houston and environs after getting slammed by Hurricane Harvey. South Florida has been grappling with flooding issues for decades.

Regardless of whether more powerful storms are the result of climate change exacerbated by human activity or are simply God’s retribution for homosexuality, as many extremist evangelists contend, doing nothing to make cities more resilient to flooding is asinine. The insanity begins with the #FakePresident, who recently signed an executive order cancelling a mandate to include planning for floods and rising sea levels in all federally-funded infrastructure projects such as buildings and highways.

Chicago has actually been experimenting with storm water resiliency for more than a decade. Cities as far away as China are paying attention and incorporating the lessons learned by Chicago in their own infrastructure plans.

Since 2006, the Windy City has built more than 100 Green Alleys and  Eco-Boulevards — stretches of permeable pavement and bioswales that allow storm waters to filter through and drain into the ground below, where microbes remove bacteria and pollutants before the water is allowed to run into nearby Lake Michigan. The Green Alleys mean 80% of rainwater is now kept out of the city’s storm sewers and processed naturally.

“We try to create porosity and permeability so that water can move in the ways that it moves in the hydrological cycle,” says Jay Womack, a senior landscape architect at Huff & Huff, which designed much of the new infrastructure. “It’s very simple but it’s very difficult for people to grasp because we’ve not designed like that in a century.”

The Chinese government wants to utilize the principles of Chicago’s Green Alleys for create 16 so-called “Sponge Cities.” UrbanLab, an architectural firm based in Chicago, was commissioned to design the Yangming Archipelago within the larger city of Changde, which is located in central China.

The area is a low-lying river basin that experiences heavy rainfall and regular flooding. As opposed to building walls and dikes, UrbanLab is putting major buildings on islands in an enormous central lake. Streets lines with canals called Eco-boulevards connect the eight islands envisioned by the plan.

UrbanLab says its vision combines a dense metropolis with a natural setting. “As a functional center, Yangming Archipelago will serve as an urban model. We expect it to lead the way to a new way of thinking about the city of the future,” says a spokesperson for the design and engineering firm.

Berms With Benefits For New York

After Super Storm Sandy brought massive flooding to New York City and northern New Jersey, a multidisciplinary team was created by the Regional Planning Association and the Rockefeller Foundation to devise better ways to deal with the inevitable floods that will come in the future.

Like the people at UrbanLab, the group thinks it’s foolish to waste time on seawalls and barriers, Instead, it proposes an ambitious combination of buildings constructed on higher elevations that run alongside new canals. Transportation routes would run along the spine of the higher ground that connects the new communities.

Kristian Koreman, a co-founder of ZUS, an architectural firm located in Rotterdam, Germany, says development had failed to take into account the local ecology. “By neglecting the fact that they were building in a swamp, they forgot that it was a tidal area,” he says. In cooperation with the MIT Center for Advanced Urbanism, ZUS has proposed a new arrangement for the Meadowlands — one of the areas hit hardest by Sandy. It will feature a series of marshes surrounded by earthworks known as berms.

Between the outer berm and the sea, the restored wetlands would soak up seawater and slow down tidal waves, preventing them from hitting the dikes at high speed. The stretch of berms would serve as a wildlife refuge, filling up with rainwater during periods of heavy rain before draining out. And on the inside of the inner berm, ditches and ponds would retain rainwater, preventing it from causing sewers to overflow.

The plan includes a large recreation zone with bike lanes and a rapid transit bus lane running across the top of the berms to connect the Meadowlands to New York City. ZUS calls its design “berms with benefits.”

Waterstudio is an architectural firm in the Netherlands that thinks the best way to deal with persistent flooding is to build structures that float. Founder Koen Olthuis is focused on slums in places like Dhaka, Bangladesh. He has created what he calls “City Apps,” barges kept afloat by thousand of recycled plastic bottles.

Atop the barges are structures that can serve as classrooms, sanitation facilities, hospitals, food pantries, or mobile solar panel arrays. Since they are easy to install and launch, they can be moved to wherever they are needed. Because they float, investors can be enticed to put their money into them when they would otherwise be scared off from investing in a flood plain.

The first City App units — a classroom, a sanitation unit, a kitchen, and a battery pack connected to a floating solar field — are scheduled to arrive in Kurail, a slum at the edge of Dhaka, in October.

Olthuis says rather than treating nature as a threat, he tries to work with the existing habitat.  That means letting water flow where it wants and using floods as a catalyst for more flexible urban development. He talks of enhancing a city with floating structures like concert halls and stadiums on waterways. Even floating rescue and relief units could be employed in the aftermath of natural disasters such as storms and floods. “For us,” he says, “it’s the wetter, the better.”

Nobody Wants To Talk About Resilient Cities In America

To this point, no one is talking about adapting any of these resilient city ideas for Houston. Instead the plan seems to be to rebuild so the new Houston is identical to the old Houston. No federal agency is pushing for a review process that would examine other strategies, which means the taxpayers are going to get stuck paying to clean up and rebuild the area again and again, thanks to a complete failure of leadership at the federal level.

Evangelicals call for climate action in the wake of Hurricane Harvey 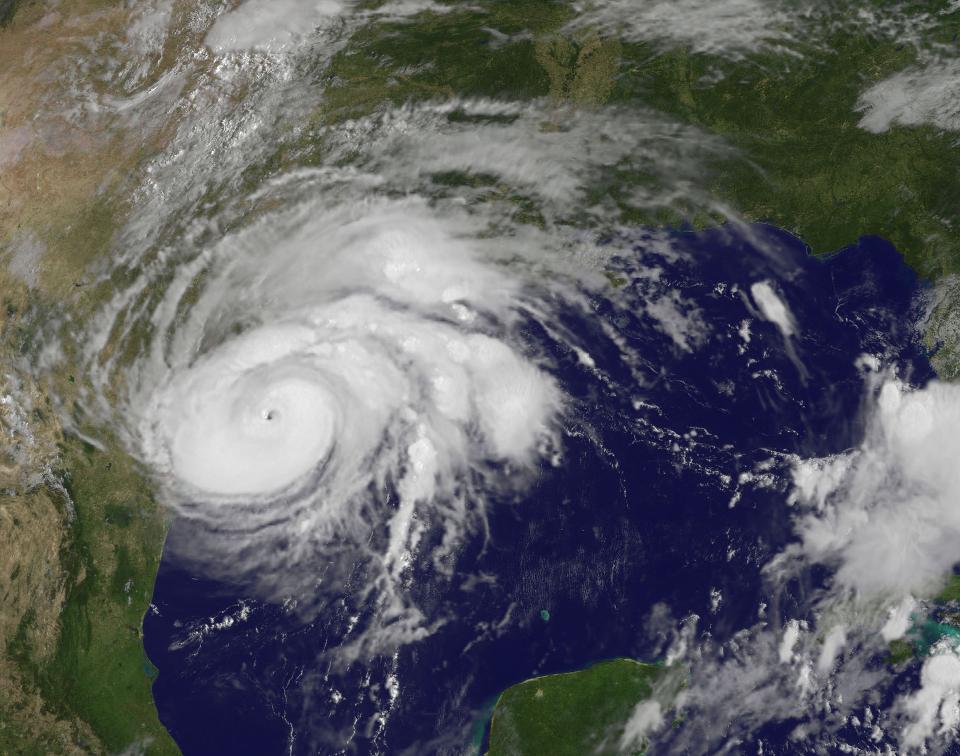 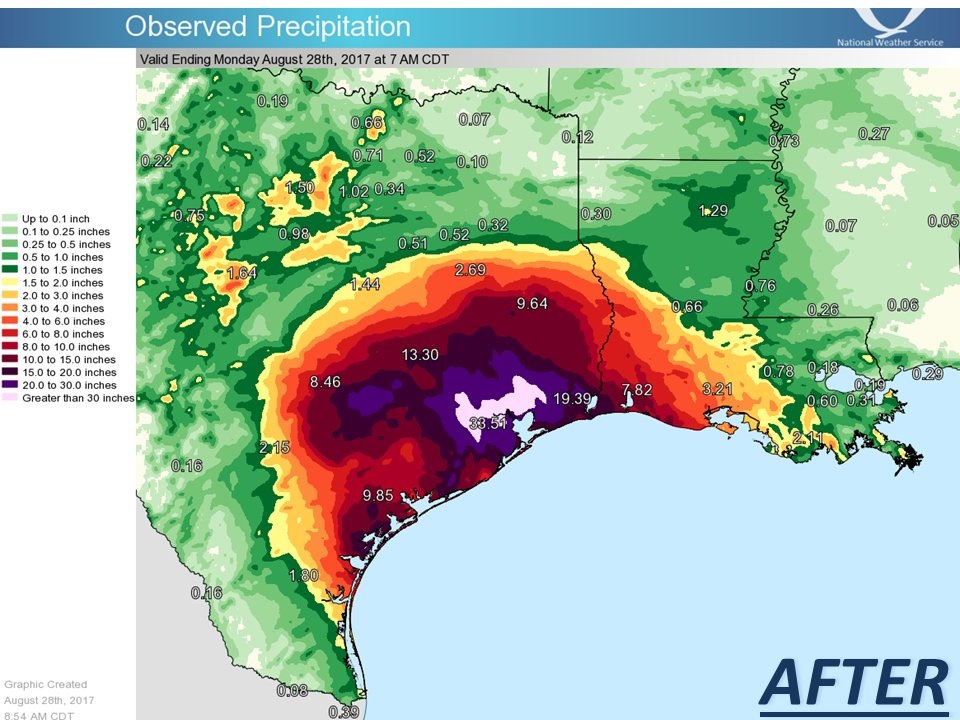 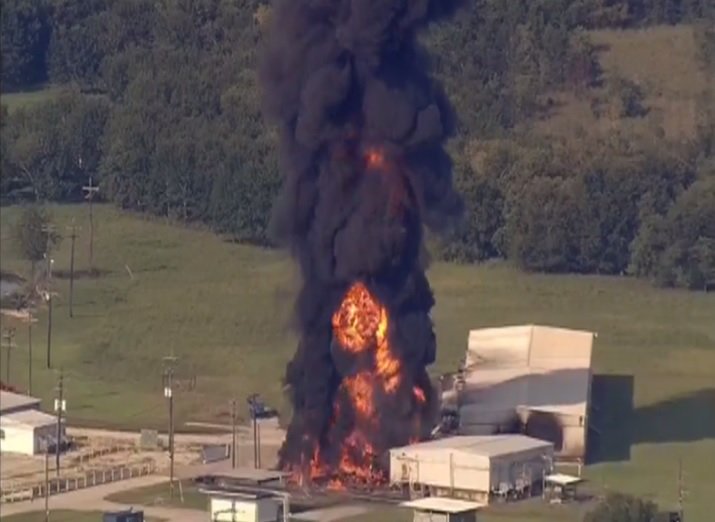